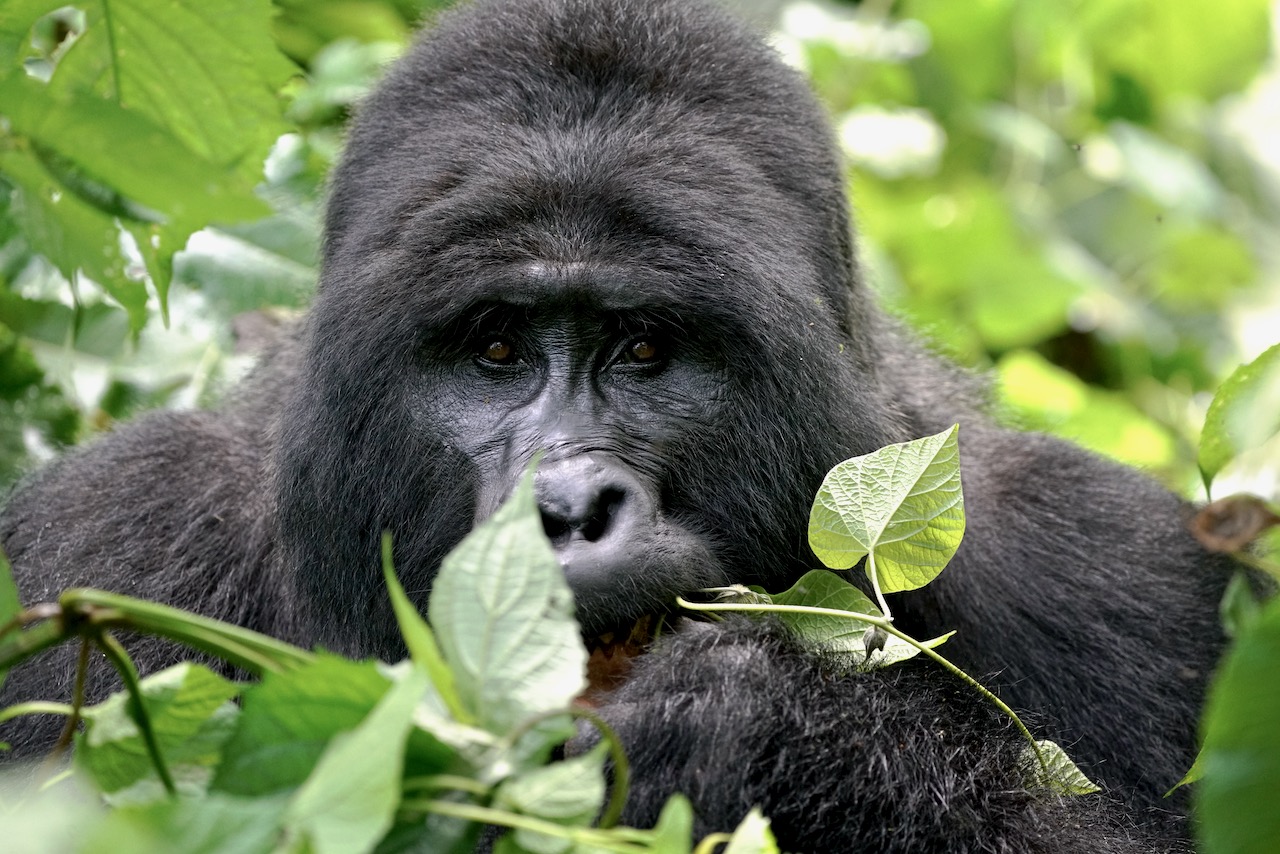 Foreword: As with all my trips, there is motivation, lots of curiosity, a focus and of course a certain amount of longing which attracts me. But with just as much interest and enthusiasm, I plunge into the historical, cultural and economic facts of the country in search of the best sources. Although my focus during this trip was on photography of the wild animals, I would like to give my impressions, after many discussions, research and confrontations, free rein in the preface and not turn my back on the events. 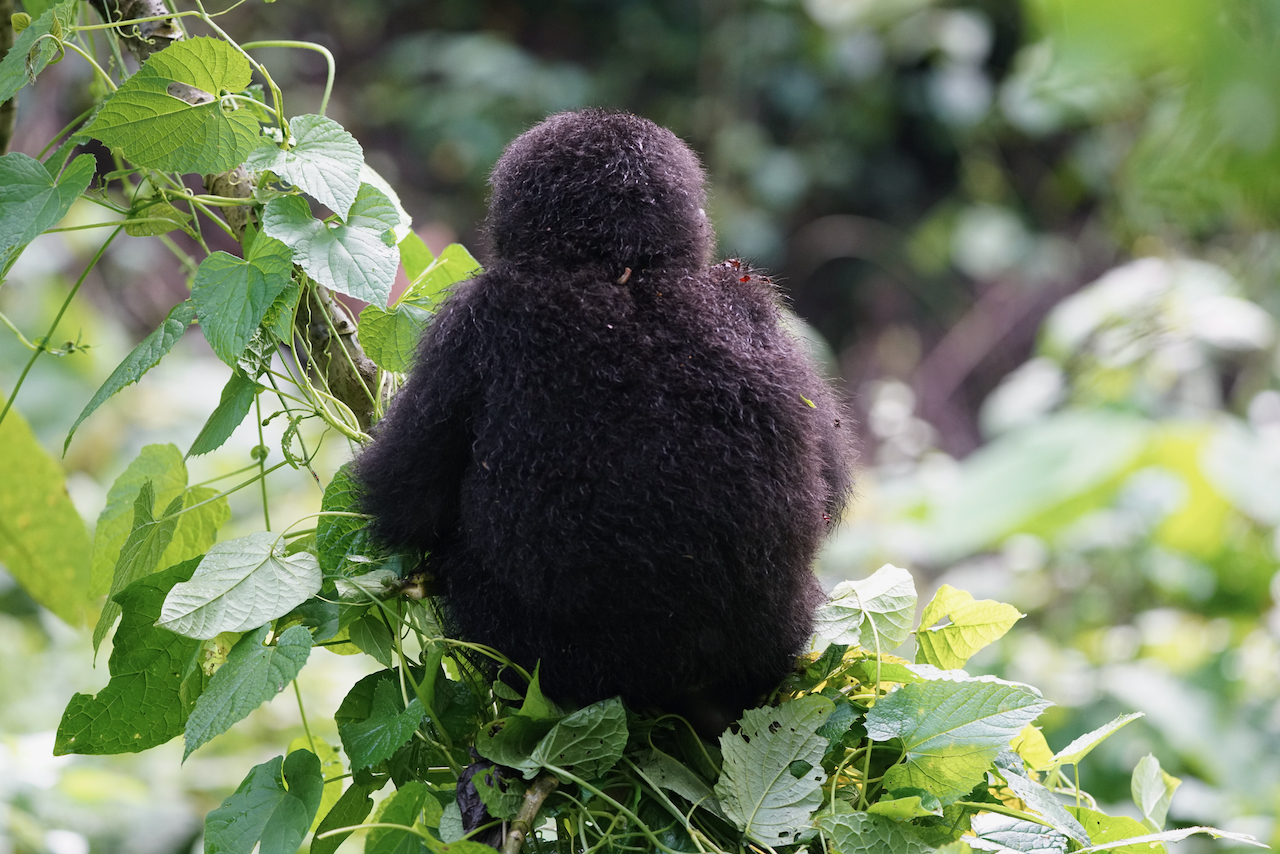 Uganda, traditions as self-circumcision against change! In Uganda, not only girls get circumcised (even if the FGM rate/female genital mutilation is below 10% across the country) but the entire people. Traditions serve rulers and tribal leaders as shackles against progress, knowledge and freedom. The independence of Uganda, with the withdrawal of the British in 1962, loosened the chains of the colonial era but chained the entire population to the new old representatives of the country. The radiant smile of the children conceals the lightness like hopelessness, and even if there are no more anklets, it is nevertheless collective enslavement to be felt, just in new clothes. Mainly young people in rural areas are denied access to information, such as knowledge and the resulting opportunities, by the ‘old’. As it should be, everything is always in the eye of the beholder. Because what spills out here to me as a wave of hopelessness is in most cases regarded as promising by the (rural) population – goodbye England, welcome China!

Blog I / Uganda, on the silver (back) of corruption. Gorilla tourism began in Uganda – with Walter Baumgärtel, who ran the Travelers Rest Hotel in Kisoro from 1955 to 1969. However, it was only operated intensively from 1978 onwards, when the Mountain Gorilla Project in Rwanda accustomed some gorilla groups to tourists. At around the same time, gorilla tourism started in Kahuzi-Biega. The income from the visits is intended to ensure the protection of the gorillas. From 1973 to 1989, the number of Virunga gorillas rose from 261 to 324; this positive development was attributed to the tourism project. There are now visits to the Eastern and Western Gorillas in several areas. As of December 2019, there are almost 400 gorillas in the Bwindi Forest National Park, with an annual growth rate of 2%.

How are the gorilla visits controlled? So that tourism does not harm the animals, the number of tourists is usually limited to 8 people per gorilla group and the visit time to 1 hour. The considerable sums that have to be paid to visit a gorilla lead to corruption. In the CORRUPTION PERCEPTIONS INDEX 2018, Uganda ranks 149th out of a total of 180 countries in the international corruption index!

Many people earn from it, and there is a risk that the focus will no longer be on gorilla protection, but on the money. It is only through rigorous government control that people can be prevented from breaking the rules. If you go below the prescribed minimum distance to the gorillas, the risk of disease transmission is increased drastically. It is primarily the responsibility of each visitor, whether tourism harms or benefits the gorillas. As of December 2019, such a gorilla permit costs EUR 540.- and will be increased to EUR 630.- by July 2020! There are a large number of tour providers in this regard, and the offers reach the level of individual requirements. Therefore and at this point, my recommendation for guided tours in Uganda is as follow: Habiri Travel / German 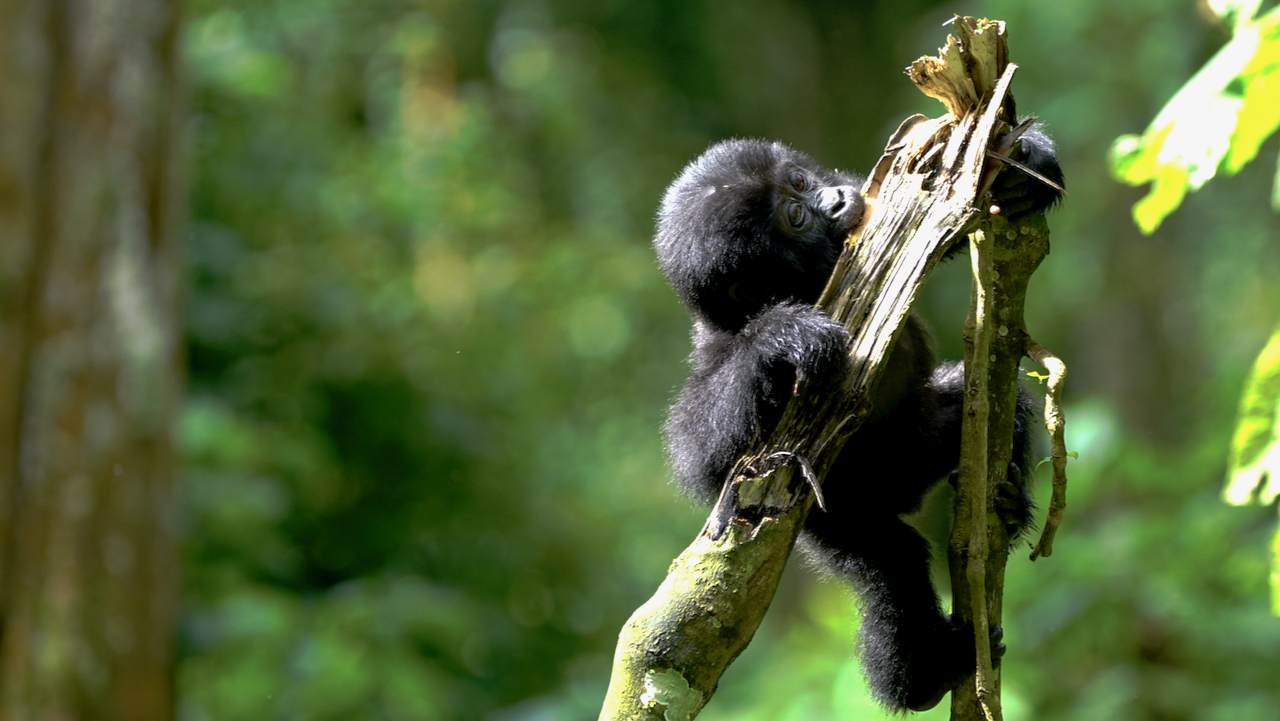 Officially, 20% of the total revenue from gorilla tracking and surrounding communities and their residents flow back. After dozens of discussions with the locals on the spot, it quickly became apparent that this was probably not the case. When I went for a visit to the Uganda Wildlife Authority’s main office in the capital Kampala a week later, after a few questions, I became polite but helpful reprinted to the door! If you (nevertheless or even more so now) are interested in a gorilla tracking tour in Uganda, the following link Bwindi Forest National Park  could be one of your first contact points.

Gorilla Tourism – Pros and Cons. There has been intensive gorilla tourism in Rwanda since the late 1970s; Mountain gorilla groups were accustomed to people especially for tourist visits. This later happened in the Democratic Republic of the Congo and  Uganda. So that the animals do not suffer from it, strict rules apply to the visitors. But is that enough? The use of the gorillas is intended to ensure their protection – but tourism can also have a negative impact on the animals. Video: My first encounter with mountain gorillas 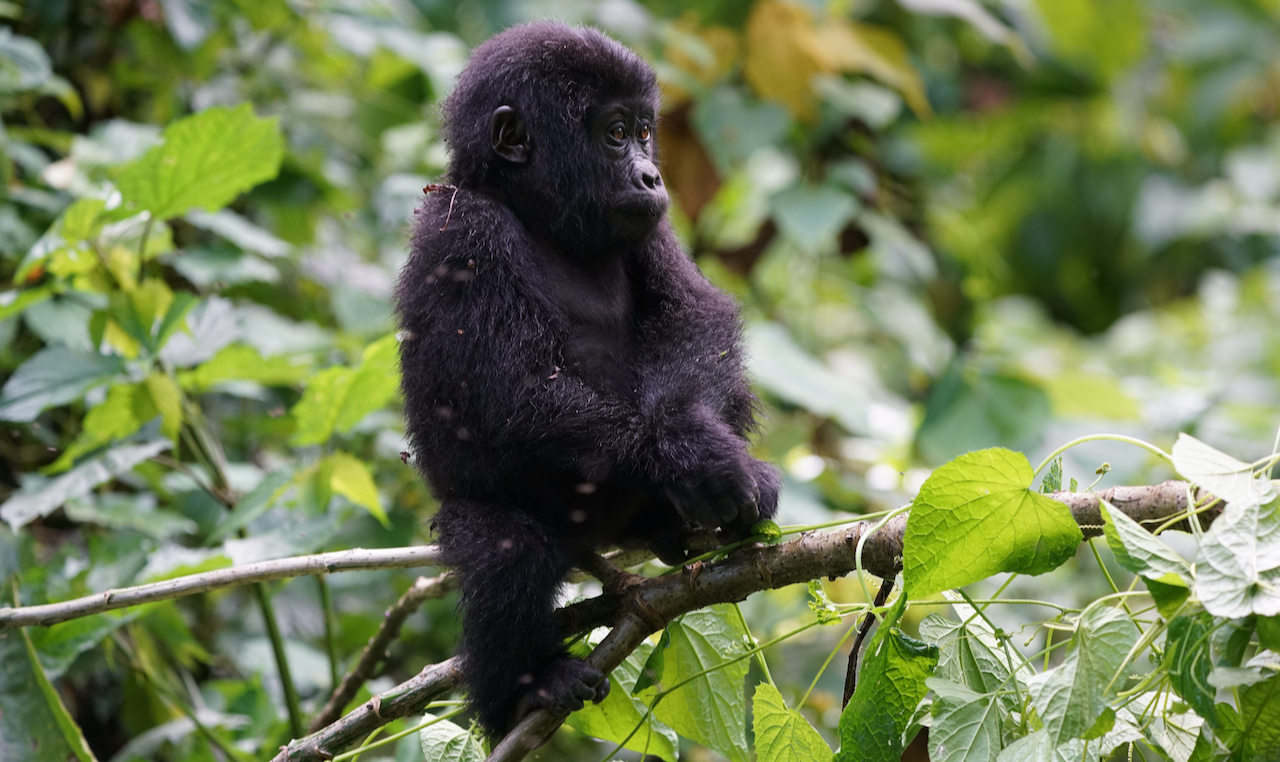 Evolution: The history of primates goes back around 70 million years. In general, it is believed that the great apes separated from the other apes about 10 million years ago. Shortly after that, the gorillas separated from the great apes, and about 6 million years later, humans and chimpanzees went their separate ways. The photo gallery (above and below) shows you Mishaya, the dominant silverback of the gorilla family of the same name in the Rushaga sector of Bwindi National Park, Uganda.

The DNA tests and investigations of fossils made more and more known about the origins and development of the great apes. With most of what we know today known over the past 30 years, we can hope to learn a lot more about the gorillas and their evolution in the near future. It is assumed that there was only one type of gorilla at first. Due to the climatic changes around 1.75 million years ago, the animals separated, which gave rise to the Eastern Lowland Gorilla  and the Western Mountain Gorilla. Over the years, two genetically different species have developed, but they are closely related, similar to chimpanzees and bonobos, or like modern humans and Neanderthals. 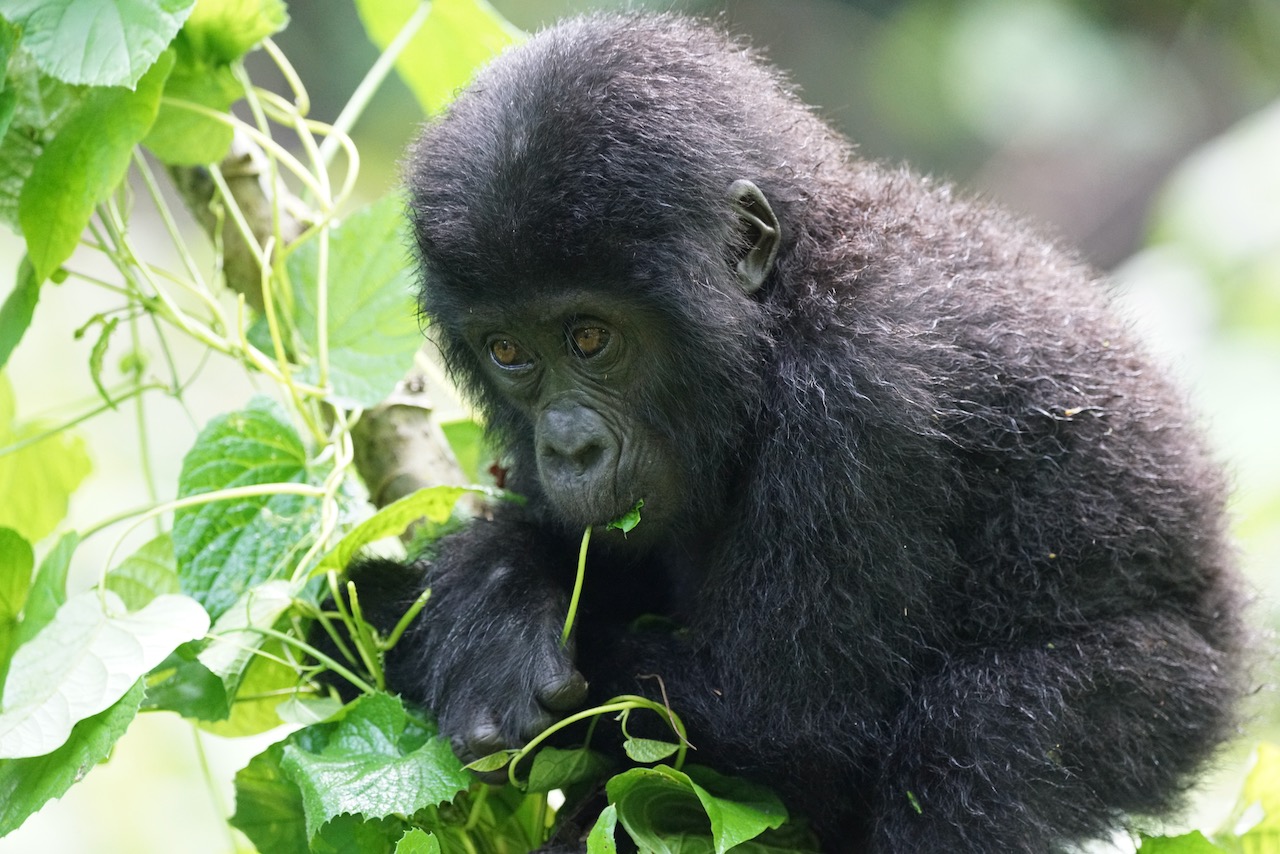 It is believed that the Eastern Lowland Gorillas and the Mountain Gorillas separated approximately 400,000 years ago. The gorillas’ genes are 98% identical to those of their cousin, humans. A recent study (2012) shows that the relationship between gorillas and humans is much closer than previously thought (which is exactly what Charles Darwin (1809-1882) has always claimed). Further research may reveal even more surprises, and previous knowledge about the evolution of apes (including humans) is changing, so it is clear that new insights into the history of monkeys regularly cause a stir and lead to heated discussions. Video: Gorilla Trecking, December 2019

Classification of gorillas. To date, the classification of gorillas has changed several times through DNA testing and behavioural research. In the beginning, gorillas were seen as one species, divided into an Eastern and a Western species. Subsequently, the gorilla was considered as a species that is divided into three subspecies: Eastern, western lowland gorillas and mountain gorillas. The mountain gorilla was initially considered a subspecies, but today it is divided into two subspecies. The differences between them are sometimes minimal. For example, the hair of the Bwindi gorilla is shorter than that of the Virunga gorillas. This is because Virunga gorillas live at higher altitudes than Bwindi gorillas. The two gorillas also differ in behaviour. Further information on the classification can be found at WWF – Species Encyclopedia.

Studying mountain gorillas. One of the first mountain gorilla researchers was the American Carl Akeley. After initially deciding on the old-fashioned method of killing, skinning, stuffing and exhibiting, the researcher gradually concluded. Thanks to Akeley’s efforts to protect mountain gorillas, the first African national park, Albert National Park, was founded in Belgian Congo (the former Free State of Congo) in 1925. It was later renamed Parc National des Virunga. Images below: Mishaya, the dominant silverback of the Mishaya gorilla family in the Rushaga sector of Bwindi National Park, Uganda.

In 1959, the German-born American zoologist George Schaller began researching the behaviour of mountain gorillas in the Virunga Mountains. Its first publication appeared in 1963. But it was only the book “Our next relatives” (The Year of the Gorilla) from 1966 that caused a sensation. In contrast to the previously known wild stories about gorillas, according to this book, the close relatives of humans seemed to be intelligent and peaceful animals, “gentle giants”.

In Schaller’s footsteps, Dian Fossey  began a large-scale study of the mountain gorillas in the Parc National des Volcans in 1967. From the Karisoke Research Center, she launched one of the world’s most extensive wild primates studies. The works of Schaller and Dian Fossey still exist today and functions as a base of all studies. Photos: The famous Travellers Rest  which Dian Fossey called her second home. 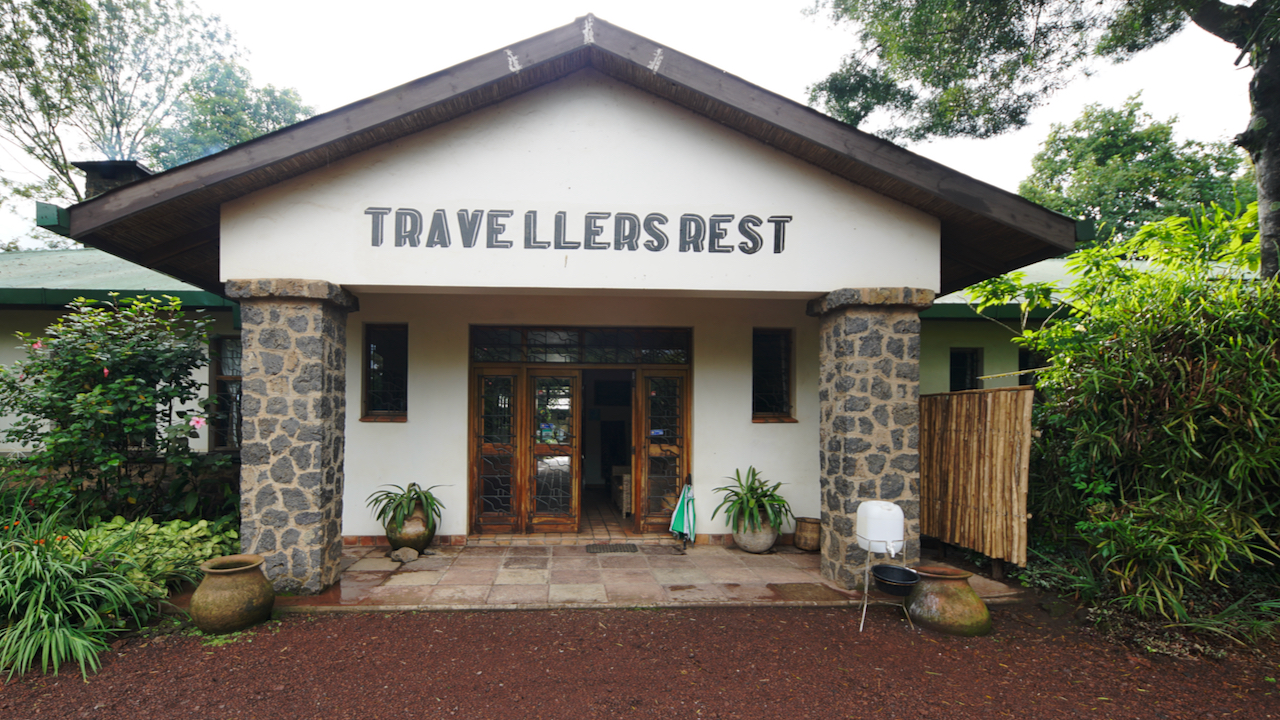 Support for the mountain gorillas. Knowing that mountain gorillas are threatened with extinction has led to the establishment of many foundations, funds and projects. For example, the International Gorilla Conservation Program  (IGCP) has set itself the goal of protecting mountain gorillas and their habitats in Uganda, Rwanda and DR Congo. It cooperates with the African Wildlife Foundation, Fauna & Flora International (FFI) and the World Wide Fund for Nature (WWF). The IGCP not only supports the authorities of the three countries in preserving nature, but it also helps the locals who live with mountain gorillas around the national parks. The introduction of eco-tourism (gorilla tracking) and the associated increase in prosperity has permanently changed the attitude of many locals in relation to their surroundings.

Dian Fossey founded The Digit Fund to support the Karisoke Research Center. The organizations Rwanda Development Board, Uganda Wildlife Authority and the Institut Congolais pour la Conservation de la Nature, which have been appointed by the governments of the three countries, have agreed to protect the mountain gorillas in their territories and to exchange information.

The future of mountain gorillas. Although the number of mountain gorillas has increased, there are still lots of challenges. As long as poaching or hunting for bushmeat is ongoing, gorillas are threatened. And still, gorilla babies are offered for sale! The mountain gorillas’ habitat is becoming smaller and more fragmented so the IUCN status remains “seriously threatened”. The continually escalating conflict between rebels and the Congolese army poses a significant threat to the mountain gorillas. But not only are the mountain gorillas at risk, the employees of the parks, the rangers and their families are also no longer safe in their lives. Anyone who opens the beautiful book Mountain Gorillas von Eckhart & Lanjouw (2008) is faced with the bitter reality: two pages with the names of rangers, trackers, porters and researchers who paid the highest price for protecting mountain gorillas.

I am still very impressed with the Uganda trip, especially the close contact and the resulting interactions with the mountain gorillas. Their social behaviour is so similar to ours that empathy attracted me magically.  I am immensely grateful for those close encounters and touching experiences. Roland Hummer, December 2019 / Uganda. And for those of you who like to drive off-road or would like to have a visual insight from the driver’s perspective, here is a Video: Roads of Uganda. 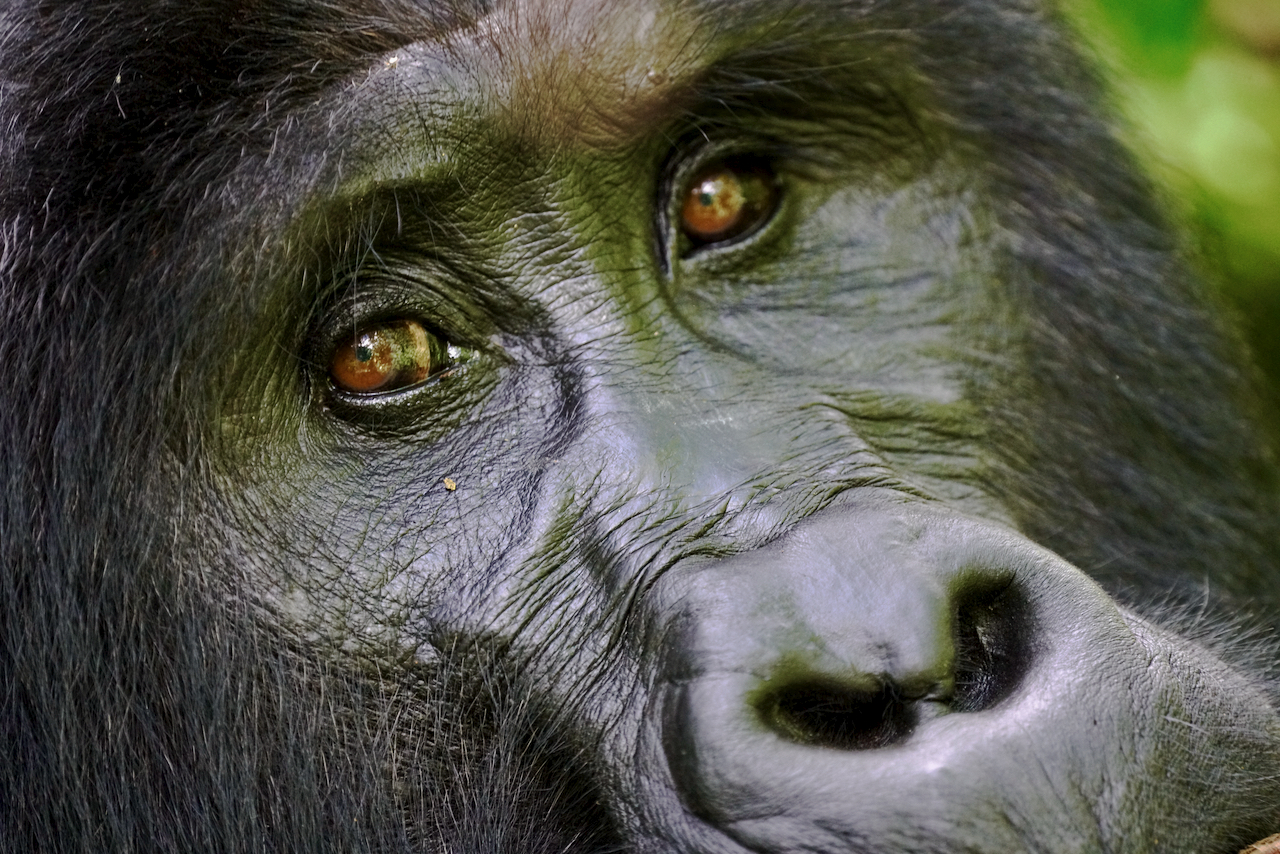