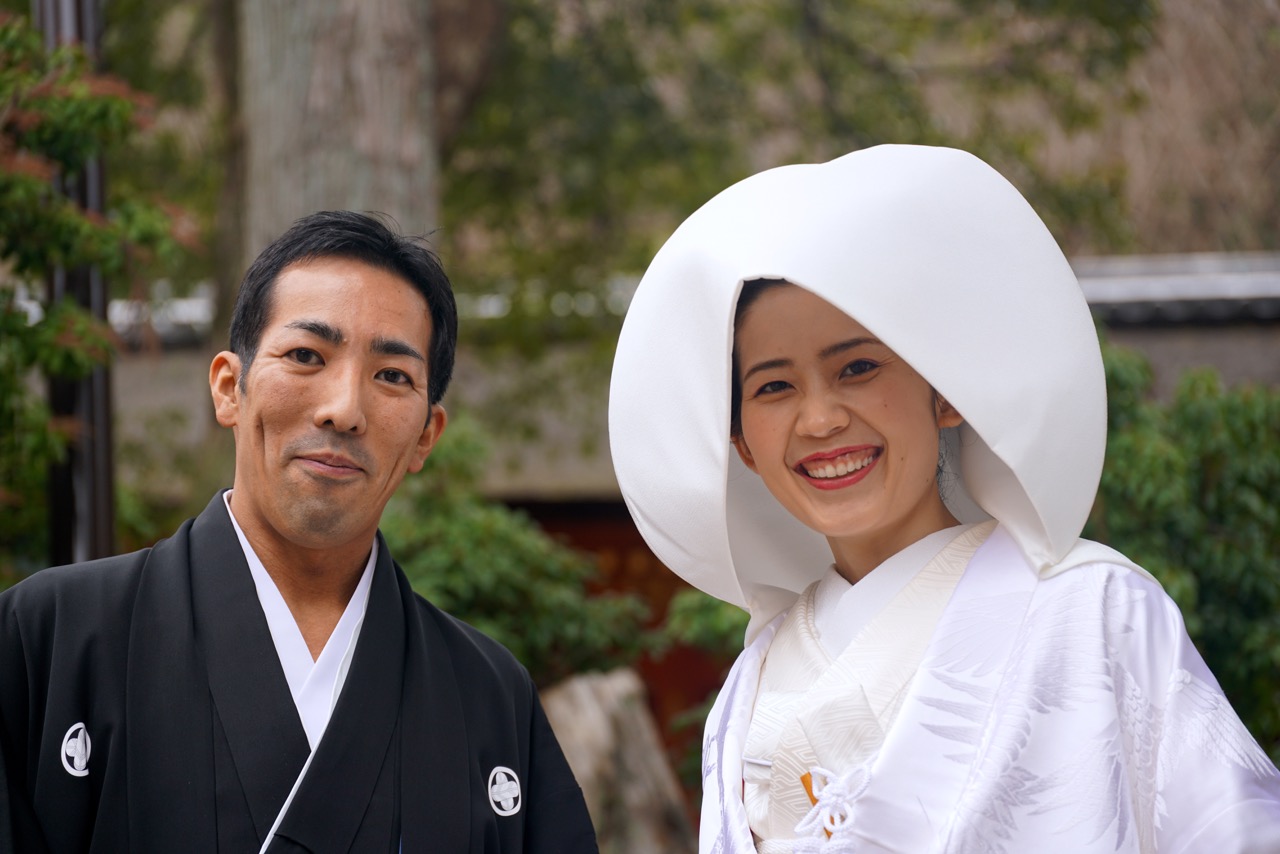 With a population of 377.000 Nara is a small town besides most of the other big cities in Japan. It is a ‘quiet’ city but it was not always like that because Nara was, in the Nara time where it was known as Heijō-kyō, the capital city of Japan. That was between 710 and 784 before Kyoto became the capital city. The old temples you find in and around Nara are mainly from that time period and most of them are still in a quite good condition because they are, until today, very well looked after.

The slower and local train needs about 90 minutes from Kyoto to Nara and is a good way to get some more impression from japans countryside and as usual, you can count on that you will get all the needed ‘tourist’ information on arrival at Nara station. This time I booked an Airbnb accommodation a bit out of town so I could dive a bit into a local scene. The small guest room with extra bath and toilet was just 20 minutes out of town, easy to reach by bus and after being in big cities this was just the right decision (besides the air was better as well). In general, you can say that the Japanese are very familiar people and they appreciate their secluded homes.

Because of the amount and very well maintained temples Nara is definitely a hot spot for tourists in Japan. Some of the temples, shrines, and ruins in Nara are part of the UNESCO World Heritage sites and among them are,   Todaiji Tempel    /   Yakushiji Tempel     /     Kohfukuji Tempel     /     Kasunga Kaisha Shrine

Nara is also a (nearby) recreational area so many Japanese people from Osaka and Kyoto are coming on the weekends and it can get really crowded. Nara park is full of deer which are moving around fences and special cookies are sold everywhere to feed them. So you can imagine now how it looks there on a weekend with all the families and selfies which need to be made. So for those of you who are a bit flexible on when to come, do not choose the weekends, or visit the park early morning.

On the way to Nara Park, you will encounter various restaurants and shops but one of them is a real highlight because you can watch locals making Mochi, a very typical Japanese dish. Traditionally they use Mochi rice or sticky rice for that which will be steamed first. Mochi-Pounding After that the rice mass will be put into large wooden tubs and hammered till it gets the right chewy consistency for further processing. These are just a view steps for a Mochi – dough production and because the traditional way of making the dough takes a lot of time you rarely see it. It is shown sometimes as a presentation or at exhibitions and fairs. Meanwhile, machines have ‘helped’ to simplify the process… the show must go on! How to make Mochi

The get the typical green color for the Mochi dough Yomogi is used. Yomogi is a Japanese wild plant also known as mugwort and gives the mochi its natural green color and refreshing taste.  Yomogi

It was one of this unpleasant cold and wet Sundays where you rather stay in bed then to rush out hoping to get some great photo shots. The weather in the winter month, especially the southern part of Japan, is quite often like that. Anyway… to get a good story or pictures for a blog you have to take your job as serious as all other jobs and be on the spot with many issues.

Few people might think writing blogs is a ‘dream job’ but let me emphasize that it is a costly and hands-on choice you are making there. Besides traveling, which can be very tiring as well you spent lots of time  at your laptop, either working on your pics, your text, your layout, investigation and research, countless working hours with the social media platforms, or you have to check your flights, your accommodations, how to get from the airports -subways-buses etc. to your place of destination. This is just a hint of whats expecting you and then you do not even have a story or single picture yet. The stories itself and what I am writing about rising up whilst being and exploring a new place, at least that is how it works for me. Of course, you have certain ideas but many times they change for some reason. To write a blog is a little bit like doing pottery, you start with an idea but the product is getting created whilst doing it.

I know…i know… I was drifting a bit away, okay where were we? Oh yes, it was unpleasant and grey outside on this particular Sunday and I always was thinking to turn around and go back to my cozy room because I haven’t even made one picture yet. But then, by one of this mentioned many small temples, I did seem a group of wedding guest and I rushed there right away. I had to put aside the personal and cultural respect for some time otherwise I would not even have made it close to this private wedding celebration. After I had asked for permission trough body language (a real shame I do not speak Japanese) I was invited to join and take pictures at a respectful distance. The wedding ceremony was almost finished when I joined in but luckily I got this shots… because I did not stay in bed on this cold and grey Sunday morning in Nara – Japan. 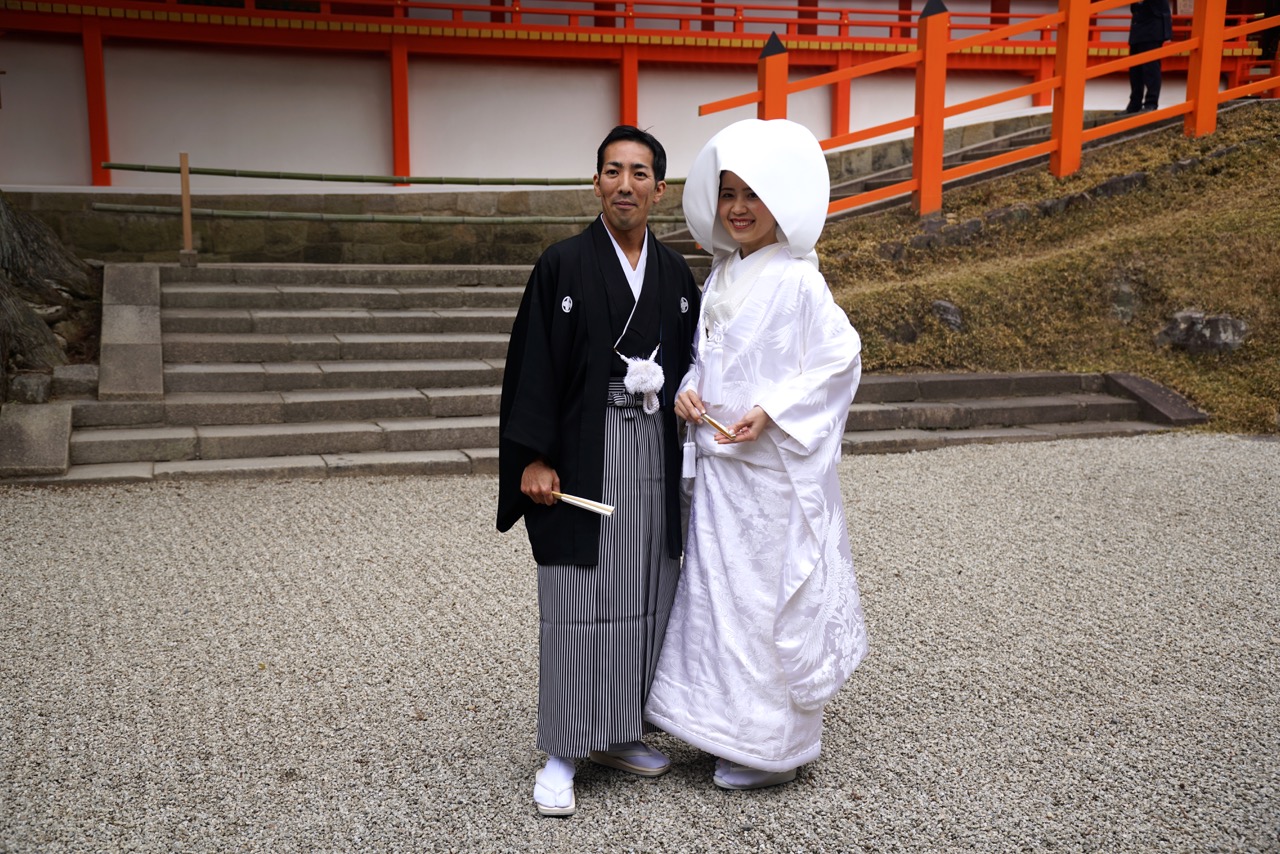 In the last two blogs I was writing about some strange Japanese phenomenon but this time it is not a phenomenon it is an alarming fact about the obsolete Japanese society. The figures are shocking and unbelievable, the approaches thrilling and for sure the system which the Japanese government is trying out to handle this existing and rising challenge will be copied by other countries.

The basic idea or keynote for a solution on how to handle this issue is: Those very old people should be looked after from less older people. So they are creating communities right now where this model is lived and tried out. The wave of superannuation of a population is hiding Japan as one of the first countries worldwide and of course, has a great impact on the economy of the country. 127 million people are living now in Japan and in 2060 the figures show 40 million less ! If the average mortality and fertility continue like now the predict that in 2110 Japans population is down to 43 million!

A country which is known to be very progressive is losing its population. Here are some very interesting reports about it:Japans-population-is-shrinking   /  future-demographic-report    / Aging-of-Japan

Last but not least there is one more very sad phenomenon: Karōshi …and Karoshi means death by excessive labor! Because most Japanese people identify themselves with the company they work for they neglect their own necessities. japans-karoshi-culture  /  karoshi   /  japan-economy-overwork