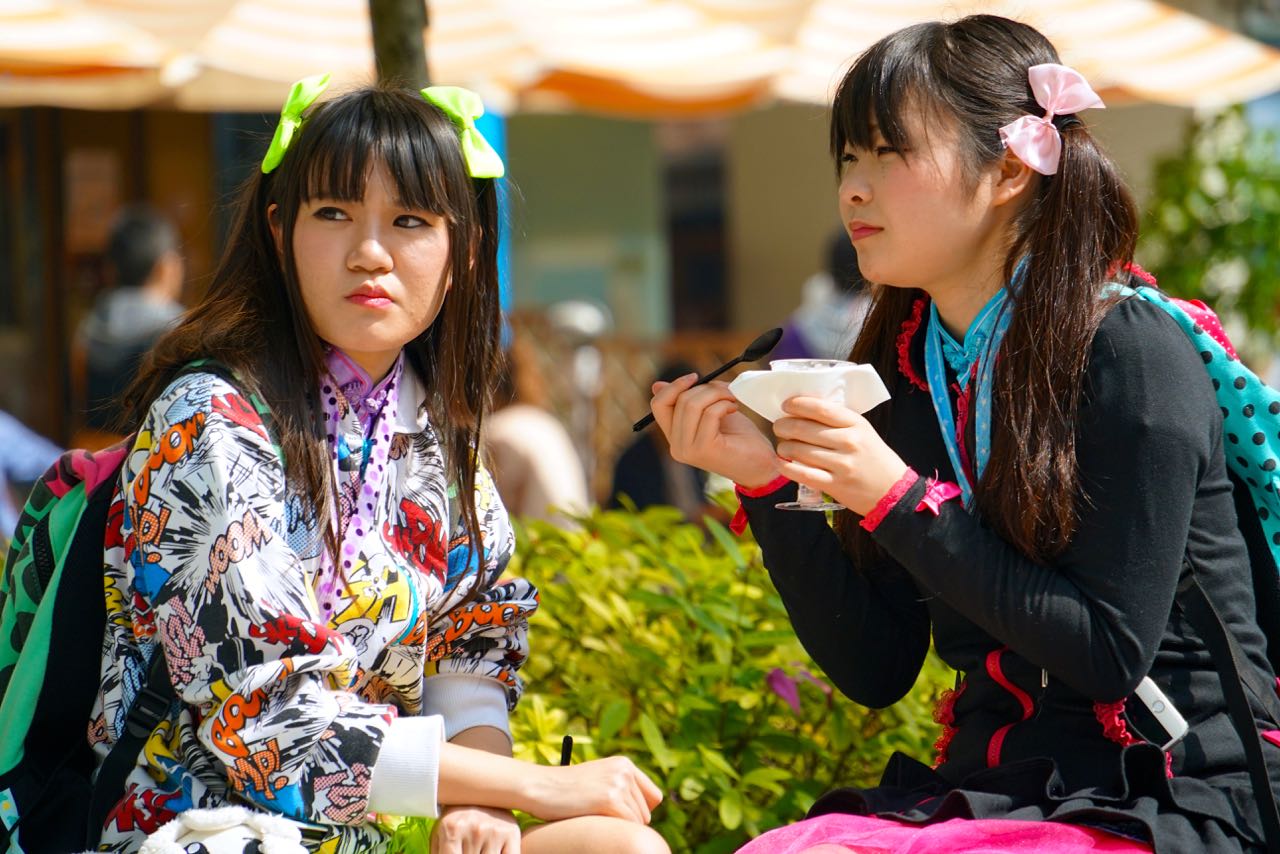 After four exciting, stirring but cold weeks in South Korea and Japan I was happy to feel some warmth of the sun on my skin. It was late afternoon when I arrived in Hong Kong and right away I strolled down towards the bay. But where am I?

The same questions asked the British East Indian Company who arrived here in 1699 for the first time and they did get an answer from the local people who were working at the docks: ‘Hong-kong’ (in their dialect) what literally meant Frankincense. The British sailors thought that the name was meant for the entire island and the translated ‘hong’ (in Cantonese höng) which also means ‘odor’ as well as ‘frankincense’.

I enjoyed strolling around the harbor while the city rampaged in its daily grind, a vibrant self-maintaining organism. Hong Kong as a city, a masterpiece of individual parts. Simply brilliant, simply disillusioning. I was surrounded by noise but inside me, it was totally silent. I opened my eyes, felt the warmth of the sun and was ready to dunk into town. Ready to immerse, open to explore and encounter the difference between here, compare to there, where I was yesterday. I am very aware of the privilege of traveling and while I drift through the world I feel untransparent and receptive – sensitive to all ‘new things’ all at once. Almost everything I encounter is different to familiar and that opens space (inside me) as well as a great appetite to learn more about the world. Maybe that sounds a bit philosophical but that’s just another honest fragment of my journey, no wonder that after all, I am my own traveling companion!

My accommodation I booked, like most of the time, via Airbnb and did you know that Airbnb is offering tours, tour guides and workshops as well (check it out and save money). Anyway.. the apartment had a great location from where I was able to reach the MTR line, metro Nr. 1 Ho Man Tin, within 5 minutes. Hong Kong is really loud and so was the district I stayed in but that was fast forgotten by the great people who rented out the place. A wonderful and cultural mixture. First off all there was Rasmus a software engineer from Lithuanian who lived in Hong Kong already for five years, his Columbian girlfriend Rossana (a Salsa teacher) added rhythm to the household and then there was Mike (a longterm friend of Rasmus) who came from Zimbabwe and worked for an IT company. What a fun ‘crew’ in this tiny 50 square meter apartment and just to mention… I needed to fit there as well! The bathroom is about 2,5 square meters and the condition of the apartment has seen better days but for Hong Kong, the quality was still fine. The monthly rent is $ 1900!!! 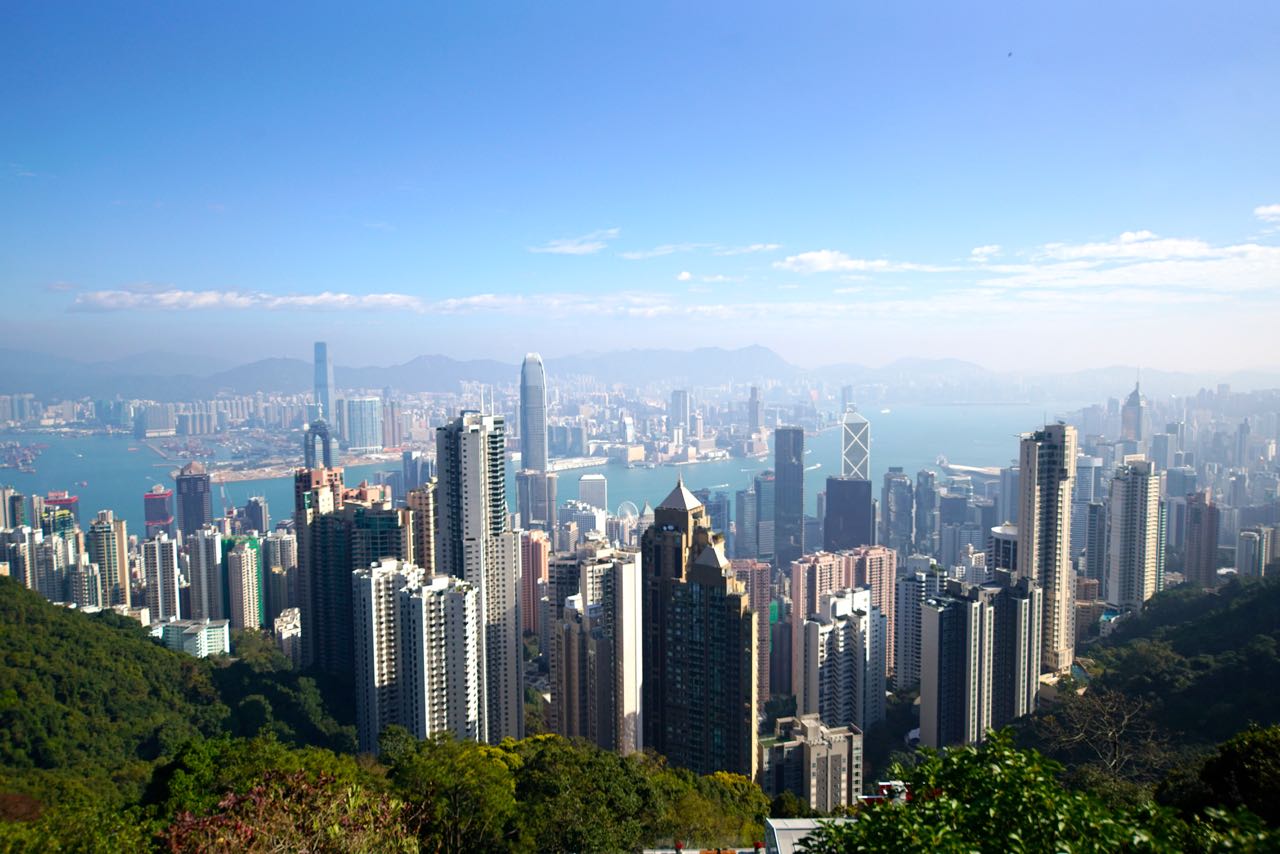 The amount of information which descend on me in the last couple of weeks were enormous and I feel that there was hardly any time to process all the material. My mind urged to digest, the pictures, as well as the text from South Korean and Japan, needed to get organized before the next wave of information would overwhelm me. Here in Hong Kong (so I thought) everything will be different, more easy, more relaxed….well it did not work out and I found myself in the same loop of pressure again. I caught myself by swearing about my own blog, damn… this is my blog so I can do whatever and whenever I feel like to!!!

True. True in a sense… but on the other side a blog develops its own dynamics and is subject to certain conditions, such as delivering. It does not matter if it is about feeding social media or other accordingly obligations, that is all secondary. Ever since I started the blog I felt being behind, being behind with everything! So I had to shift my priority and that I did with focusing on how I personally felt about the quality of the blog. That, however, slowed me down because to deliver authentic quality, just takes time. And that is now my premise. So not just my trip turned into a self-reflection journey, the blog itself did as well.

Exhale…, one more time and then I started my stroll towards the city, had coffee and left all the pressure behind me. My interest to discover was awake again and I felt that I had enough ‘space’ for taking all the new information in. So let me tell you: The name Hong Kong has its origin from the Cantonese „Heunggong“ ( „Hönggong“ to pronounce) but is officially called Hong Kong Special Administrative Region of the People’s Republic of China. Oh my goodness! The colonised territory Hong Kong is one of the most densely populated cities in the world and its population has multiplied by four within the last seven decades (from 1,7 million in the year 1945 up to 7,3 million in 2015) and in the last 160 years it even increased a thousandfold (from 7500 in the year 1841).

In terms of surface area Hong Kong is not big and in most of the districts you are fine with walking but nevertheless, I recommend to use the great MTR = Mass -Transit – Railway system which opened their first subway line in 1979 and I voted one of the best subway systems in the world. The different routes are pointed out in colors which makes it really easy to get around. The starting point for the Airport Express and the Tung Chung Line are both found on Hong Kong island, where the traverse the west side of Kowloon before both are reaching the island of  Lantau . At Lantau, the lines bifurcate and finally reaching Hong Kong International Airport and the Tung Chung district.

The easiest and real genius way to get around in Hong Kong is the  Octopus – Card . You can get the so-called Octopus Card almost everywhere in town, its omnipresent and the reason for it is, that you can pay with the card in restaurants, go shopping with it, get your drink from a beverage dispenser or use it for the whole public transportation system. Paying with the Octopus Card makes it really easy and the system is accepted throughout the city. There are several cards you can choose from when you purchase it upon your arrival in Hong Kong or at any other place in town (the card is also available online).

Hong Kong is freaking loud, fast and expensive (especially in terms of living). The reason for the extraordinary prizes in terms of living has to do with the topography. Hong Kong is one of the greenest megacities in Asia and the majority of the space is hilly or to step for building and therefore used for the plants. Most people live in really tiny apartment towers or skyscrapers, houses are unaffordable and exorbitant in the prize. Here one example: A very popular district for investors is the area close to Vitoria Peak where you have pay around 85.000 Euro per square meter!!! With the following pictures I will show you first the older parts of the city (where you still pay $ 2000 for a rundown apartment per month) and then some pictures like you will find it on flyers or online about Hong Kong. 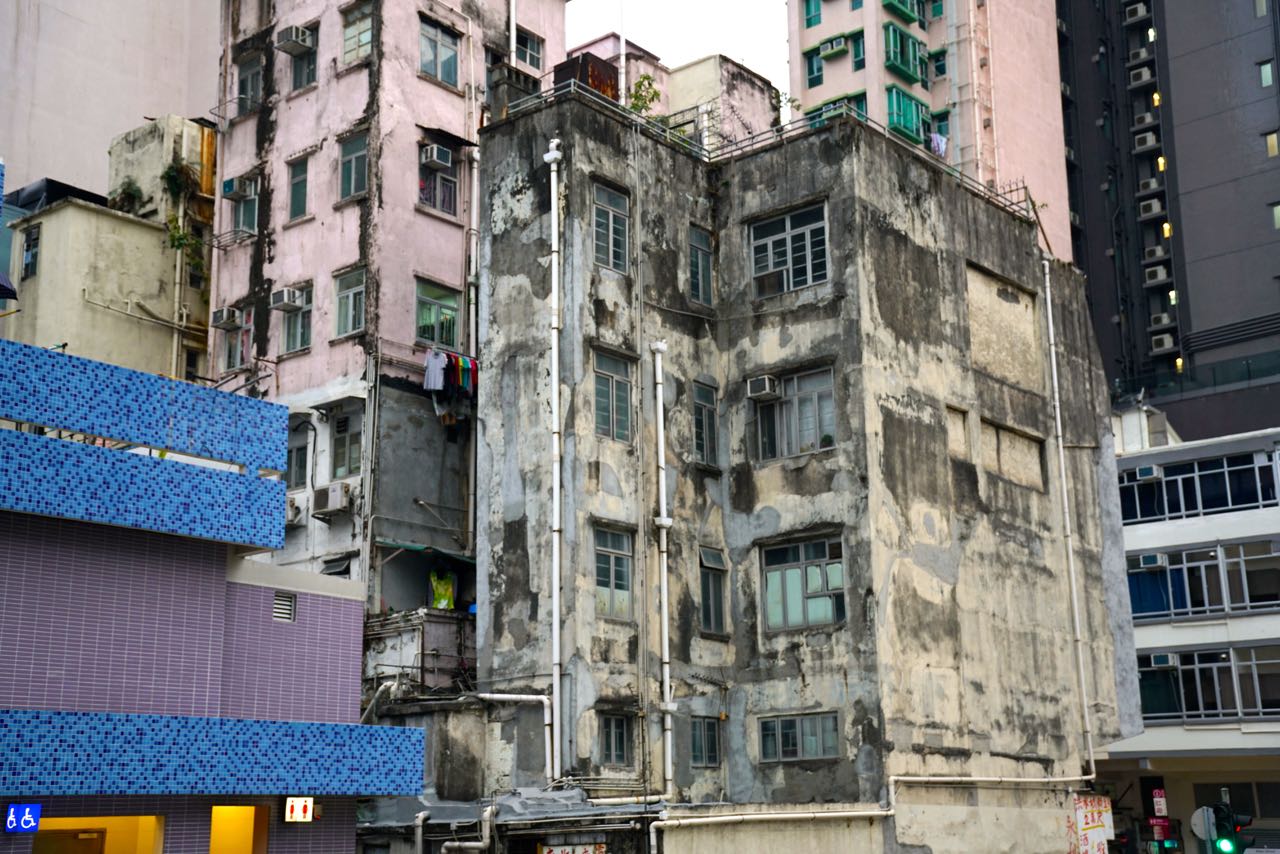 The different districts in Hong Kong you can find by clicking on the link and I got lost several times by strolling around but on the other hand, I discovered regions which I have not planned to visit. To get some fresh air or a different sight then just the town I went often to the local ‘mountain’ – the Victoria Peak. A trip with the Peak Tram is a special experience and I just loved this steep short fare while the skyscrapers roll past. But… if you like to hike (like I do) then you should hike up to the top which will take around one and a half hours and if you like to continue I recommend the 3,5 km Peak Circle Walk. The following pictures are taken on the walk to the top of Victoria Peak. 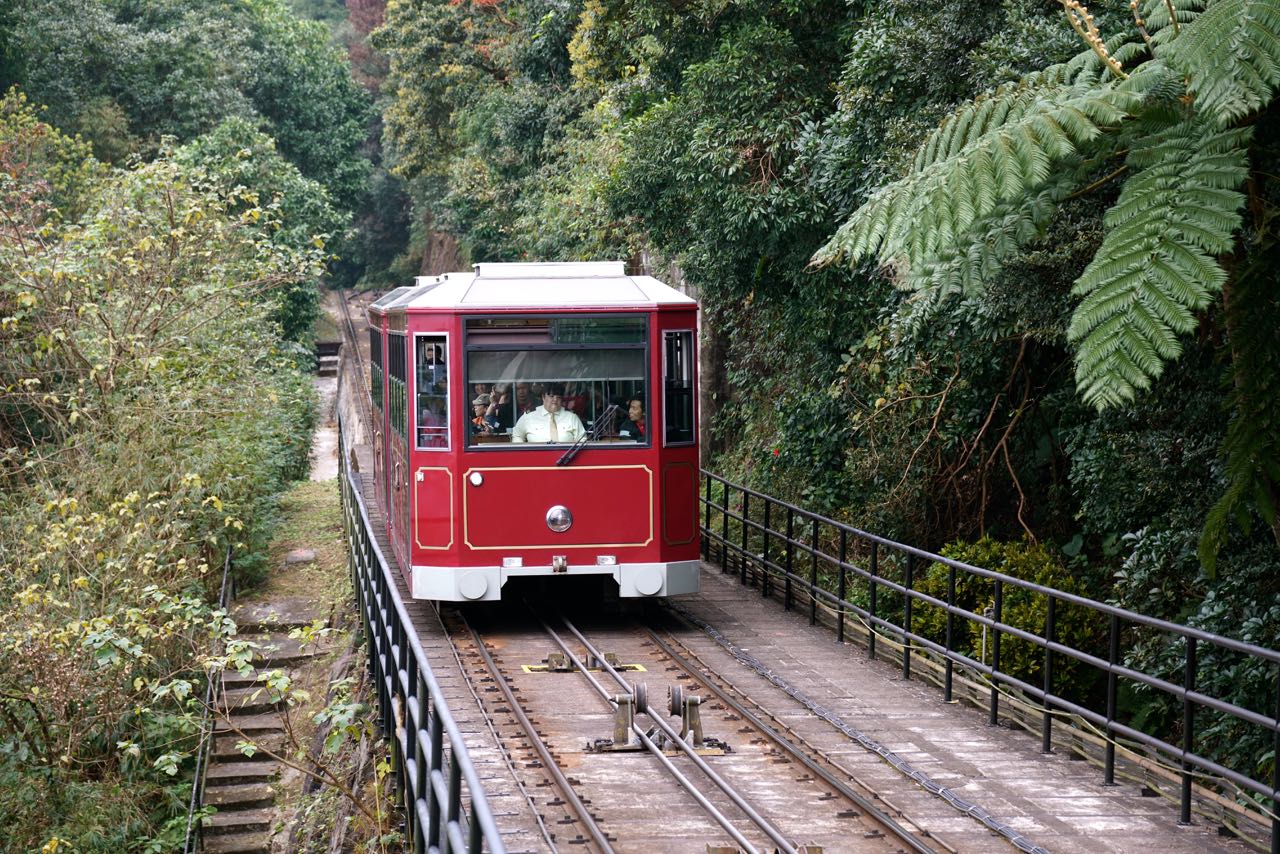 Downtown Hong Kong has, of course, a lot to offer, a wide range of gastronomic choices, fascinating architecture and many interesting sights. Besides all that its interesting that there is still space for athletic activities, predominantly running. Even as a tourist you can just join in when you show up at the harbor because there are numerous of open running groups. The atmosphere at the bay, the pulsating metropolis as well as the cultural diversity are giving this huge city a great dynamic. There would be so much to tell about Hong Kong so it makes it really difficult for me in terms of which story I choose. I guess a bit of thrilling history can’t be wrong and so it is of no surprise that smugglers and pirates have been always a part of it. The labyrinth of islands around Hong Kong as well as the numerous bays offered perfect conditions for all kinds of illegal activities. At the beginning of the 19th century, British traders made their contribution towards lawlessness by smuggling opium into China! The drug problem today is not a surprise since it is an uninterrupted tradition of consuming and smuggling drugs, starting with the establishment of the colony. Enough of the old stories…let me show you the city through the eyes of a photographer. 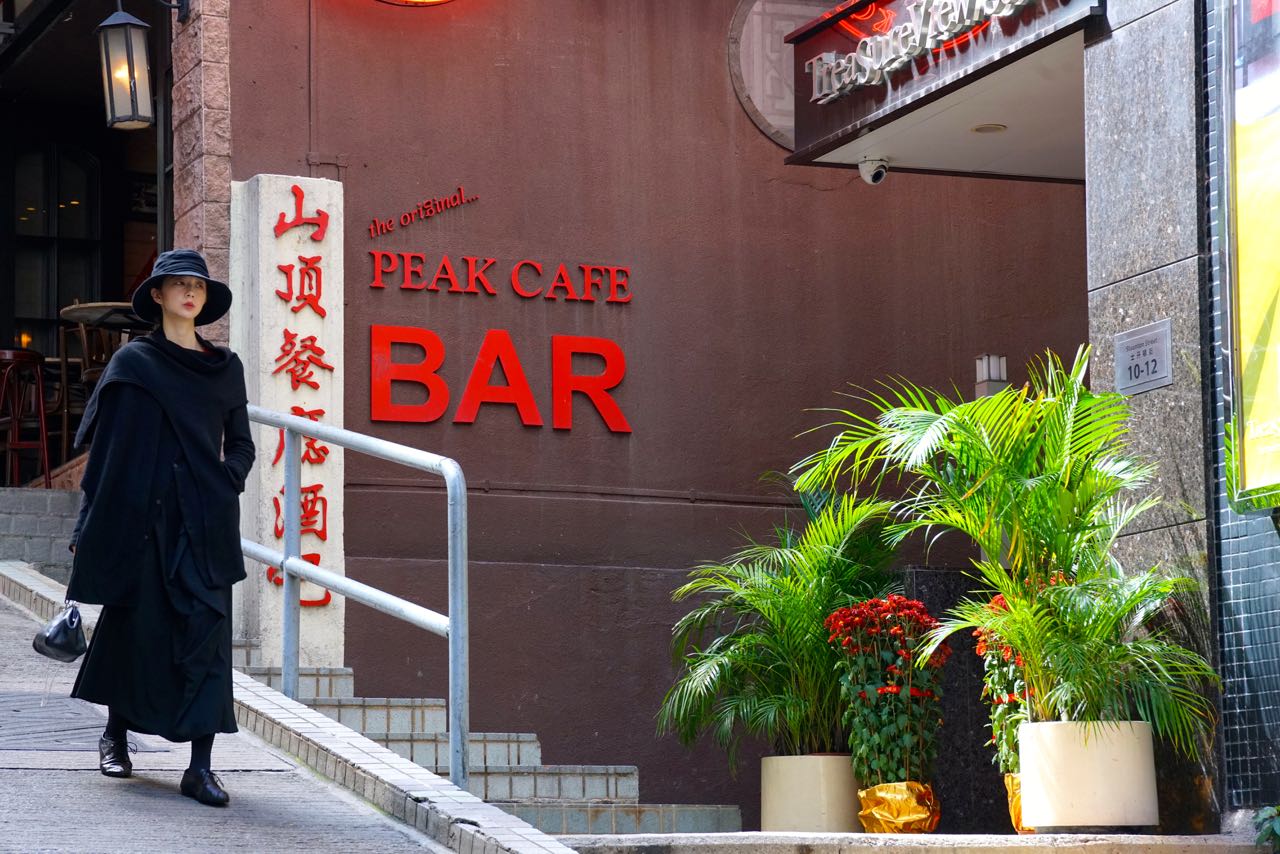 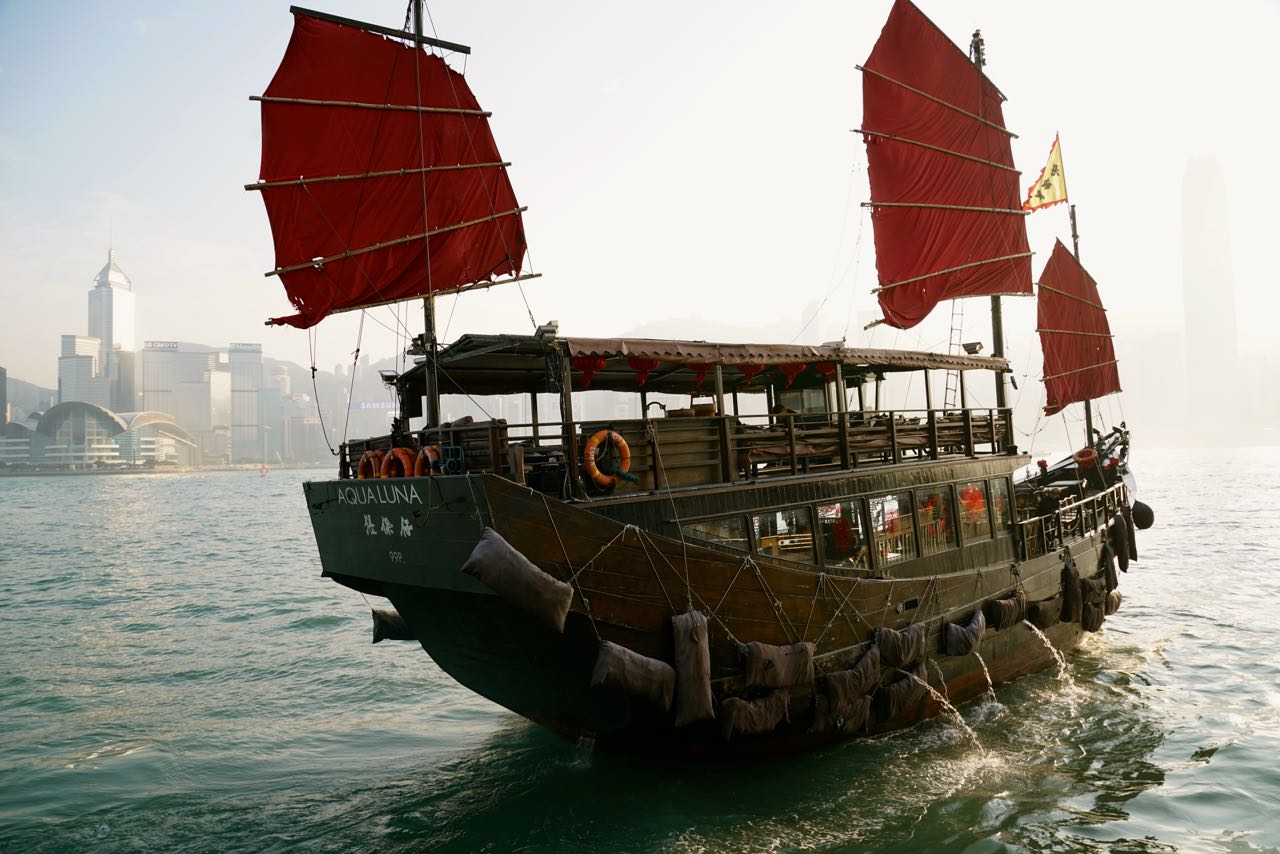 Hong Kong has many faces and that is why the political and many other approaches are contradictory. I am very interested in the process and development in Hong Kong but with my research, I just scratched the surface. Let us move to another issue…. ever since the promulgation of acupuncture has spread to the western world, the traditional Chinese Medicine had a big influence and found wide acceptance. If you like to see behind the curtain about the Traditional Chinese medicine a trip to one of the districts like Yau Ma Tei in Kowloon or to some Western district of the island can be an educational adventure.

I just like this multifarious city with its exciting historical stories, the diversity, and its modern age. Here you encounter tradition with day to day business and with the change of generation it evokes conflicts and the ‘youngsters’ are bringing the old junks at the bay of Hong Kong out of balance. But you have to watch out because Hong Kong is still home to the Triad (organized crime) like Sun Yee On or 14 K Triad, just to name the two biggest worldwide.  The Chinese mafia gangs are called Triad and its origin dates all the way back to the 17th century, the Qing -Dynasty. To forestall: As a tourist, you have nothing to fear, it is not a dangerous city!

Even though I just spent seven days in Hong Kong I felt familiar with the city, I found my ways through easily and enjoyed the huge variety of possibilities. I inhaled the impressions and you are always close to the water as well as to the green side of the city. Tomorrow I move on with my journey which will take me to the Philippine Islands but one slogan: Business as usual… will stick with Hong Kong and its fast beat. 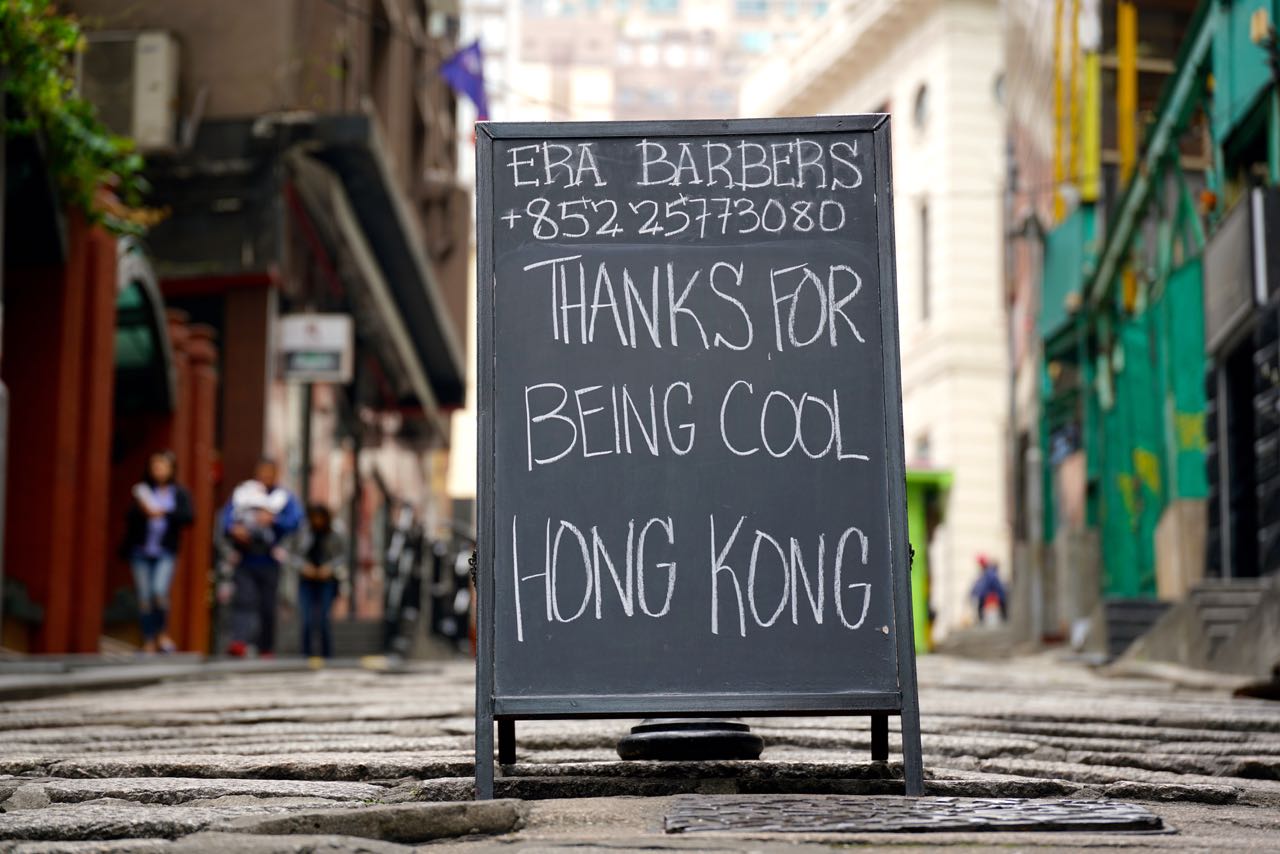 It took a year of planning until a motley crew of friends met at Vienna airport, full of excitement about our...

What beauty, what a pity. The only thing in Tibet that’s greater than its mountains, culture, religion and the...