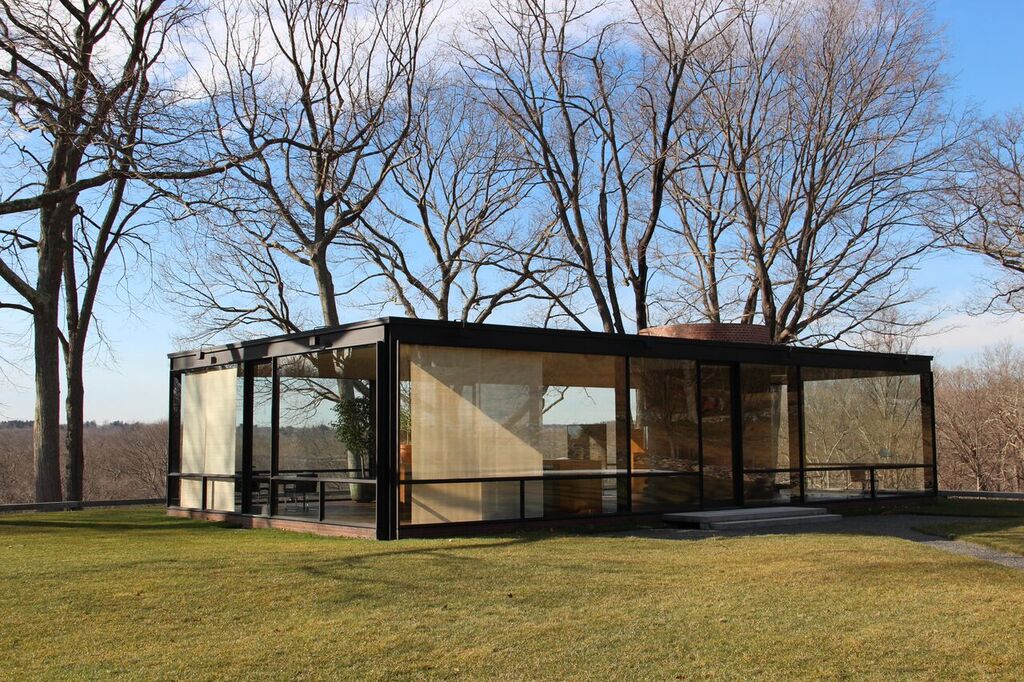 This blog is a contribution from Christiane Zieschang. While living as an architect in Switzerland she is also a construction & building researcher ¦ property economist and a passioned discoverer in terms of traveling. 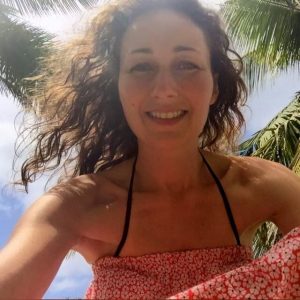 Where to go if you want to leave town? Hamptons, Shelter Island, Brighton Beach…sure,  you can. But if you are looking for some adventure to find one of the most avant-garde examples of modern US architecture, then off to Connecticut.

If you’re interested in architecture, you can find a real treasure 80 km north-east of New York City, in Canaan/Connecticut. In order to describe a new wave of classical modern architecture in the 1930s, the American architect Philip Johnson coined the term “international style“. He went on to co-found post-modernism. In 1949, together with Richard Foster, Johnson built the Glass House and used it as his residence. After his death in 2005, the National Trust for Historic Preservation took over and opened it for the public two years later. 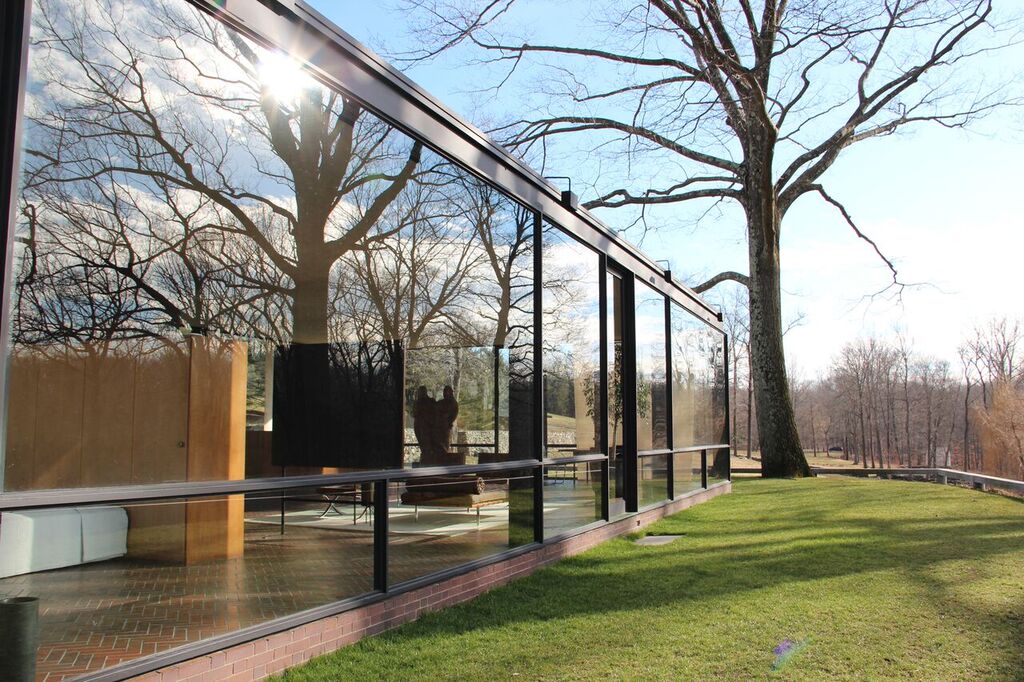 Just rent a car (e.g. at Red Ball Garage 142 East 31 St.) BUDGET and in no time you’ll drift out of Manhattan in a typical American SUV while leaving the heavy traffic from Manhattan behind you. You pass Queens Midtown Tunnel, cross East River and leave the Bronx behind you while the skyline of Manhattan is fading away. Now you still have about one hour to drive but it gets rural very quickly, you feel like on another planet. New Canaan (population 22 000) can be reached via Merritt Parkway and you are right away in the center of it which gives you a good overview of where to drive next. 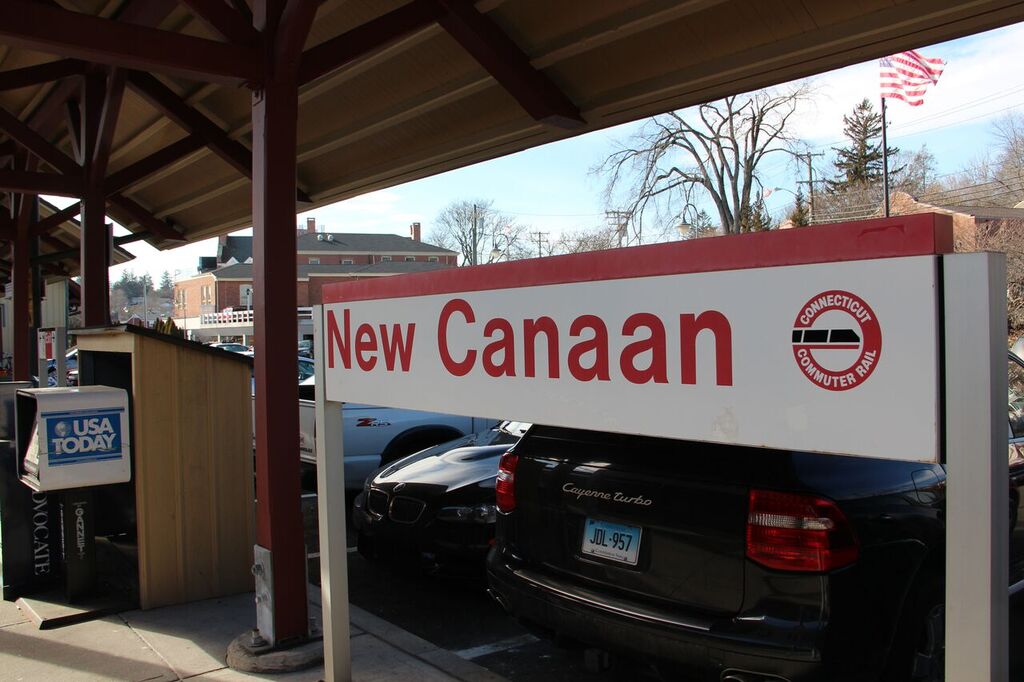 You’ll soon see why that mode of travel can be tricky in the winter months. I went there at the end of January, knowing full well that the visitor center at 199 Elm Street would be closed. What I hadn’t counted on was that Glass House wasn’t at the same location. I found no information about its whereabouts, except that guided tours would be available between May and November. THE GLASS HOUSE 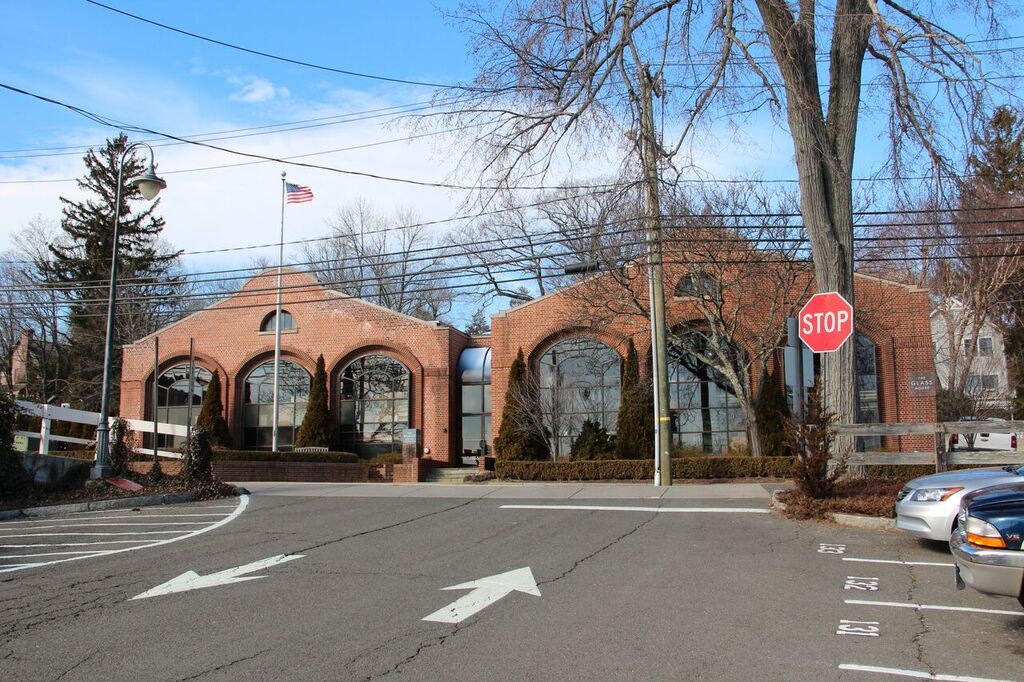 That’s when the real journey started. I had hoped to get the necessary information at the coffee shop STARBUCKS NEW CANAAN but none of the baristas were aficionados of architecture. They only referred me back to the closed visitor’s center and served me hot coffee, over which I decided to do some field research. Disappointingly, driving around in my car and asking random passers-by for directions to the Glass House yielded no helpful hints either. Either the people didn’t know it or they had no idea where it might be. Hours of combing the town and its environs got me nowhere but driven by the cluelessness of the Americans, I drove on. And thus my persistence was rewarded. 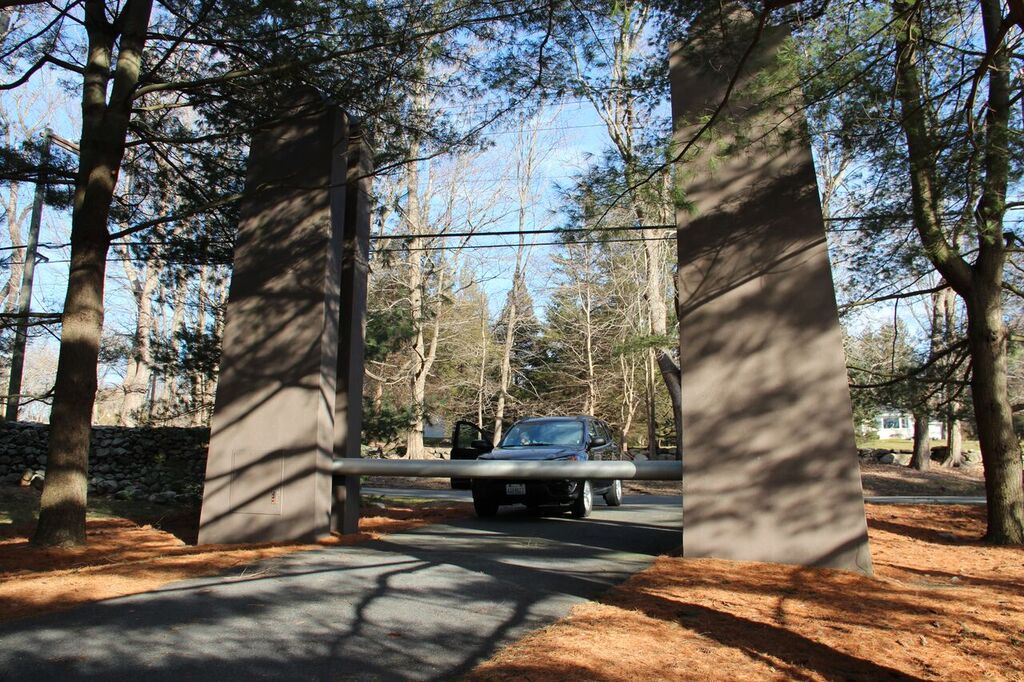 On Porus Ridge Road, between Winfield Lane and Arrow Head Trail, I discovered an entrance gate. I slammed on the brakes, took my camera and walked onto the property to collect wonderful impressions – before the gardener discovered me. 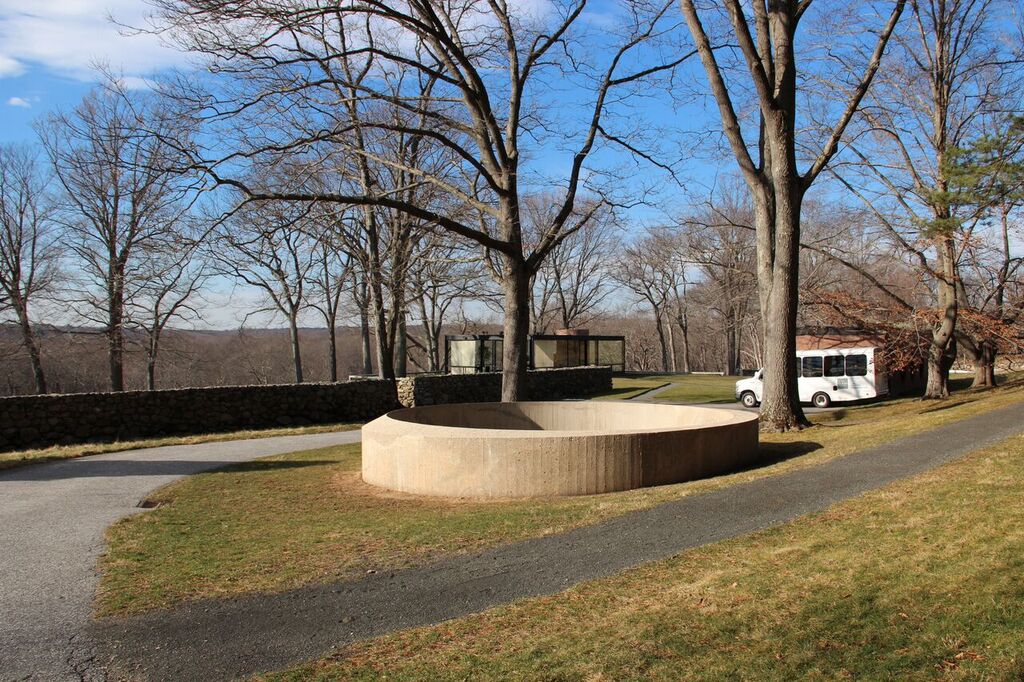 Unfortunately entering the property outside visitor season is prohibited, but I was allowed a quick look around and a few photographs. 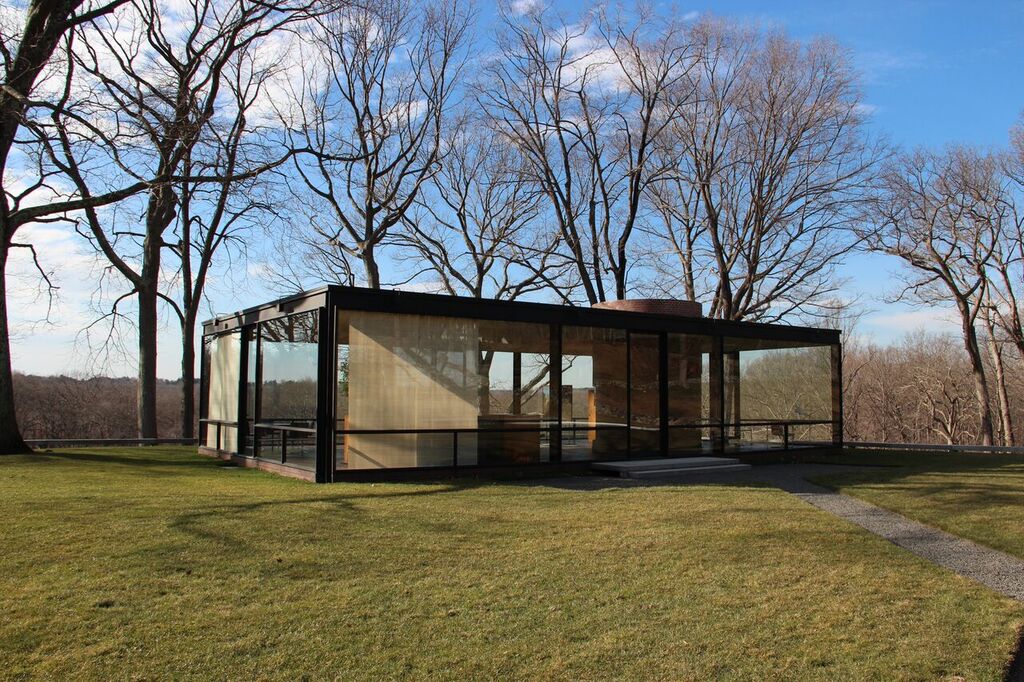 All my exertions were forgotten as I viewed Glass House in complete solitude. It consists of a single room that’s 16.8 times 9.6 m long. All four outer walls are completely transparent, and there’s no classical separation of rooms. Different areas are indicated by fixtures and fittings. 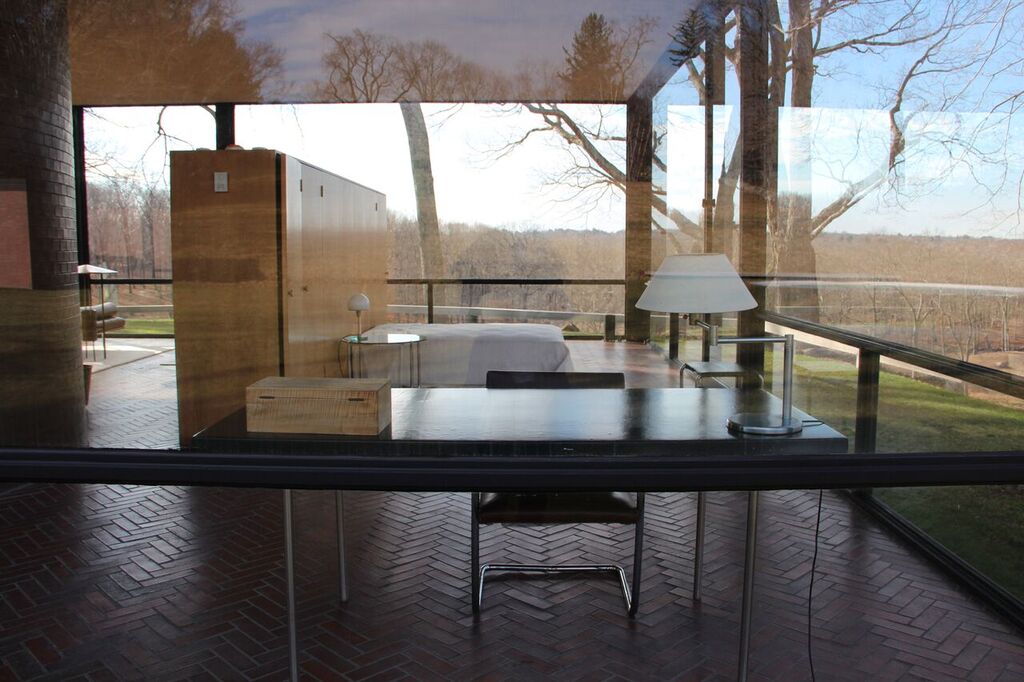 The living area is marked by a white carpet and contains, amongst other things, the Barcelona furniture which Ludwig Mies van der Rohe designed for the world exhibition in 1929. 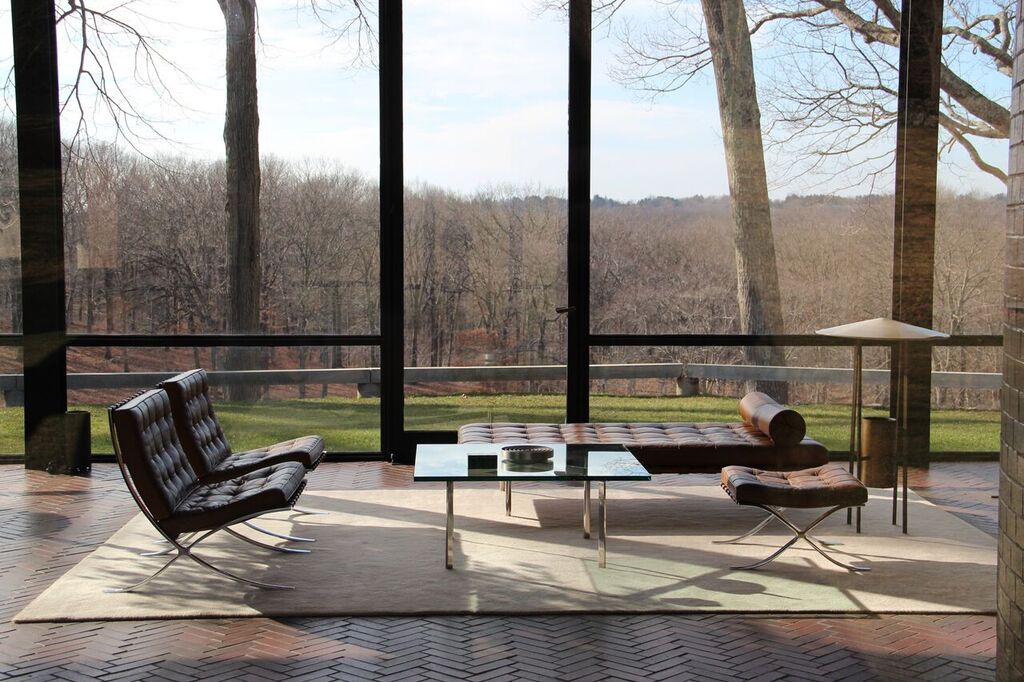 There are eight more buildings by Johnson, including galleries and monuments, on the same property, and the landscape was designed as well. 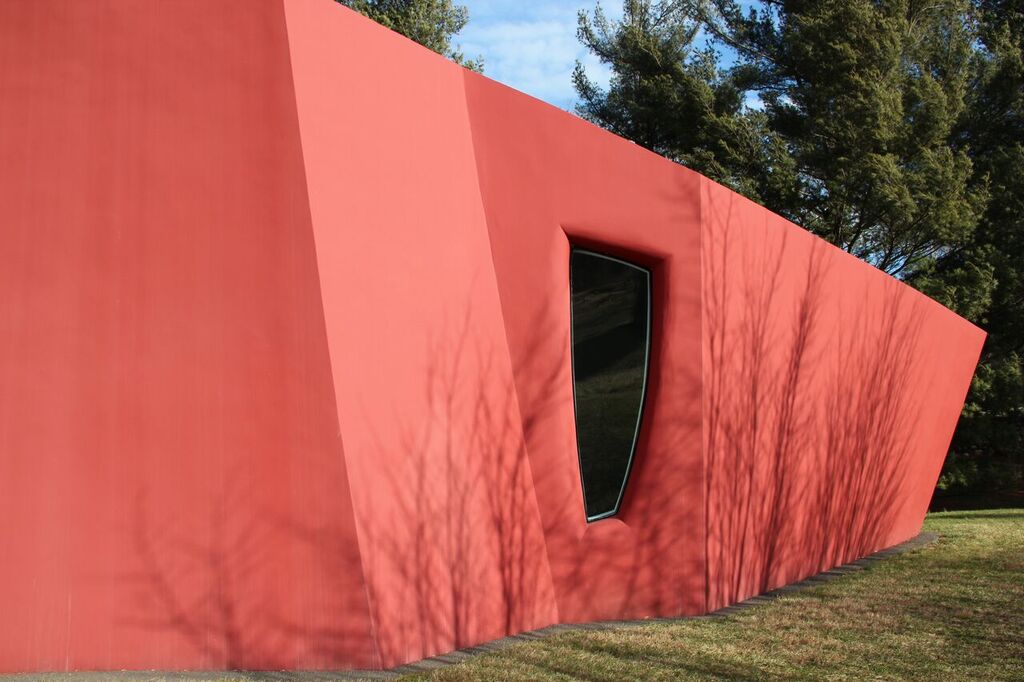 The final one was the red-and-black ‘monster’ near the entrance, which is reminiscent of Le Corbusier’s pilgrimage chapel in Ronchamp. WIKIPEDIA GLASS HOUSE 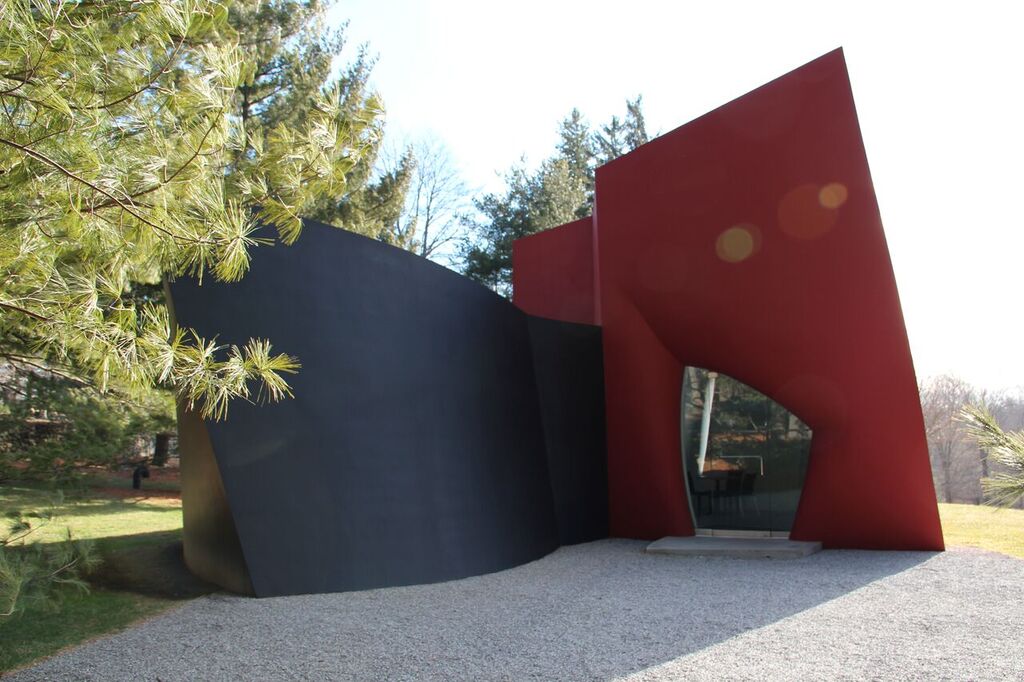 Despite the brief time of my visit, I highly recommend the official Glass House and Gallery Tour, which I look forward to taking in order to enjoy viewing everything at my leisure. Words and images by Christiane Zieschang, 31.01.2012 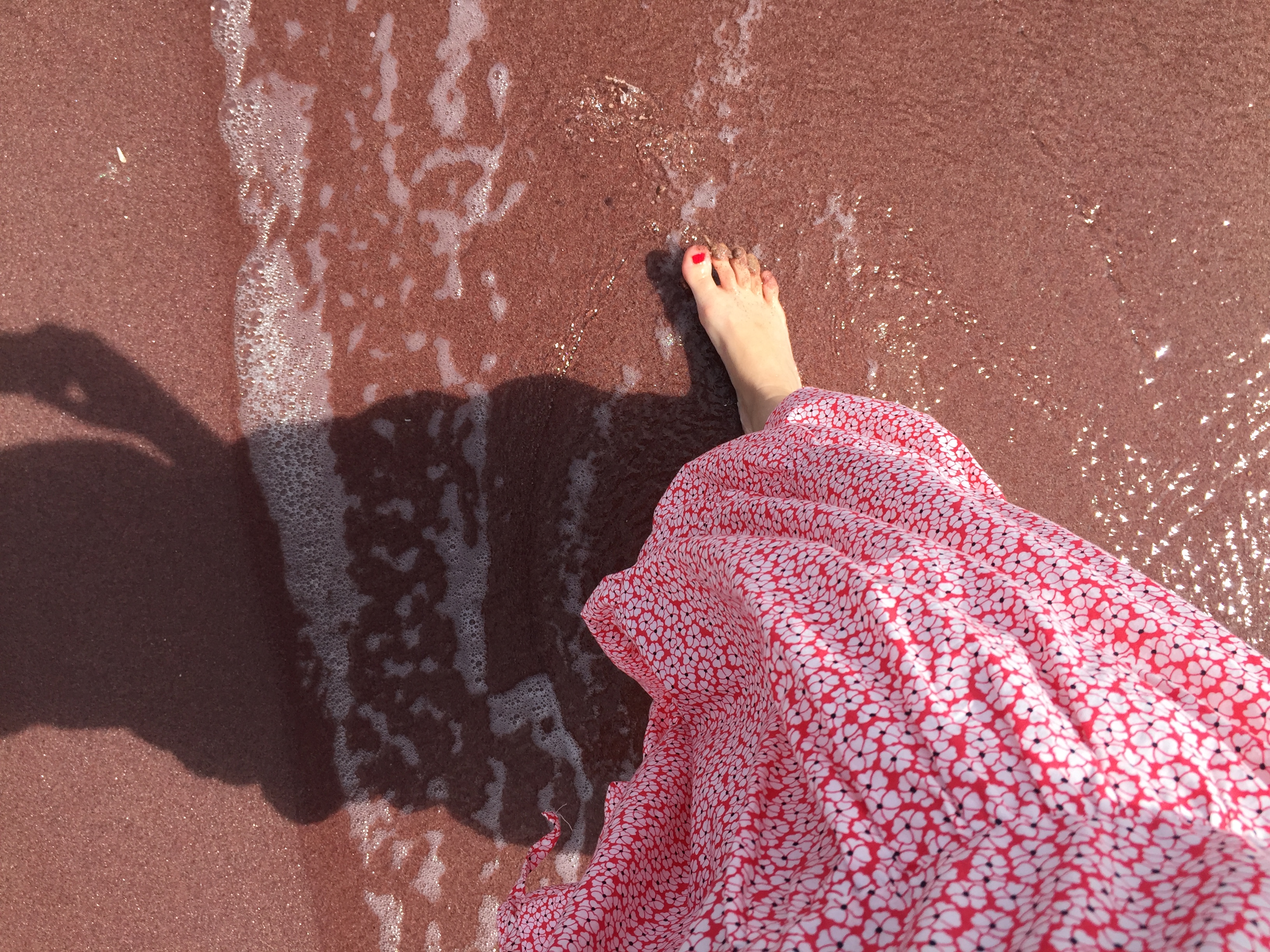 While the last two blog posts were based on my adventures journey to some of the hidden tribes of Ethiopia, this...

It was pure love of adventure which drove Harry and myself to Chile.  We didn’t know much about the country,...