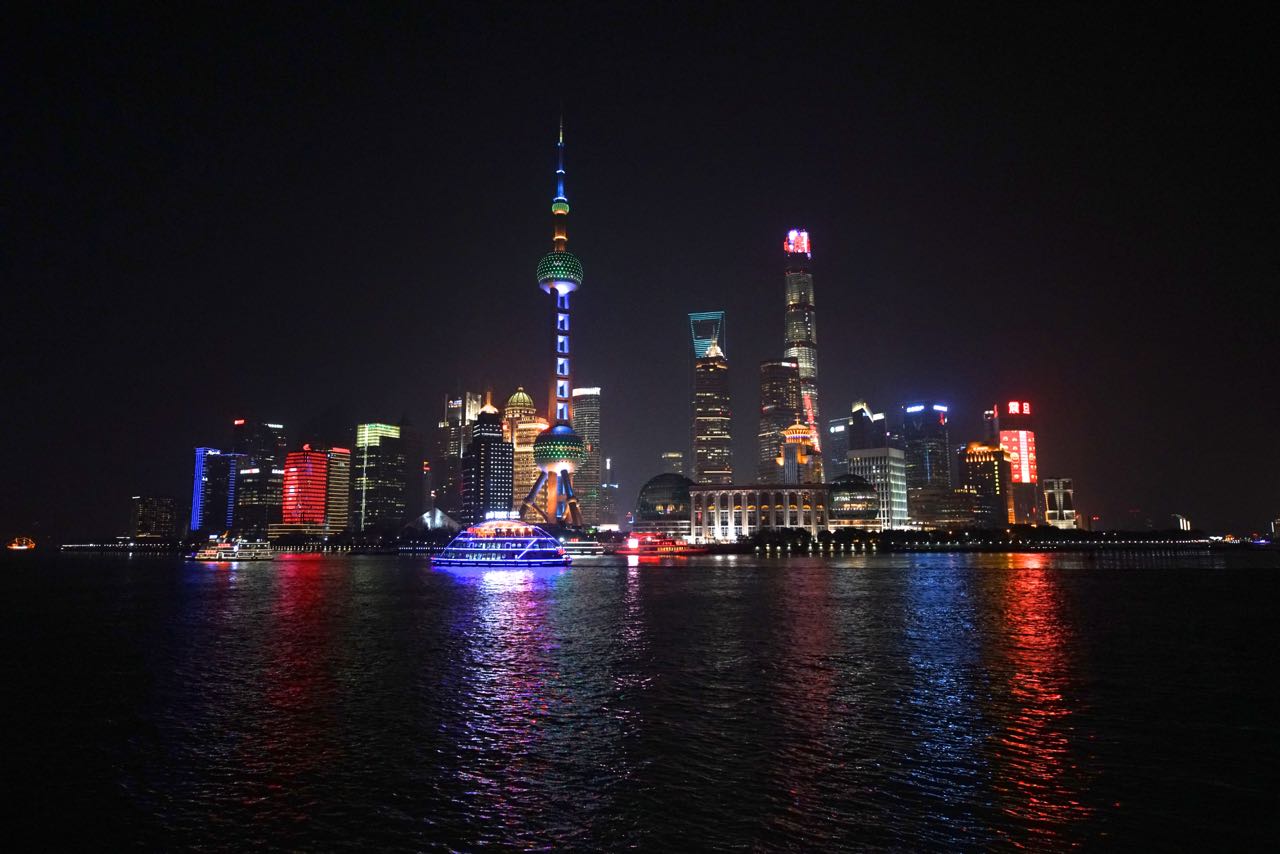 For some travelers a city like Shanghai with its population close to 25 000 000 might appear tremendous, intimidating or even overwhelming. Others appreciate the anonymity in such a metropolis, enjoying its variety and feel a vast extend instead of tightness. The spectrum why whom and what each individual enjoys or attracts to this huge city is probably as diverse as the number of people who populates it. 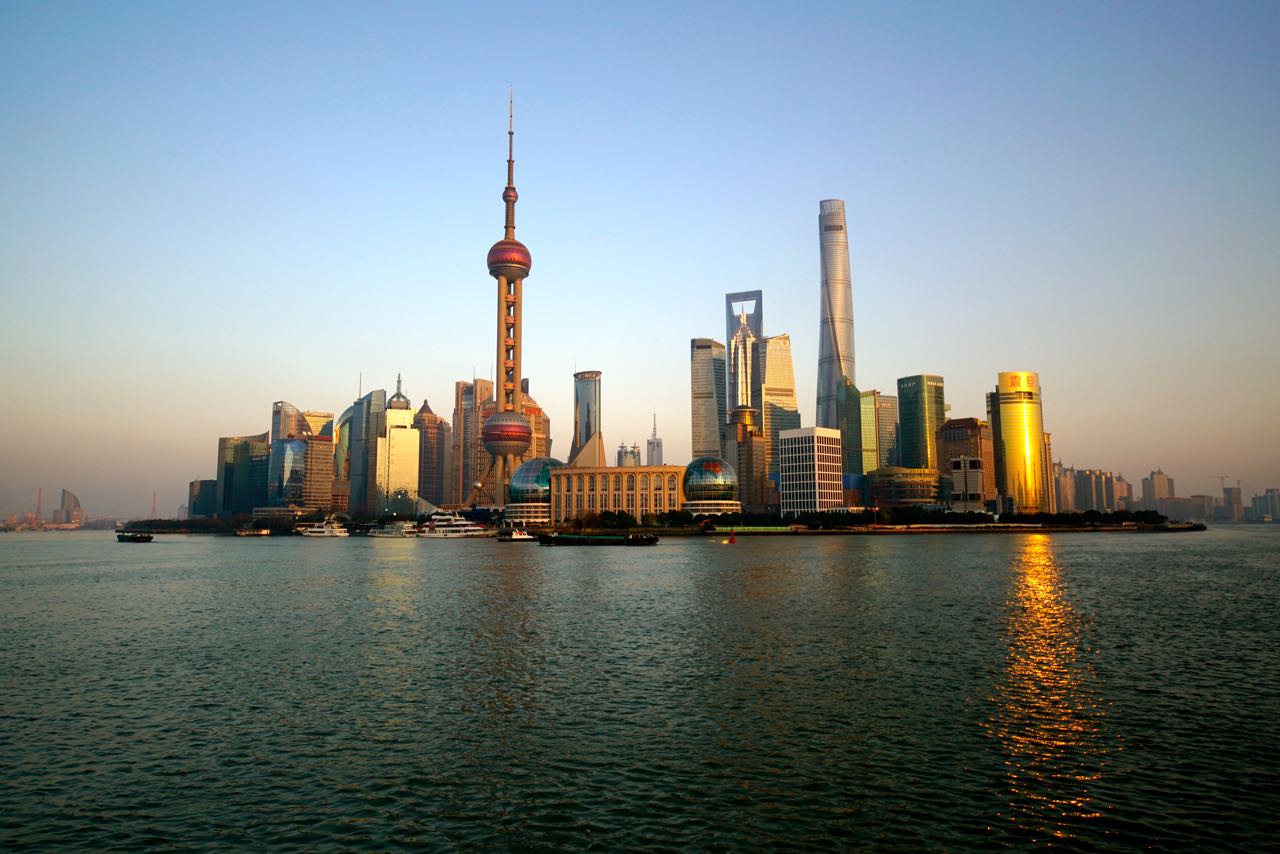 It was a great experience and privilege to get to know some old locals (75 years and above) which were born here and are still living in the same district of the (China) town. All required necessities can be found within a few residential blocks and some of those people have never reached the city limits. Not to mention localities outside of Shanghai. The question and title of the blog post: How small can big be is related to the small world of same people in this huge city with its population close to 25 million. From a birds view those people live their entire life in their own small universe and adjust as good as possible to new circumstances, without a greater desire for personnel changes.

If you ever asked yourself if a Chinatown exists in a Chinese town I can clearly answer you now with yes. You find mostly elderly people which lived there for a long time and were witness to all the transitions the city went through. Some parts of Shanghai are strongly neglected and it feels like a set back in time while other quarters growing rapidly towards the sky. The heart of the city sets the rhythm and the beat is fast. You can feel the dynamic of changes which requires a constant personal adjustment. Those who can’t keep up with such speed will be flushed out, like the movement of falling tide, into the uncertainty of the suburbs. 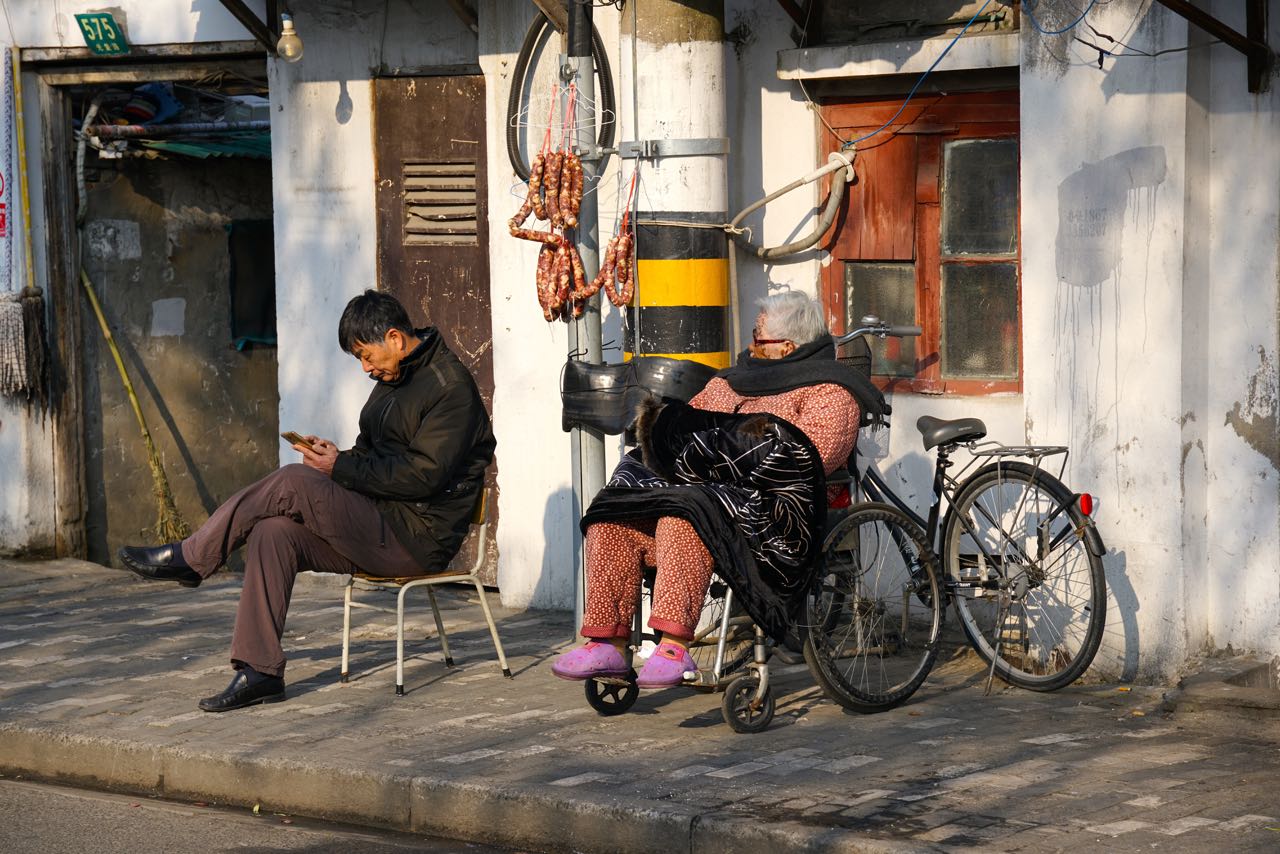 I fell like a nanoparticle (to illustrate: a NANO Particle has the size of a soccer ball as compared to the world) in this huge metropolis with 25 million people. On one side I am totally fascinated by the dynamic of this sleepless city and its strong heartbeat and on the other side, I fell lost and like a nanoparticle, as mentioned above. I booked my accommodation as usual via Airbnb and it was at the Huangpu river, just two minutes walk from the metro station. The location of the apartment was really perfect, the view of the river great and the style typical! The rusty elevator with its iron railings made sure that every ride was a ramshackle (scary) and in the corridors, you could smell (and see) the whole spectrum of the Chinese cuisine. Shanghai is a very diverse city and by that, I mean that the diversity shows the course of time. Trapped in the city… you can feel the pulsation of this fast dynamic.

I came in February to Shanghai, right at the beginning of the Chinese new year, the year of the rooster. At that time the city is deserted, at least that’s what the locals say! For more than 2000 years the Chinese name their years by using a cycle of twelve animals and the legend says the Buddha himself was choosing them. The Chinese calendar which reaches back to the mythical yellow emperor (around 2600 BC) plays an important role in the traditional fortune telling and by issuing a horoscope. The new year celebrations are always big. Well then…   雞 年 安康 Jī nián ān kānn (Peace and wholesomeness in the year of the rooster). By the way… the Chinese symbol 雞 (rooster) refers to rooster and hen!

It won’t be a shame if you would be breathless with all the new year celebrations but most likely it is not your condition, rather then the frightening air quality in Shanghai and China in general. The following abstract of measured data mirrors an average day in Shanghai. According to the Ministry of Environmental Protection in China (MEP) the current PM2.5 particulars in Shanghai is 50 µg/m³ and the Air Quality Index (AQI) sets by 28. If you want to see the current measurement you find them right here Air Quality Index – Shanghai .  The following link: Health and Safety in China can keep you updated with all the necessary information and safety guidelines. A fascinating and disillusioning illustration.

The story of Shanghai captures me deeply and do the extensive content I share it with you via the link. I find myself every now and then reading about the city and its history as well as development, now wonder and I guess that has to do with my strong faculty of imagination which I visualize while reading about it. Shanghai subdivides into many districts while my favorite places can be found in the new area Pudong with The – Bund (which runs along the Huangpu-river ) as well as in the some of the districts in Chinatown. Not to forget the french concession where you find yummy food and great architectural scenes. 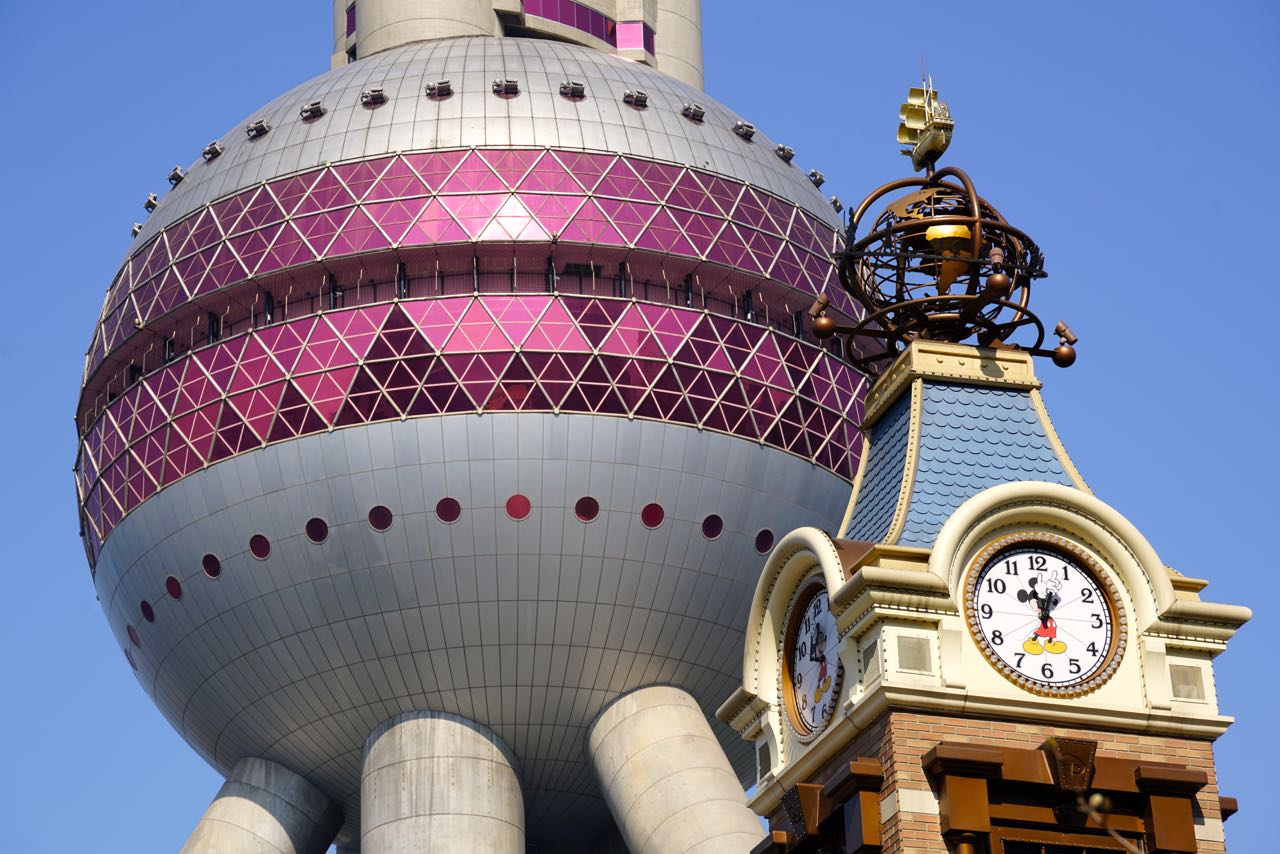 The French concession in Shanghai was founded in 1949 by French traders and salespersons, who settled down permanently. The district stretches from parts of Luwan and all the way to  Xuhui in the southwestern part of town. The fastest way to get there is by metro line Nr. 1. What I found really interesting is the fact, that at that time, the French concession was an autonomous district where the Chinese law was not mandatory! Compare to the heavy controlled districts of the British the French concession area was an ideal terrain for corruption and lawlessness.

Voila… the pictures from today are probably just a glimpse of how it looked like at that time. Although… the old houses, built in Tudor style , were used later on by high ranked politicians and prominent families of Shanghai as there residence. Most of those houses are hosting a museum today and are open to the public.

After hanging out with some friends at the French concession district I moved on to the Shanghai Museum which appealed very dominant to me. This massive construction always hosts great exhibitions but I gave up after trying three times. Whenever I got there, hundreds of people were in line to get in… sorry, but that is not my style and so I rather moved on and enjoyed my time at the older parts of Shanghai while taking pictures. 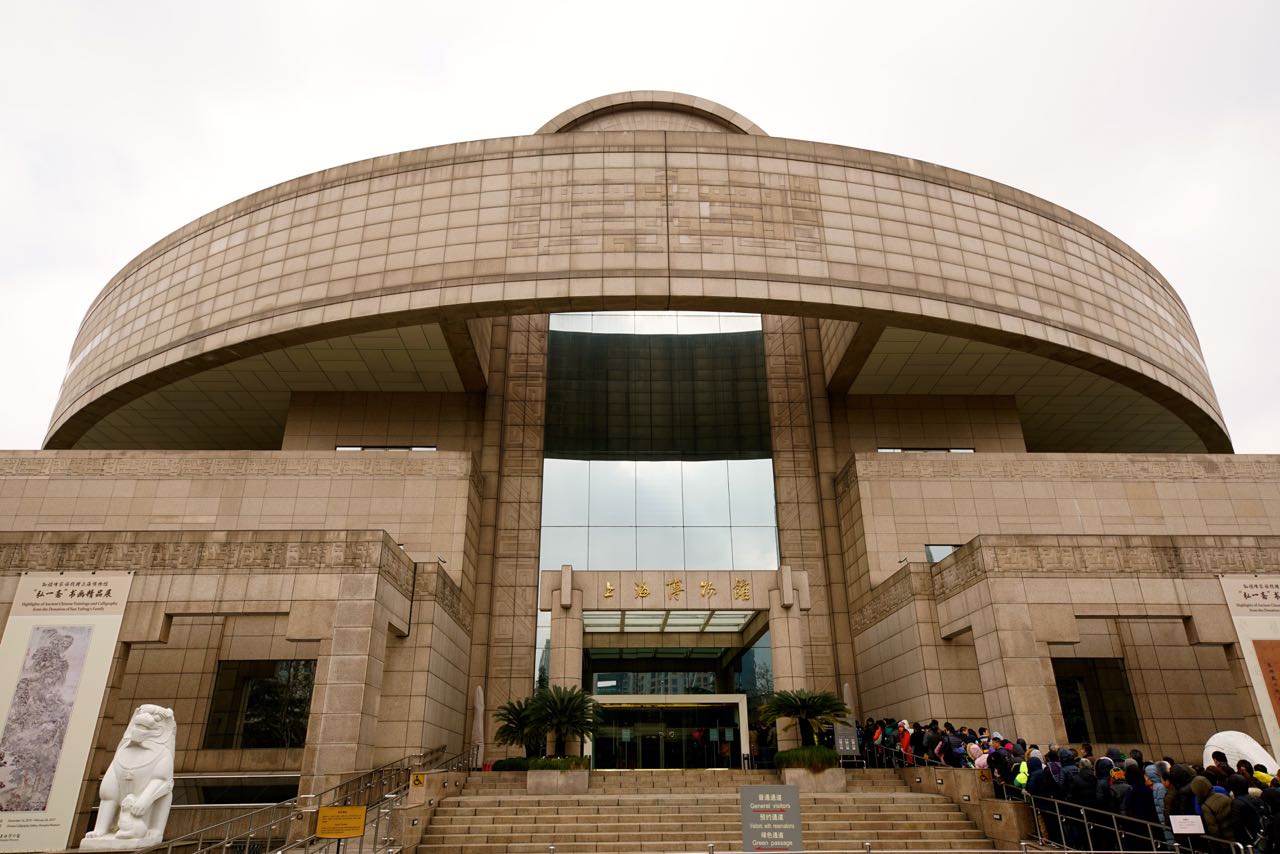 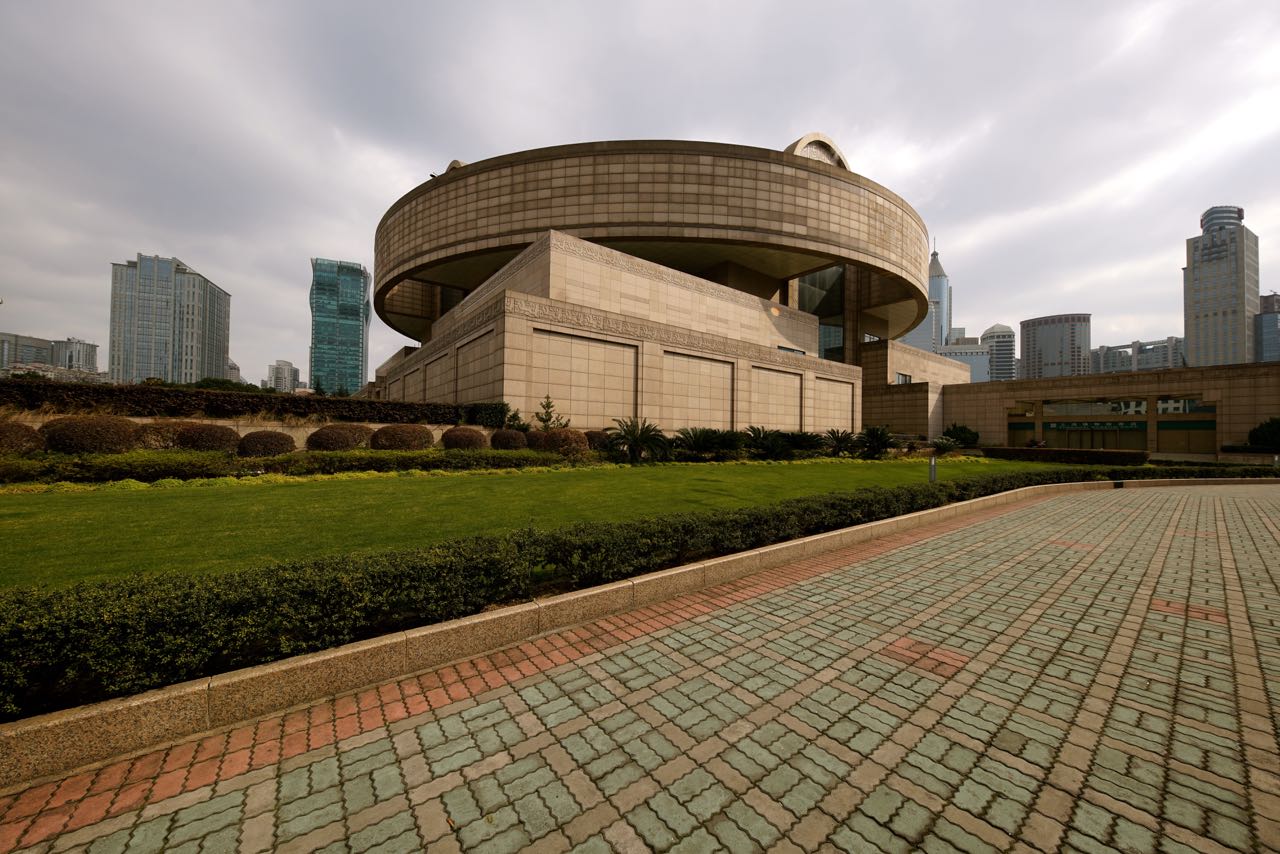 The metro system in Shanghai makes it possible that you can reach even the most isolated corners of the city easily. As usual, I did a lot of walking (my favorite way of exploring) but also often used a bicycle. The bicycles are locked with QR Codes and you find the bikes all over the city and China without QR Codes does NOT EXIST (you find them everywhere)… BUT  BE CAREFUL  because there is a lot of fraud going on by just putting a different sticker on top of the existing QR Codes to get personal data such as details from We Chat – Wallet or your Alipay account.More details about those fraud story you find by following the link.

I just spend seven days in Shanghai but I did not waste a single minute of it! Most of the time I left the apartment very early and you could also find me on the street past midnight to take some more pictures. Without a doubt, this mega city pulsates in its own and fast rhythm but to stroll around as an early bird or late at night provided me with exciting and calming emotions at the same time. The city lights, my camera, a little bit of cash and surrounded by 25 000 000 people. 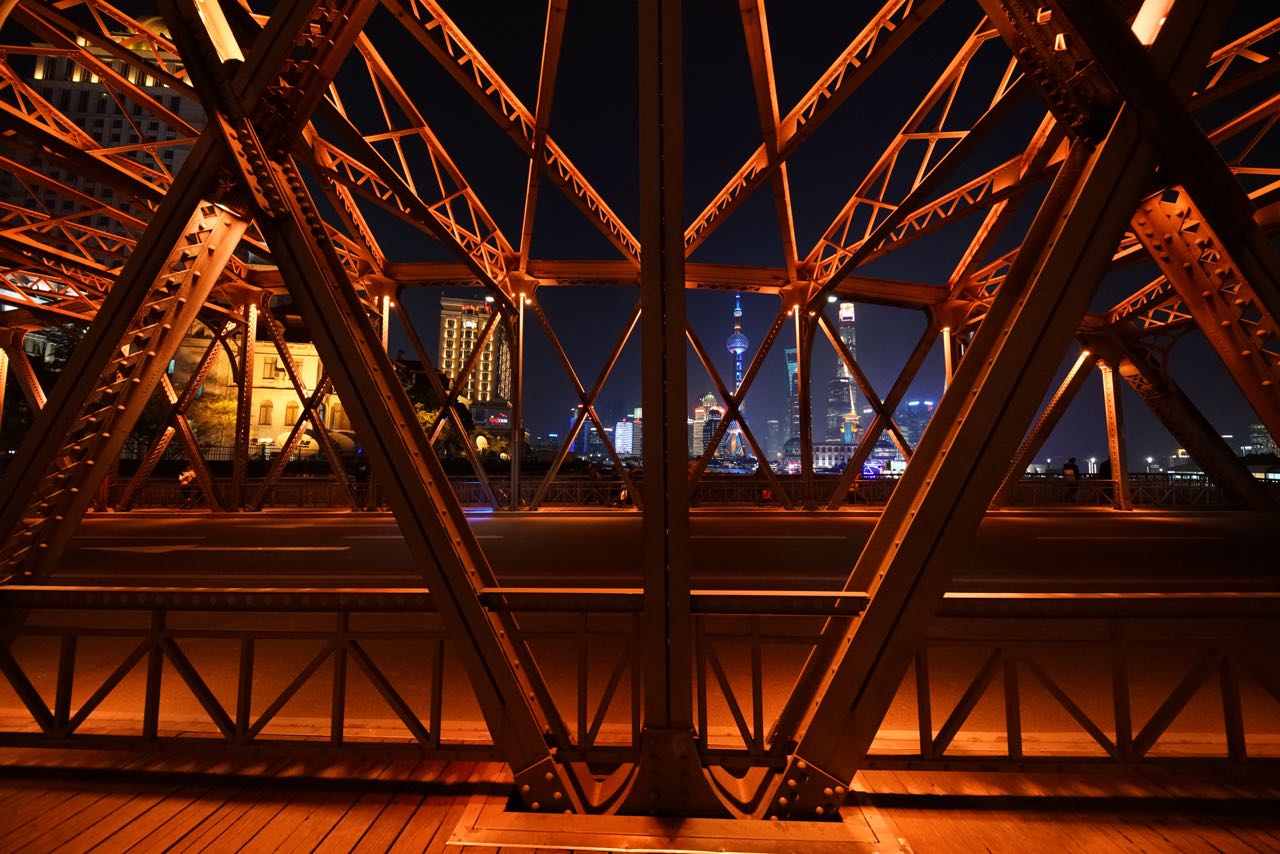