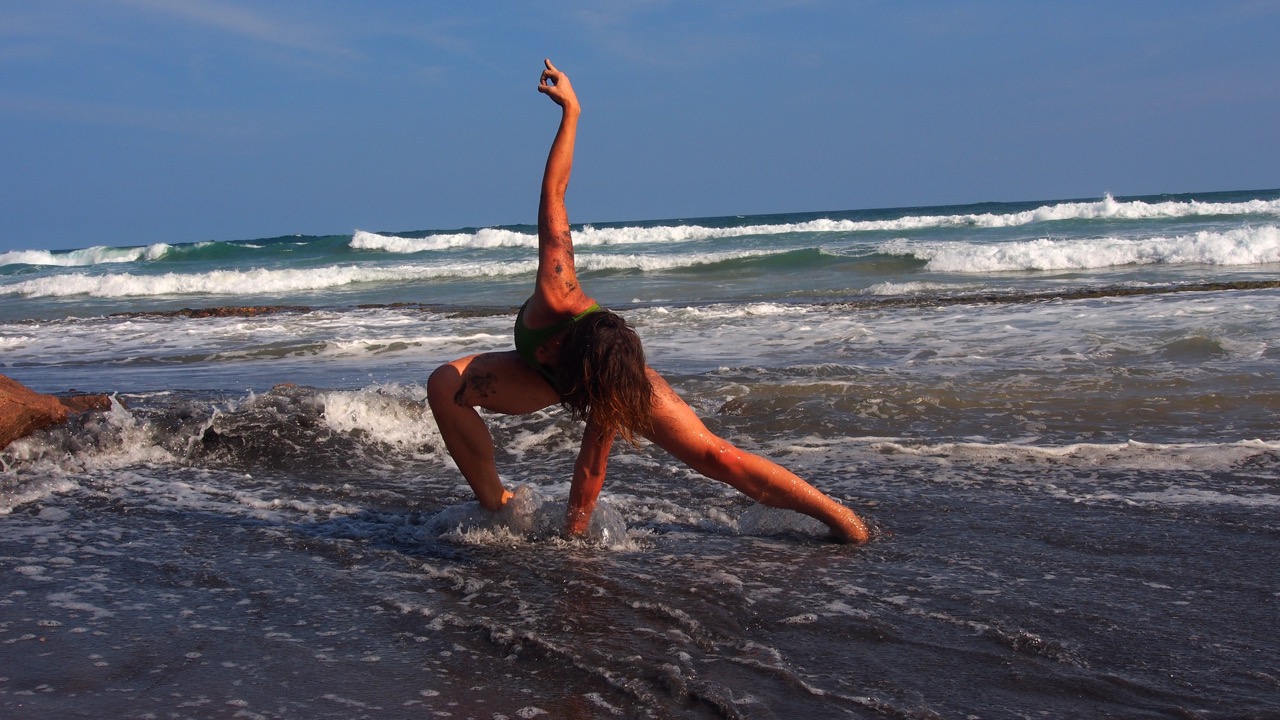 The question whether Rocky is „out“ is open to debate, but one of the trends that’s definitely “in“ is the most bizarre combination of boxing and yoga. This new trend sport called BoxingYoga™ makes me ponder how the opposite elements of aggression in boxing and relaxation in yoga can be combined. Here’s my first impression, because after all, we want to be amongst the first when it comes to new trends BoxingYoga TM 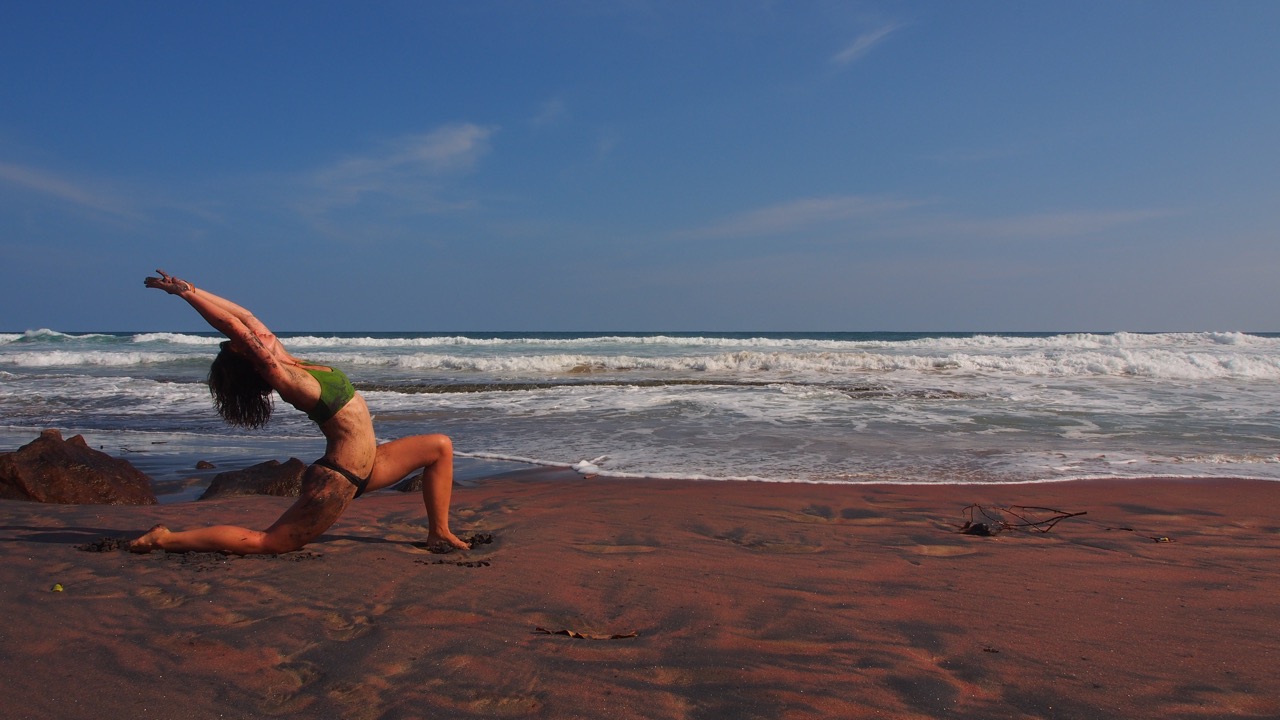 I’m often asked what made me write about BoxingYoga™. It all started when I was the manager of the  Ayurveda and Boutique Hotel UNDERNEATH THE MANGO TREE  at the Southern tip of Sri Lanka. The main focus of the hotel was and still is Ayurveda, but there are many more focal points, one of which is yoga. I hired Kimi as a yoga teacher at the start of 2016, and her inquisitive, joyful and natural way moved me as well as the hotel guests. Sometimes, as time (and myself) allowed, I took part in the early morning yoga sessions. Afterward Kimi told me about herself and her experiences with dance, martial arts, and BoxingYoga™, which got me interested. I asked if she would give me a demonstration on the beach, and that was the beginning of the story. 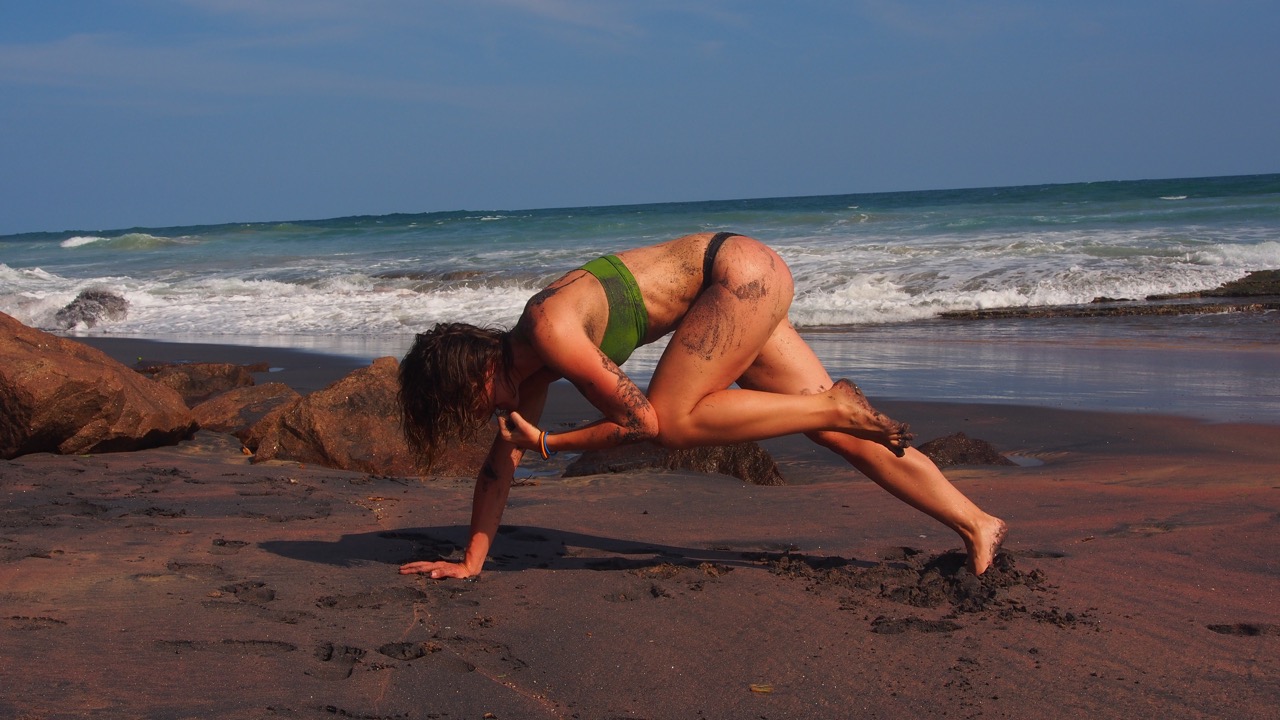 Well … what can I say, after plenty of research it’s been proven that the combination is possible and that the yoga boom will go into the next round. What seems to have little in common at first glance combines the best of both worlds – awareness of one’s own body, balance and coordination – once you look more closely. Boxer and coach Matt Garcia had been looking for an ideal method to combine stretching with enhancing strength and mobility while minimizing the risk of injury. The adjustments to the needs of a boxer were one of the greatest challenges. Merging the elements of different disciplines was worked out in cooperation with yoga experts. 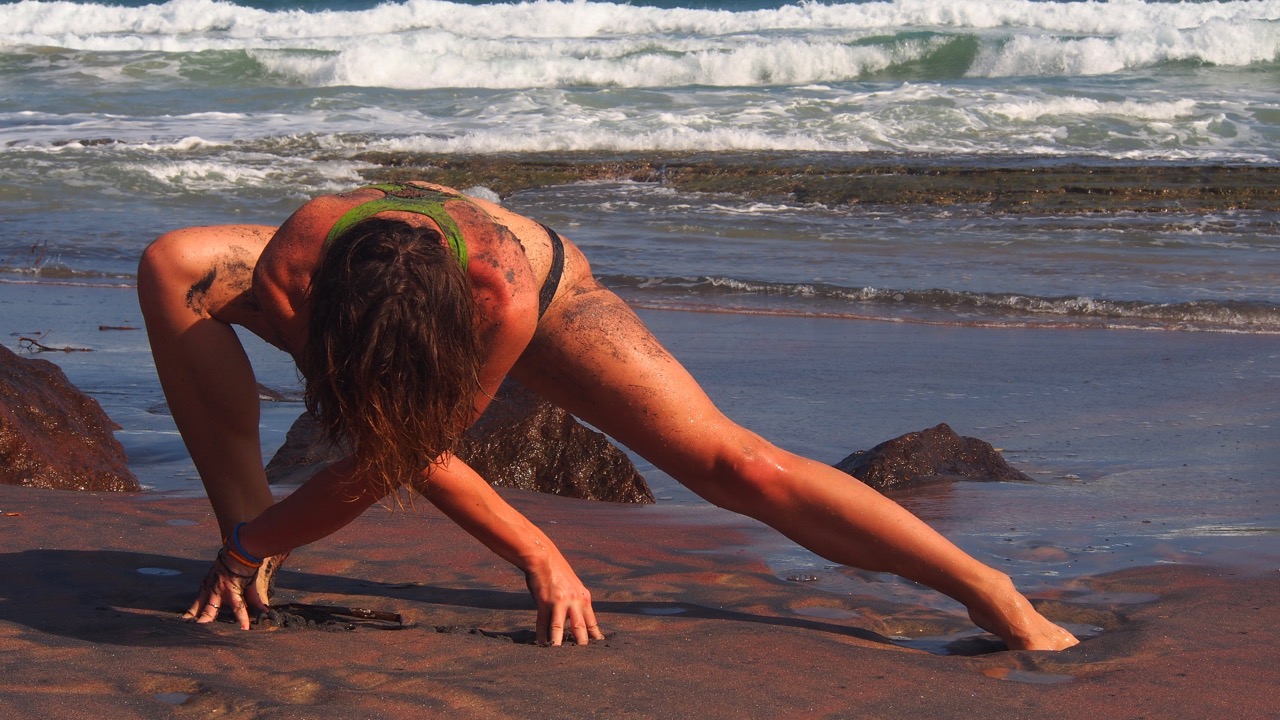 It started in 2011 with the needs of a young boxer for an effective way to enhance his performance in a healthy way. In the end, it was down to Kajza Ekberg, Matt Garcia, and Total Boxer Head Coach Deniz Ates, who worked out the positions and the transitions between them with the help of physiotherapists and other sports experts. In 2013, they could finally introduce their concept to the public at Europe’s largest yoga fair in London, where it met great interest. 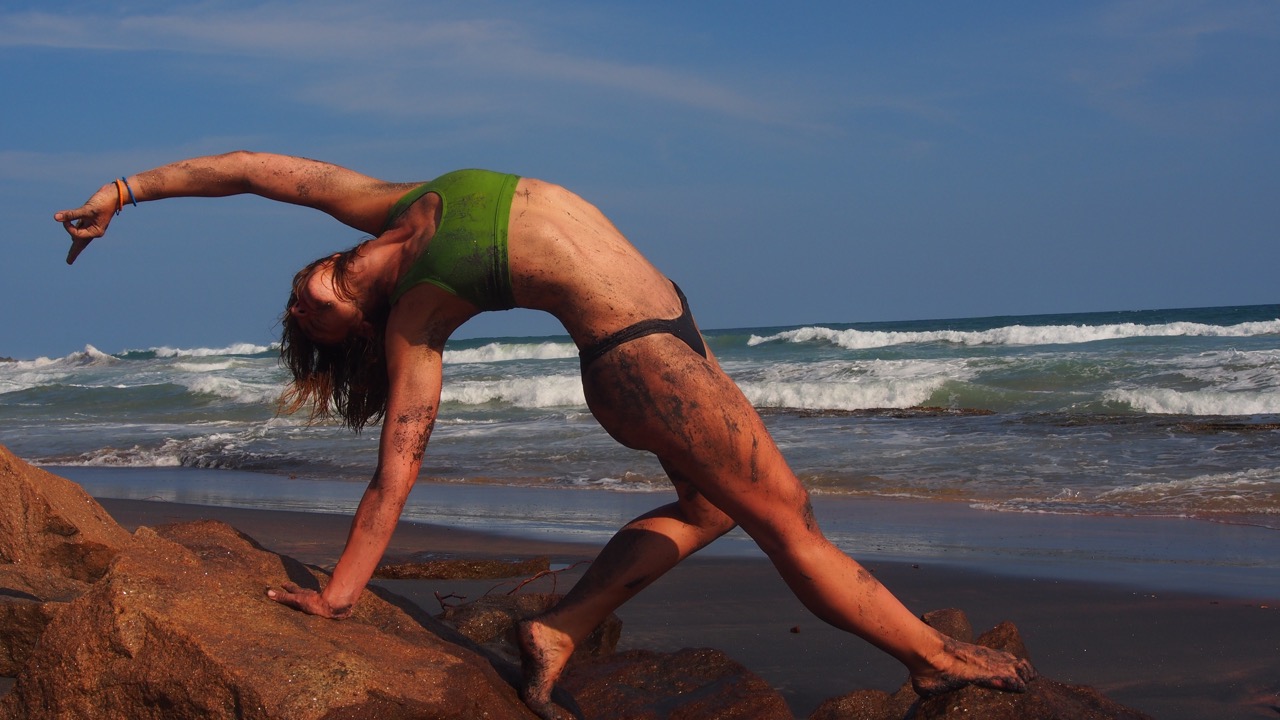 The innovative idea has another important aspect: yoga suddenly became interesting for male athletes, who hadn’t been interested in it. If you feel inspired yourself, maybe even to become a  BoxingYoga™ Coach, then follow me Training BoxingYoga TM 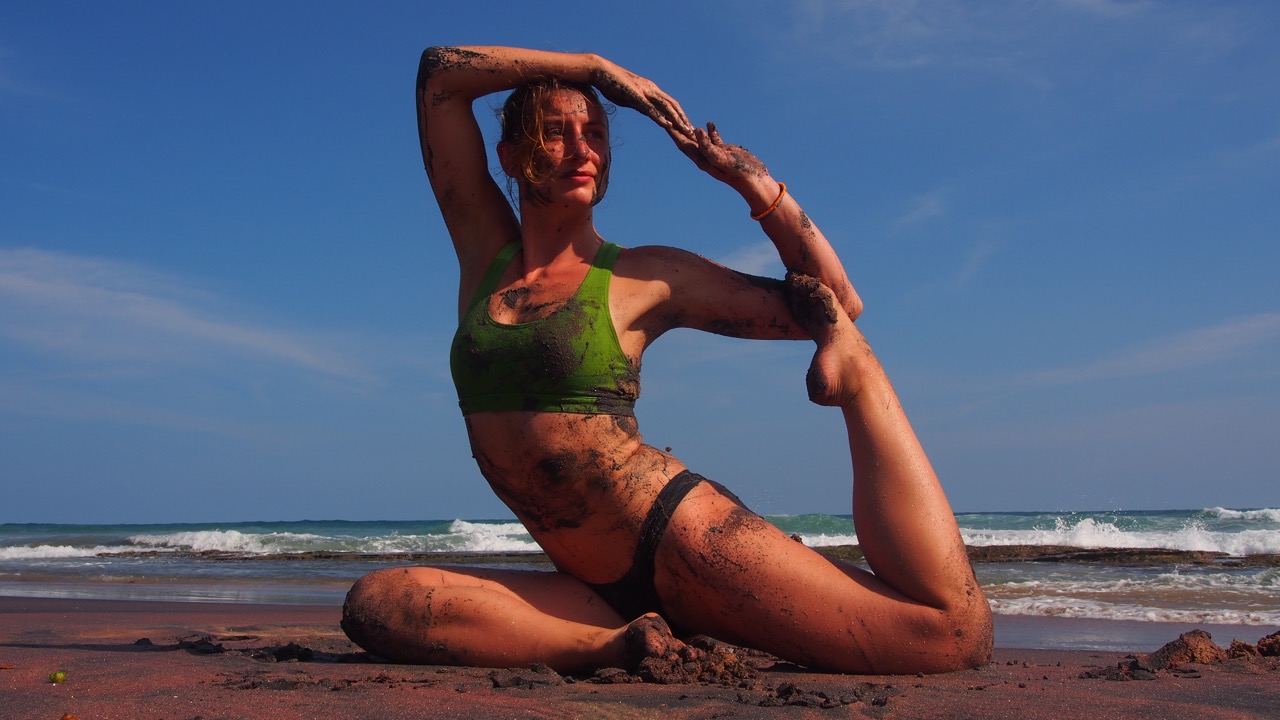 BoxingYoga ™ is the hardcore version of Ashtanga Vinyasa Yoga: traditional elements of yoga have fallen by the wayside. Instead of relaxation and breathing exercises. the lower body musculature is being strengthened. BoxingYoga™ isn’t just for stretching, but also for injury prevention or the to heal faster after an injury. It’s a new trend sport not just for dedicated boxers, but for all fitness fans. Of course, the BoxingYoga ™ fan community has its own blogs, which you can find here: BoxingYoga TM Blogs 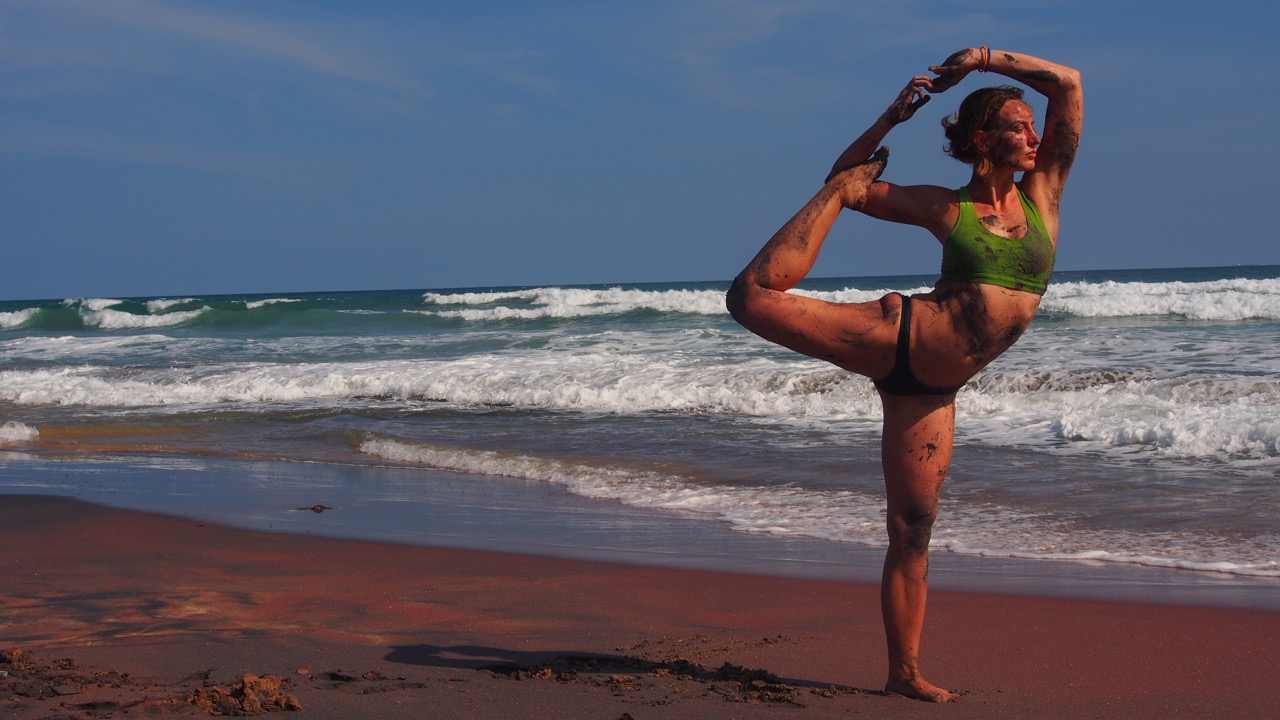 Here’s Kimi’s story how she came to BoxingYoga ™ in her own words:

As for myself, I grew up as a dancer and martial artist. I was already performing a dance on stage when I was only 6 years old and always kept a great deal of passion for motion on music. As I got older I left the dance studios where I learned classical ballet, jazz, etc.. and went to a complete freestyle. Whenever I dance I surrender my body to the beat. A moving meditation where body and instinct take over the mind.  Martial Arts were introduced to me at the of nine. I started training at a small karate dojo in the neighborhood. At first, it was my mother’s intention for me to learn how to defend myself. Soon it became one of my biggest passions and way of life. I learned fast, absorbing information like a sponge. I continued an intensive training for the following 9 years. Competing in national and international tournaments. At the age of 12, I joined the World Tournament for the first time and went home with silver. Feeling proud and motivated to continue my practice. Where most teenagers would visit clubs and explore the nightlife, I either trained in the dojo or worked late hour shifts as I was saving money to go to Japan. Over the years I encounter and practiced multiple Martial Arts disciplines such as Iaido, Ninjutsu, Kendo, and Aikido. When I was 16 I won the World Championships in Italy with Iaido (the Way of the Sword) and became second again with Karate with only a 0.01 difference in points. Definitely a highlight of my Martial Arts career. 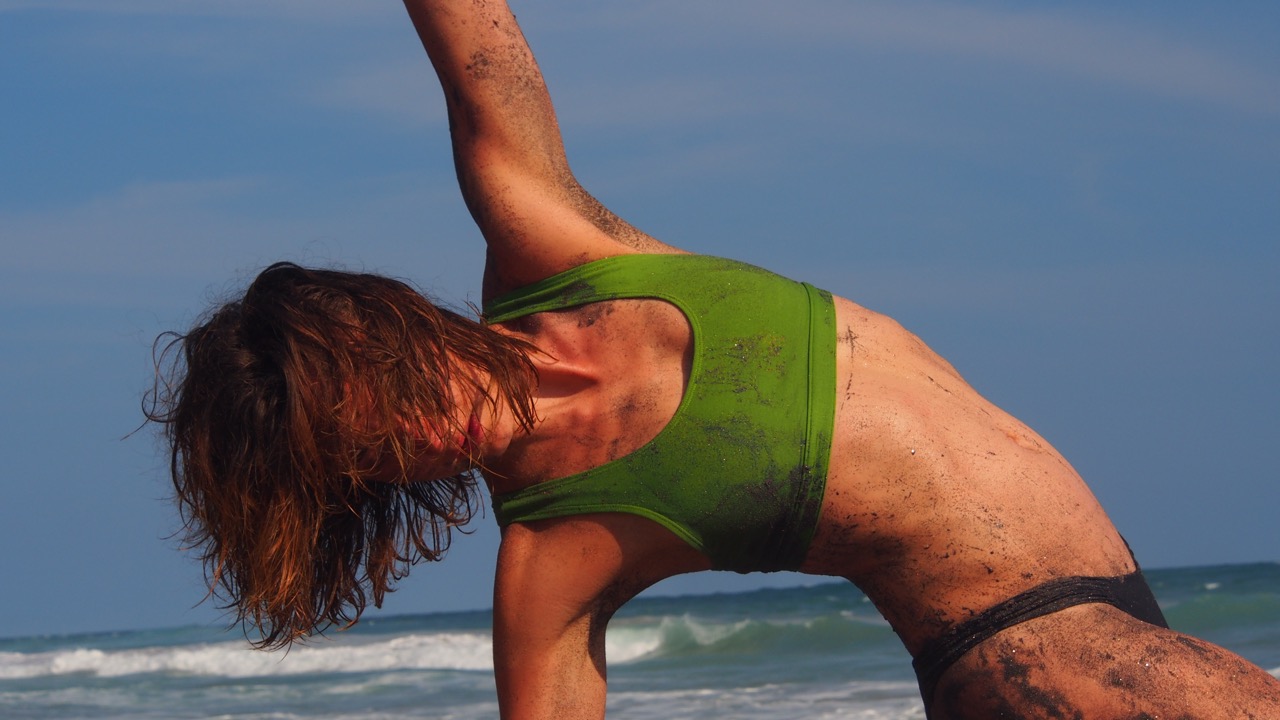 I continued to train a different style of Karate in Japan 3 times a week, combined with a Aikido practice once a week.
During the years that followed, I was mainly traveling and struggling to keep up a regular practice. I recently picked up this important part of my life and started training Kung Fu three times a week. The moment I swapped the Dojo for my wanderlust I stumbled on Yoga. My first encounter with Yoga was a Full Moon Yoga class on the beach. Love at the first sight you could say. Without a doubt in my mind and body, I jumped into the big unknown pool of Yoga and started a daily practice. Taking guided classes 4 to 5 times a week. By then I already knew that someday I was going to teach this so I could share the magic with others too. My Yoga journey brought me all over the world. Going to retreats, Teacher training and eventually teaching my own classes, workshops, and retreats in the most amazing locations.
Within my yoga practice, I found the fluid and wave-like motion I love in dance and the body alignment and strength I build up with Martial Arts. Although they are both represented in all forms. It felt like the missing piece and all three became a strong connecting tri-unity for me. Easy to switch from one to another, with many overlapping movement, but also philosophy. One practice always improving the others too. BoxingYoga ™ was the first official workout I encountered where they combined a fighting style with the practice of Yoga. With my background and passions, I was instantly intrigued by the idea and signed up for the teacher training. The BoxingYoga ™ practice has many facets to it and offers fast results. Especially for fighters who are purely focused fighting, it’s good to open up the front side of the body. This way they increase not only their range but also improve their health as they prevent injuries.  I hope that one day I can create my own style in which I have completely integrated all three of my passions: Dance, Martial Arts, and Yoga.    KIMBERLEY NUTBEY 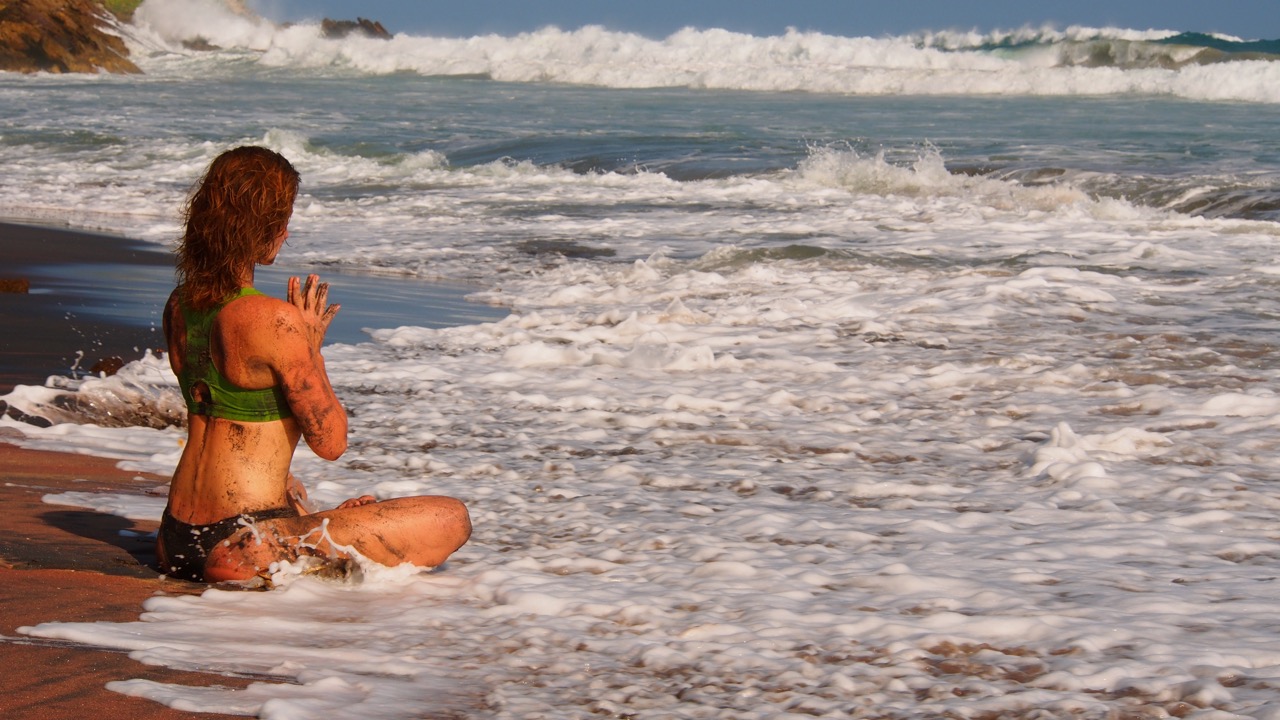 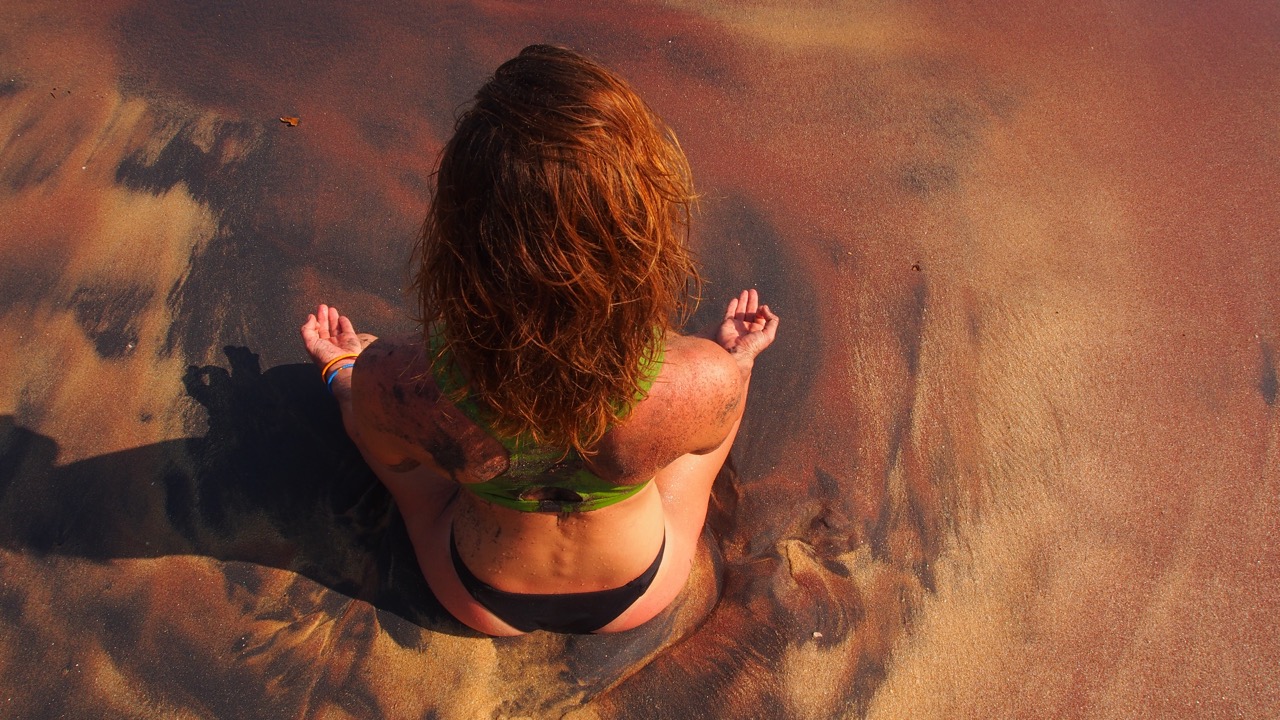 Finally, I would like to share with you two links to a more traditional type of yoga: 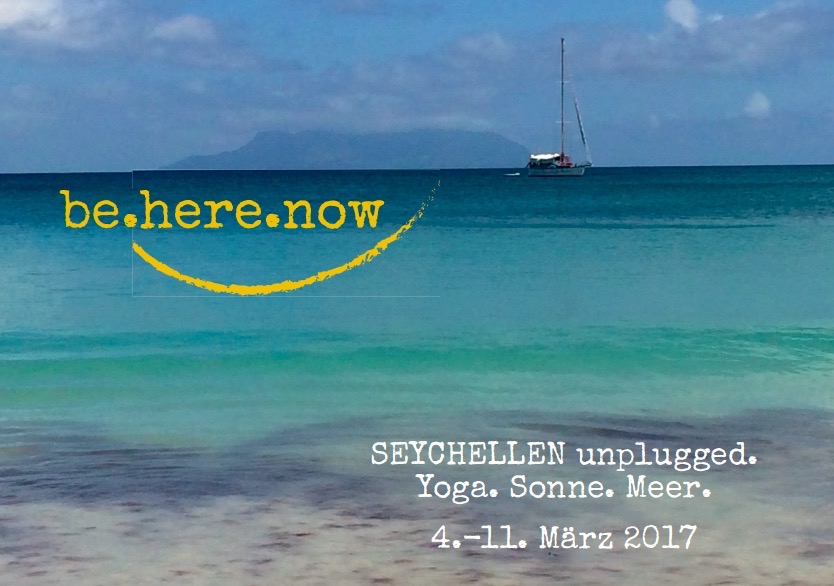 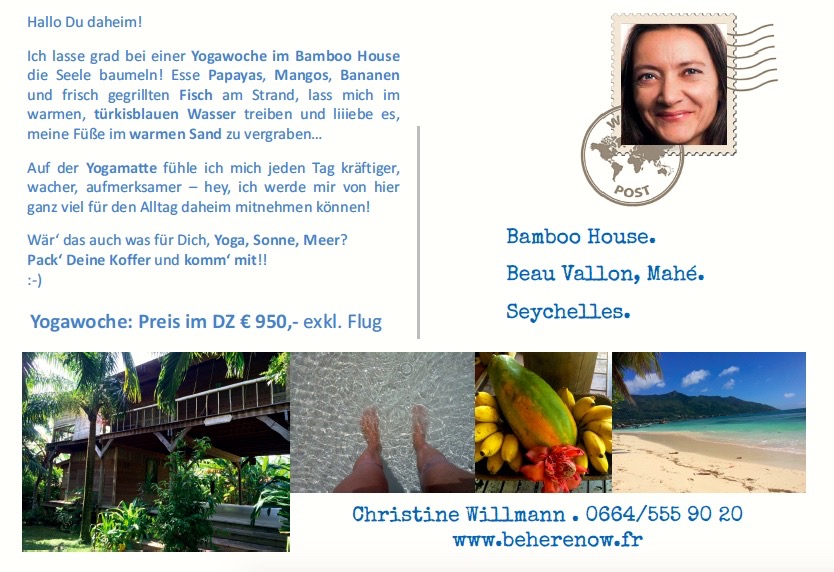 M6 isn’t a chemical formula or a new brand of car, as you might think, but the nickname of Mohammed VI, as...