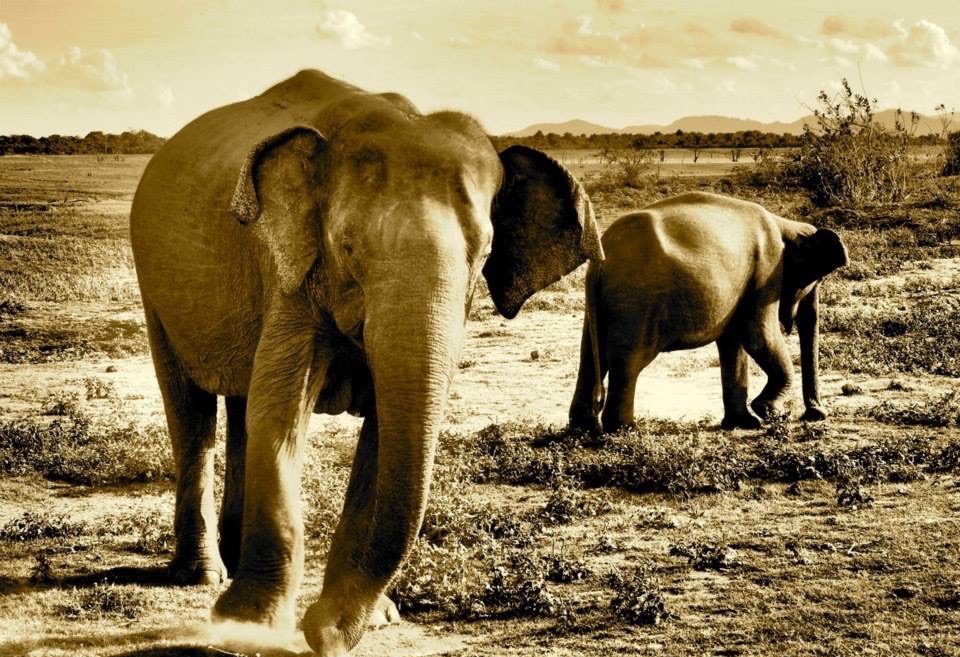 When you’re young, it’s always cool to celebrate your birthday in “far out“ locations. Thanks to my mother, it so happened that I spontaneously celebrated my 16th birthday in Sri Lanka.

My mother happened to be taking a trip around the world with me – wanderlust more or less runs in my blood. The reasons for this are manifold. As a single mother of two boys, who were employed full time as a secretary in a municipal office, it didn’t take long until she had enough and was sick of all the hypocrisy.

She wanted to break free, but there was my brother and me, an indecisive, rebellious teenager, who was bad at school and no easier to handle the rest of the time. To take a hiatus from her job in 1980, as a single mother with a secure position, was nearly unthinkable. However, she made her decision  … and mine had to follow: school, apprenticeship, or travel ? Having decided on the latter is one of the reasons why I’m writing this today.

We headed off, two complete novices, ranging from Sri Lanka, the pearl of the Indian Ocean, with sandals, big backpacks and a huge amount of naivety. The going was always uncertain and difficult due to the escalating civil war. Not only were we marooned in some places for days, because roads were blocked, but we kept entrusting ourselves exclusively to male companions, which made precarious situations inevitable. We must have had a Sinhalese guardian angel.

Train journeys generally, and those through the highland from Colombo to Trincomalee at the East Coast specifically, were dangerous due to the open carriages, the masses of people fleeing the civil war, and armed robberies. Well … somehow it all ended well, and the experiences of my 16th birthday, as well as the whole further journey via Thailand and Australia, have influenced my life to this very day.

As a teenager with a long Hippie mane (oh yes, I used to have flowing hair, too), Thailand was “heaven“ for me. I didn’t know the difference between ladies and lady-boys back then but made my first interesting experiences in that respect as well.  35 years after that adventurous, exciting journey, I returned to Sri Lanka in April 2016, not for travel but for work. The things that fascinated me in Sri Lanka have remained the same. Elephants simply radiate their good-naturedness, and I enjoy to just watch them for hours.

The Ceylon of old had changed greatly in the meantime, as was to be expected. Due to the 30 years of civil war, tourism was greatly diminished, but in the last 10 years that had a bungee effect on the economy and Sri Lanka was booming. In April 2016 I started work as the Assistant Director of the Ayurveda & Spa Hotel “Underneath The Mango Tree“. BOUTIQUE HOTEL

As the sole European, I was managing the complete staff of 84 local employees, whose cultural, religious and ethical differences couldn’t be greater. This gap had to be bridged to satisfy the demands of hotel guests and investors. The hotel is at the southern tip of Sri Lanka (don’t swim too far, or the next dry land is Antarctica). Due to its elevated location, it offers wonderful views of the world outside, as well as insights into oneself, thanks to the intensity of the Ayurveda treatments.

It wasn’t an easy year, full of attempts to keep everything in balance, full of lies, intrigues and a lack of competence on all levels. At this point, I could “spill“ about those experiences, but I prefer to tell you that through them I have reached a further personal turning point. I will pursue even more unapologetically what is important to me, what suits my experience and maturity as well as my raison-d’etre. It feels damn good and is a real privilege to do what really matters to you.

And right now that’s starting a Travel Photo Blog, which is not only born from my passion but also reflects my attitude, especially a certain defiance at my current stage of life. Expressing myself via the photoblog enables me to explore new things, learn about them, talk about them and above all marvel about the multiplicity of “this world“ by travel and its resulting encounters.

As a diver and general lover of water, I have to mention that Sri Lanka has the world’s largest population of blue whales, which can be seen all year round. Unfortunately, the Whale Watching tours aren’t regulated in regards to the number of ships at a given point in time, or the distance to be kept from the whales. 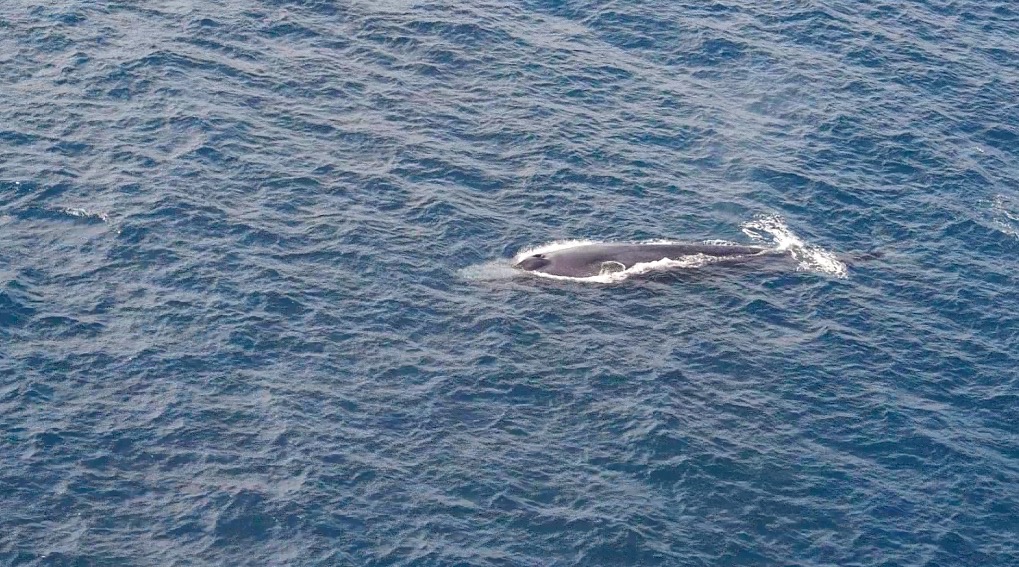 Thus my first attempt to see those beautiful creatures ended with a feeling of shame about even being onboard that ship. In our obsessiveness to catch pictures of the whales, we were like the whalers of old, just armed with cameras instead of harpoons. The moment a whale was in sight, the horn was blown and all ships rushed to the place of the sighting, uncontrolled and without consideration for the whales. That behavior made me feel absolutely awful; I was ashamed to be a human being and decided never to meet whales like that again. I organized a small plane and a few days later flew whale watching, with four hotel guests and enough distance to the water. It was an unforgettable experience to see these giant creatures from the air.

Sri Lanka’s sale started around 2008, but only reached a new high due to changes in legislation on the 1st of January 2016. The tax to be paid for the property was changed from 100 to zero percent. This lured a lot of small and large investors to the country, and there was a real battle for properties situated at the coast. Hotel complexes were and still are shooting up willy-nilly, depleting public access to the beaches.

Disagreements and mismanagement reign in the different administrative districts, with a fast buck beckoning. The government gave nearly all commissions like e.g. the building of highways or train tracks to Chinese companies, which in turn secured themselves “contract rights” decades. If this trend continues, the tipping point will soon be inevitable, and Sri Lanka will turn from the pearl of the Indian Ocean to another of its tears. 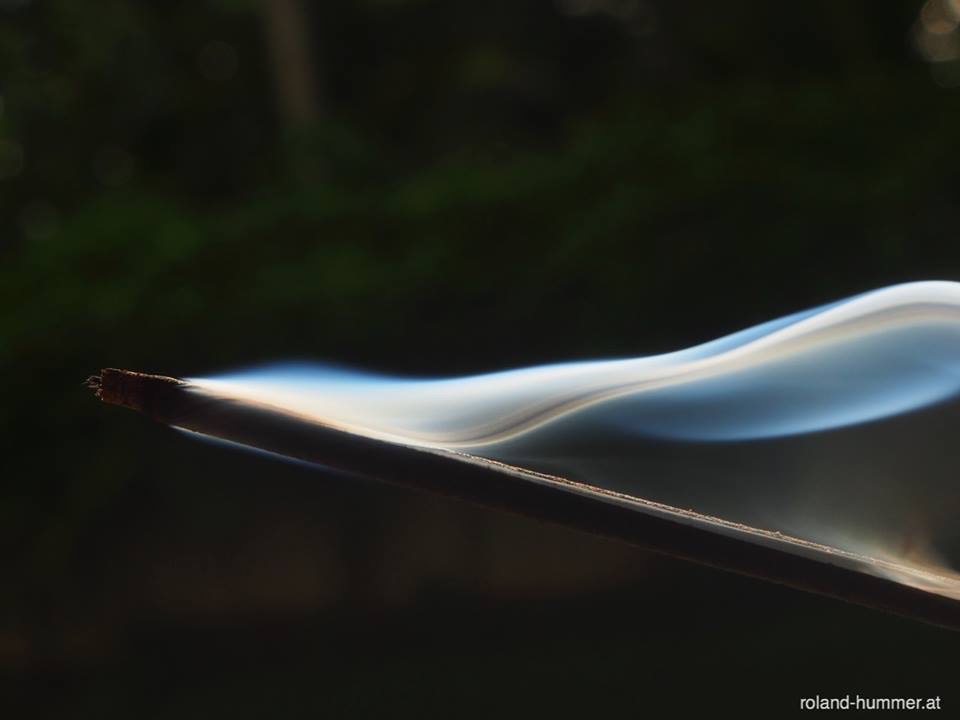 What beauty, what a pity. The only thing in Tibet that’s greater than its mountains, culture, religion and the...

While the last two blog posts were based on my adventures journey to some of the hidden tribes of Ethiopia, this...