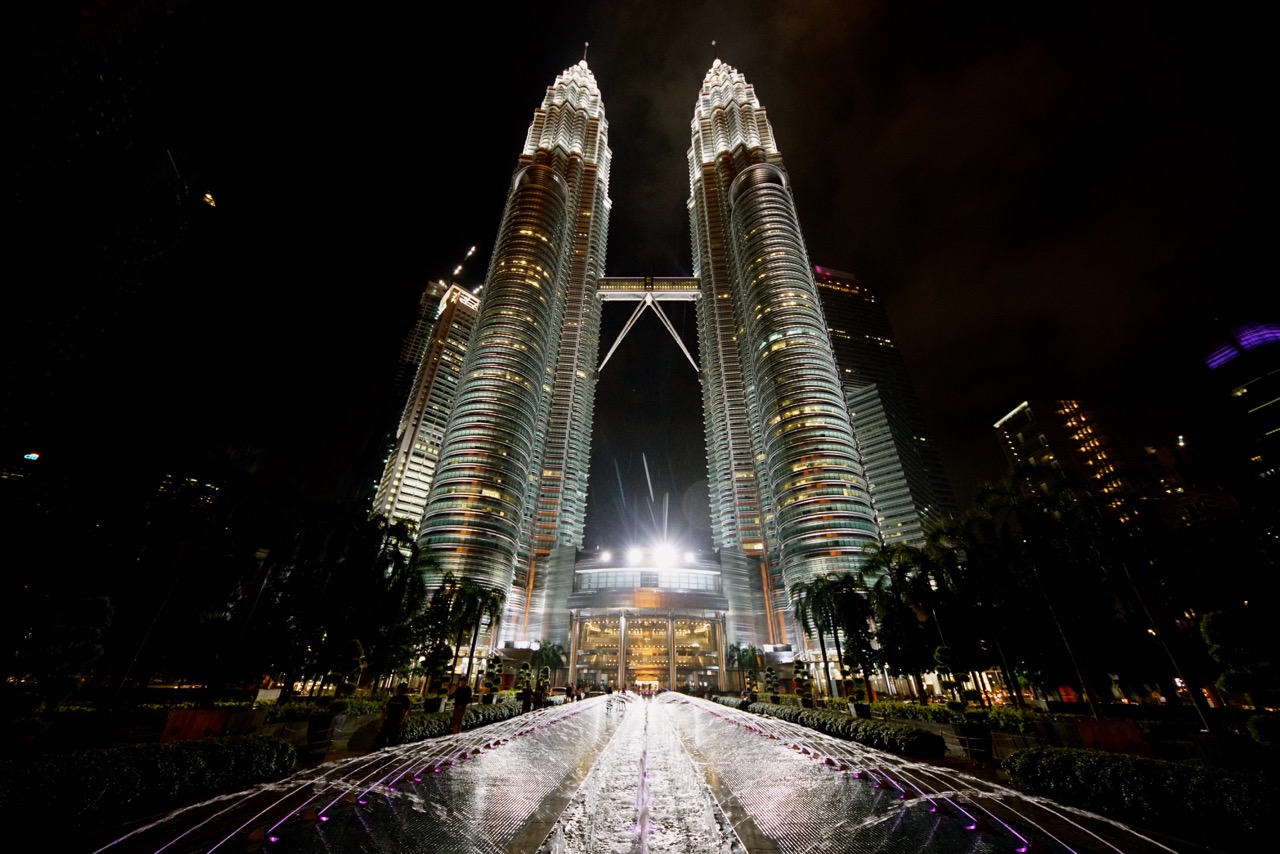 After traveling four weeks through the Philippines, Kuala Lumpur – Malaysia is quite a cultural change and challenge. The Philippines are a Christian-majority country. More specifically the people, the Filipinos/Filipinas are by majority Christians. Here in Malaysia, it is conversely, the majority is Sunni Islamic and the chief of state or the so-called Yang di-Pertuan Agong gets voted every fifth year by aristocrats. That means that Malaysia is one of very view countries in the world which has an elective monarchy as a regime.

The following short summary is originated by Wikipedia – Malaysia and other sources which I used for research. Malaysia offers a lot for travelers, its diversity in landscapes, cultures, and businesses made me curious to explore more and so I planned to stay 17 days to discover and learn about the country. The following short summary about Malaysia had not influenced my travels in any way and if this upcoming information is necessary or appropriate is up to each reader. For me it is. Cosmopolitanism is not a one-way street! Immanuel Kant thought us, that the circumstances, in which we are situated, always need to be judged by reference to the circumstances, in which we could be.

The Malaysian constitution says: it guarantees religious liberty while making Islam the state religion. According to the population and Housing Census 2010 figures, ethnicity and religious beliefs correlate highly. Approximately 61.3% of the population practice Islam, 19.8% practice Buddhism, 9.2% Christianity, 6.3% Hinduism and 1.3% practice Confucianism, Taoism and other traditional Chinese Religions. 0.7% declared no religion and the remaining 1.4% practiced other religions or did not provide any information. Sunni Islam of Shafi’i school of jurisprudence is the dominant branch of Islam in Malaysia. 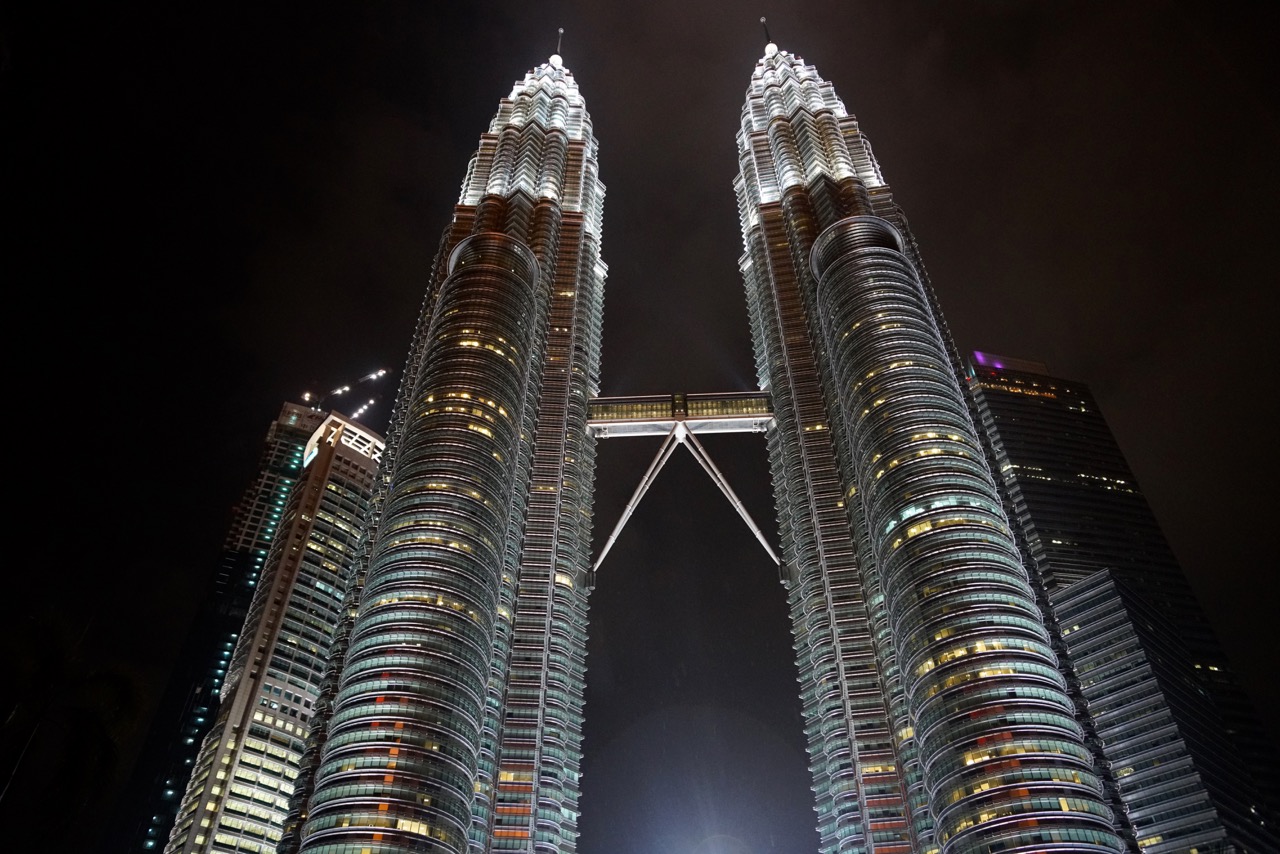 On behalf of the Malayan constitution, all ethnic Malayan are from birth on automatically Muslims. Which means they are not allowed to get married to somebody who has a different religion! To drop out if the Islam is almost impossible but for those who desire there is a form, the „Borang Keluar Islam“ to be filled out. After that it needs to be proven (for two years) that it is not possible to convert this person to the Islam, like in special ‘re-education’ institutions were ‘drop outs’ will be detained. The last step (would be) that a Sharia tribunal is making a final decision – the so-called freedom of religion in the constitution exists just theoretically! 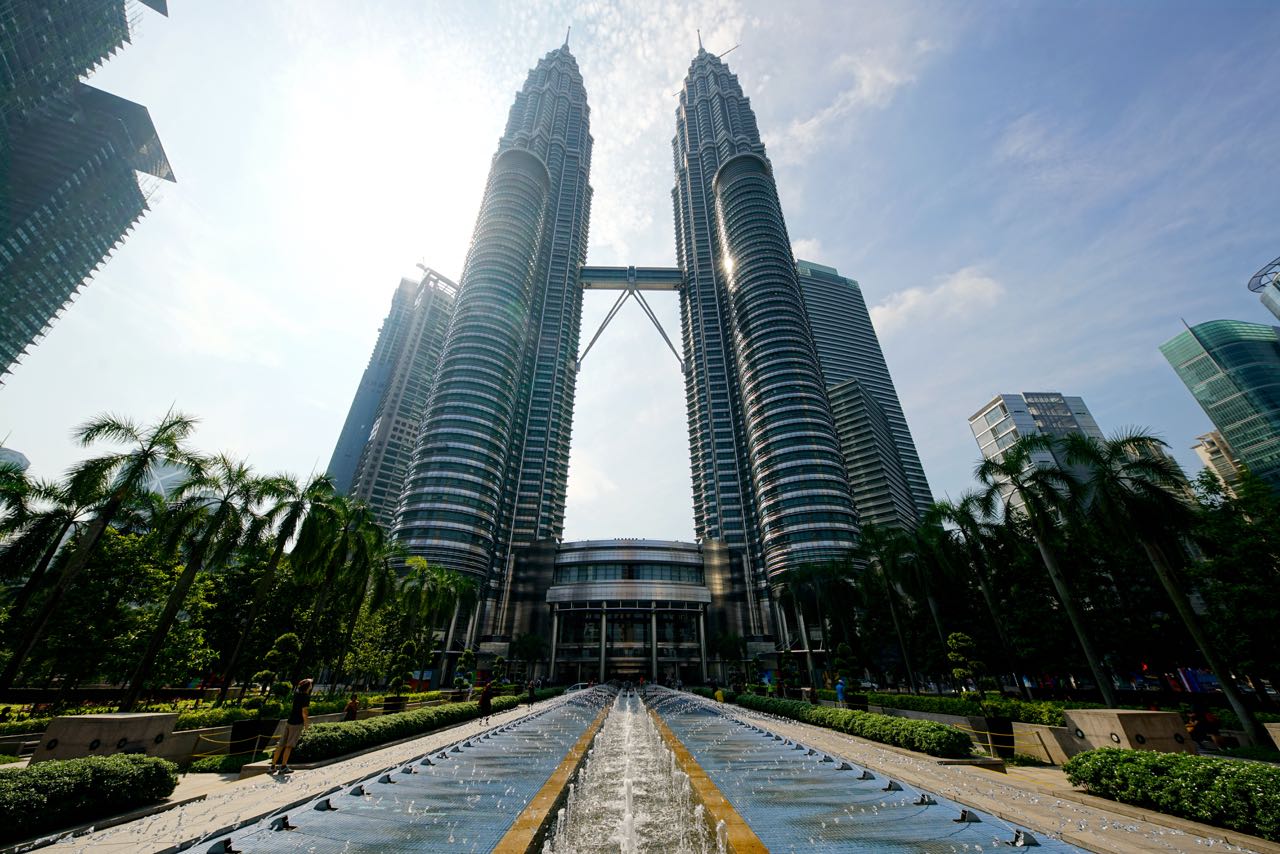 Most of the Malayan are members of the Sunni Islam and they are the ones who claim political leadership since the independence of Malaysia. The also receive preferential treatment in all matters, like government jobs and public services etc. Economical and political wise Malaysia is one of the most stable countries in Southeast Asia in which the convergence of modernity, Islam and capitalism are propagandized. But the economy is despite the liberalization measures sill highly regulated. The sovereign wealth fund Khazanah Nasional is the strategic arm of the government, those are the ones who invest in all kinds of industries. Business wise ethnic Malayan are preferred versus foreigners or  Malayan Chinese people.

Malaysias media is controlled and fare away from independent. A rigid lawful frame is restricting the development, like the Printing Presses and Publications Act (PPPA) from 1984. This law manages the print, import, reproduction, publishing, and distribution of publications. The Interior Minister hands out on a yearly bases license for print media which he can revoke at any time! If someone is breaching the conditions the can be fined with up to three years in prison. And only the government-owned agency  BERNAMA has the exclusive rights to distribute economic data, news pics and all other material in terms of printed media. All other agencies like radio, print, and television belong to close related government companies. Opposition media companies do not really exist.

Kuala Lumpur. I did book my  Airbnb – Accommodation  months ahead but what I got to see on site really impressed me. Cher How, the owner of the apartment in the complex called “The Face” rents out two small but cozy bedrooms with a shared bathroom. The location to explore KL is great by itself, but what makes this place so awesome and really special is the possibility to use the pool on the 51 st floor. The view of the Petronas – Towers is incredible and the skyline in the evening just amazing. This Airbnb accommodation is defiantly the best I had so far and the price, $ 33 per night (at that time) is unbeatable. 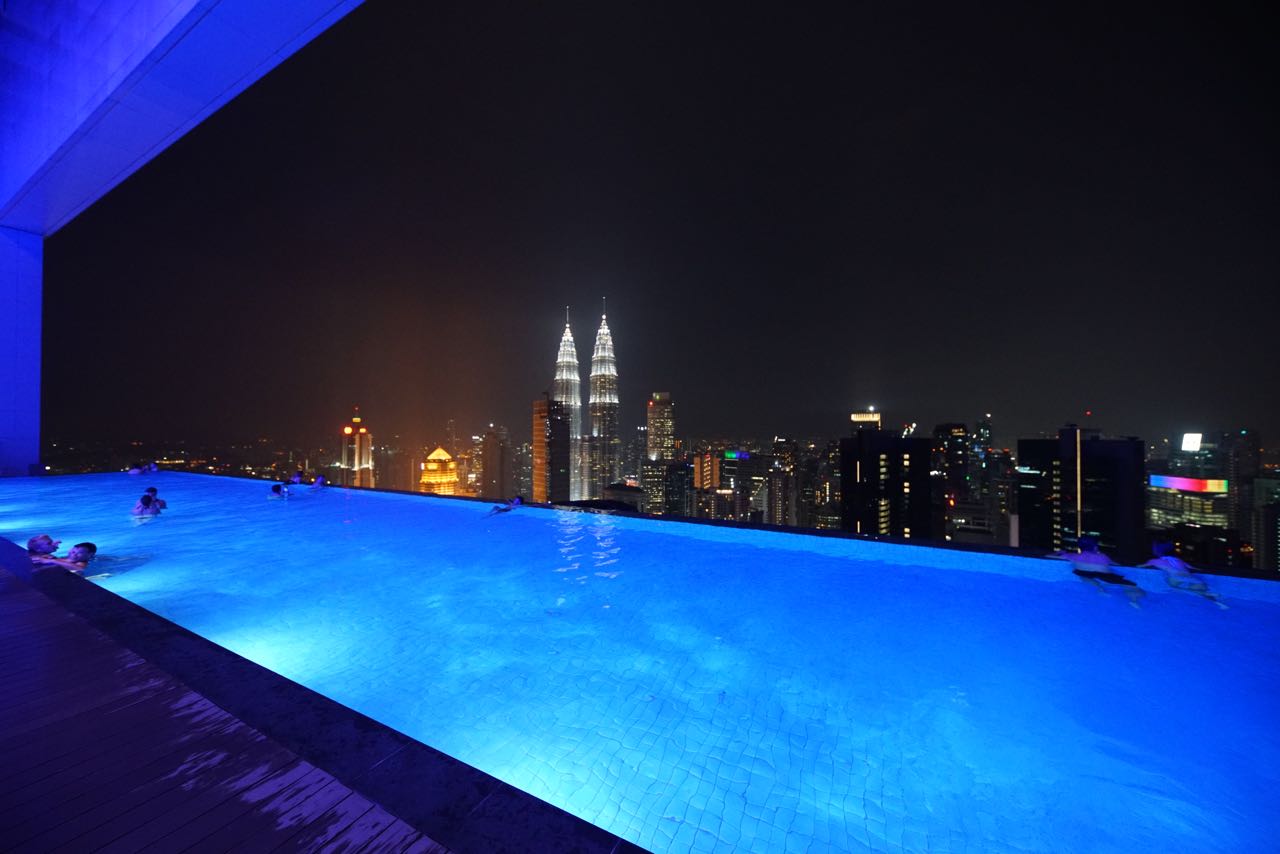 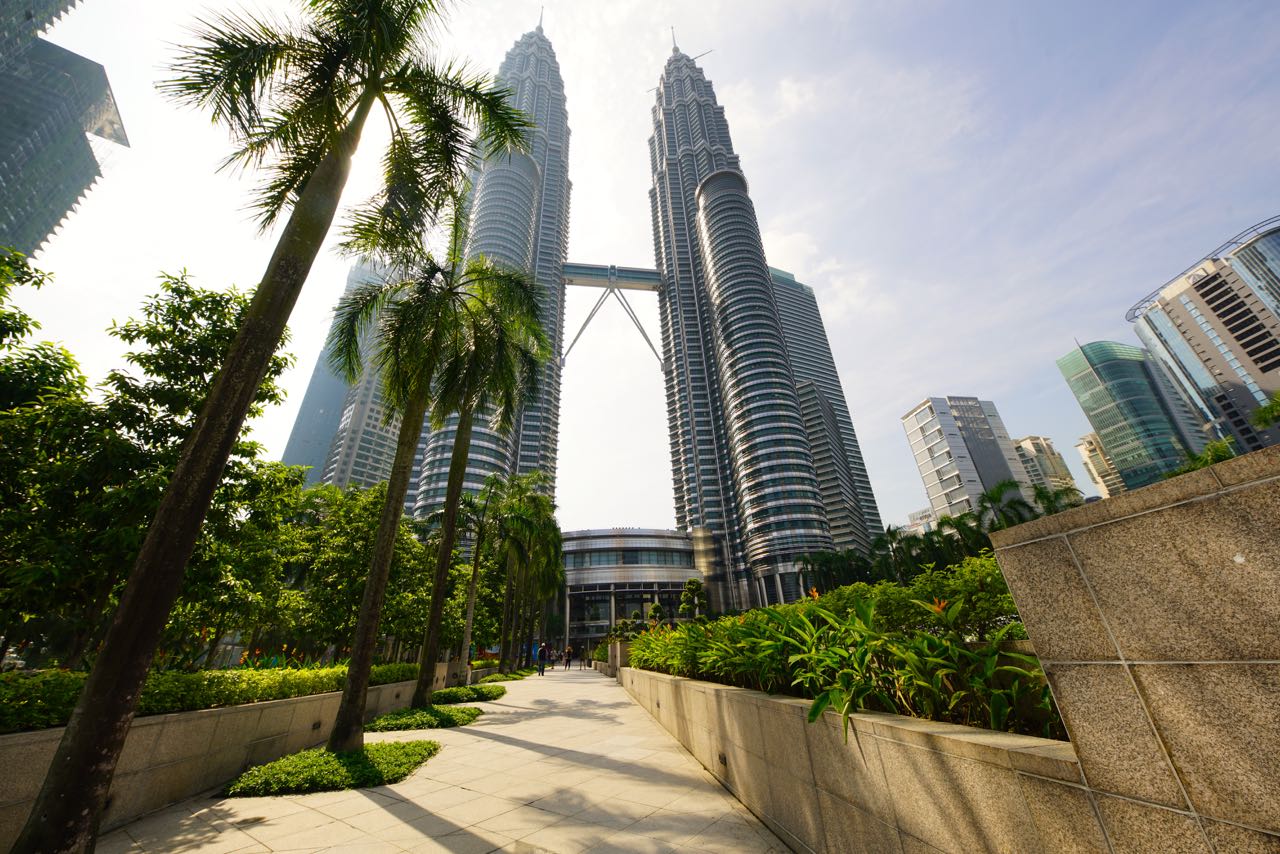 I just spend 48 hours in Kuala Lumpur which is defiantly not much but time enough to get myself amazed by strolling around in the city and to organize my jungle trip which attracted me and was my force to move on. In central Malaysia, you can find one of the oldest rainforests in the world (most even say it is the oldest rainforest in the world), the so-called: Taman Negara National Park

Of course, they are many ways to get there but a really good deal you can make with Han – Travel in Chinatown, Kuala Lumpur. This 130 million years old rainforest offers an incredible range of trails and hikes, for some you might consider getting a guide, others you just enjoy and explore by yourself. Staying overnight in a tent, going upstream by boat or exploring the jungle from high above the ground by walking on the Canopy Walk are just a few possibilities for a great jungle adventure at Taman Negara. How to get there.

Taman Negara  by google maps gives you a glimpse of how huge this area is and besides a few local tribes like the  Orang Asli settlements, there is nobody. In Kuala Tahan you can find a first class hotel and a few bungalows for backpackers. At the same location, the Sungai Taman river, dark in color (because of the humus-rich soil) flows into the Sungai Tembling. Kuala Tahan is the center or the base for starting your Taman Negara National Park adventure which you can reach via a three-hour boat ride (i liked way better than the ride in the minivan) from Kuala Tembling, or via the road by bus, taxi or car from Jerantut.

The canopy walk opens daily from 9 am till 12 am, the entrance fee is around 5 MYR (check the opening hours on the spot, the like to change !). If you are there at 9 am or around 11:30 am you have a good chance to have the Canopy Walk for yourself….at least for a few minutes. But all hiking trails, as well as the trail to the Canopy Walk, can be explored at any time. I went there several times a day to use the difference in light for taking photographs and I seldom encountered more than a few people. The signposts are good and easy to find and they have set up some observation decks close to clearing areas in the jungle. Those are good places for spotting wildlife such as monkeys, deer, all kinds of birds, wild pigs etc. Myself I have not spotted so much but I always felt like a discoverer while I was on the hunt with my camera (during the day and at night). But spotting wildlife yourself is always an amazing feeling, especially when you (try) to sneak silently through this reach and dense jungle. 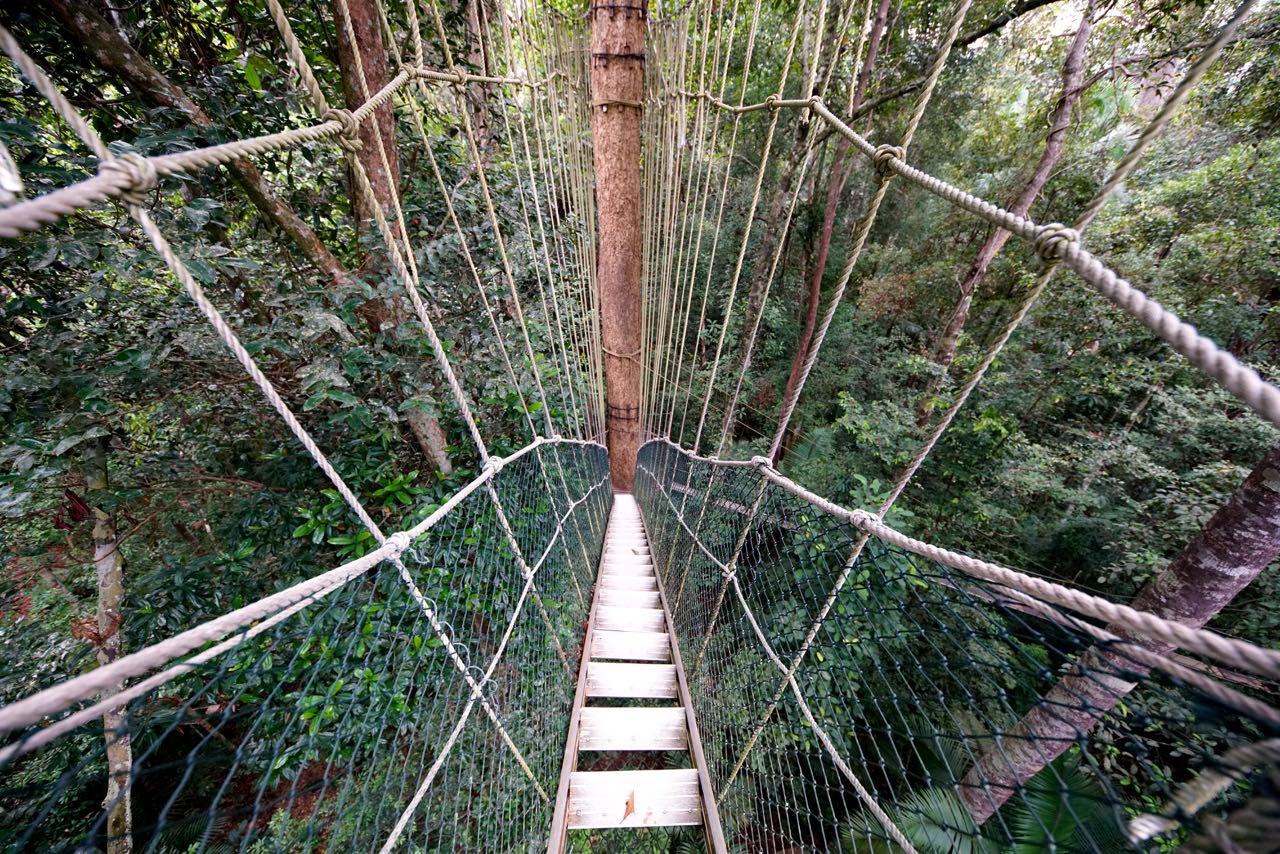 It is a fascinating feeling observing the jungle from above and looking down from the Canopy Walk. The suspension bridges are incredible and a seldom opportunity to see the jungle from such a perspective. This airy feeling fascinated me already with my first step. Lush green, filled with jungle sounds and all kinds of different distraction await you on this Canopy Walk while the awareness is focused on the present moment. I felt like being part of the jungle and it is a wonderful moving experience to feel the own roots connected to nature. All is one and everything is connected, I just love this feeling! 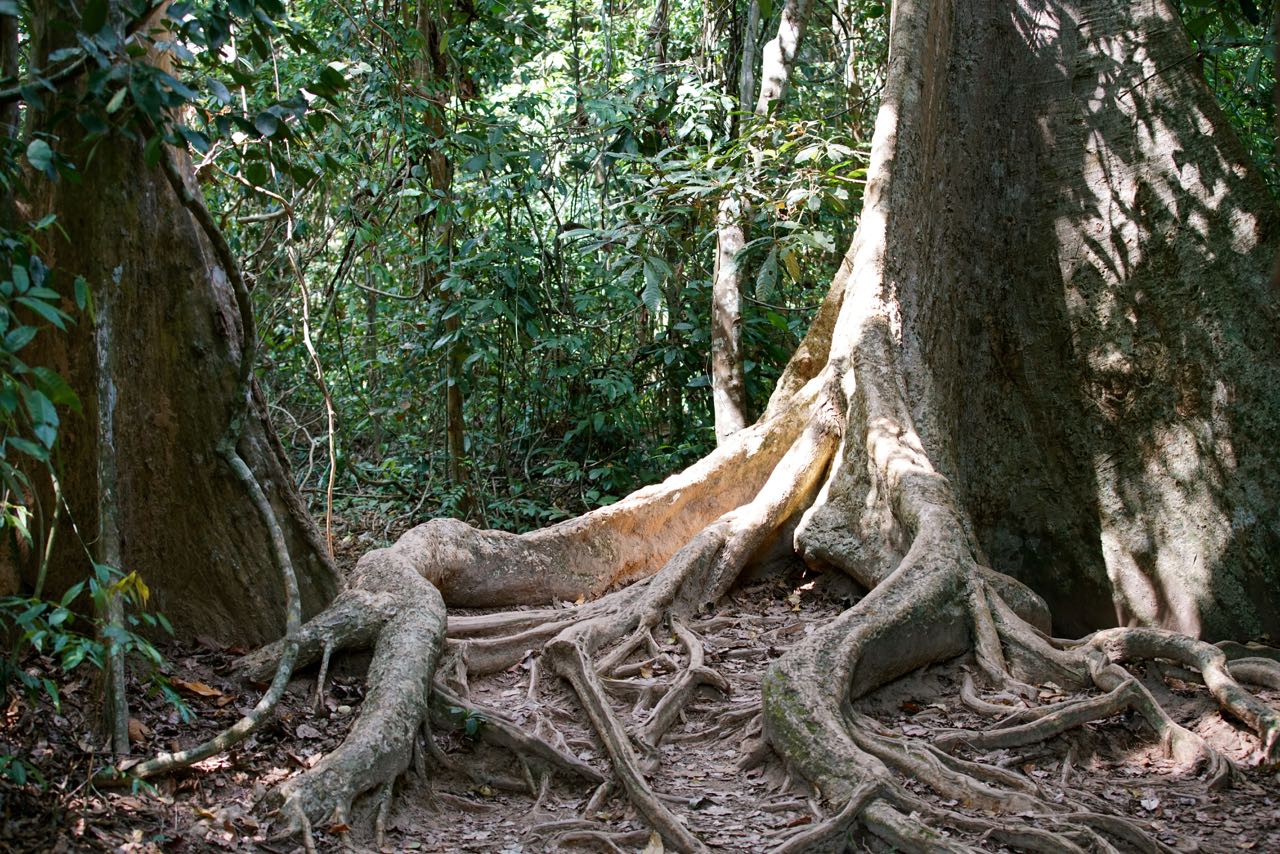 Emotional bound to this feeling it made it difficult for me to move on but I just had seventeen days to discover parts of Malaysia and I already had my next destination in mind. Penang

The federal state of Penang lays on the west coast of the Malayan peninsula, the so-called Strait of Malacca . My focus was Georgetown and that is the place where my next story will start. Georgetown is hosting some fascinating interactive Street Art from Ernest ‘ZACH’ Zacharevic . So my next blog is dedicated to Ernest Zacharevic and other artists who were invited by the municipal council in 2012 to express themselves under the motto “Mirrors of Georgetown”. Besides that, the blog shows you Georgetown today and I take you with me, guide you through this world of Street Art and its diversity. Here is the first glimpse of you… 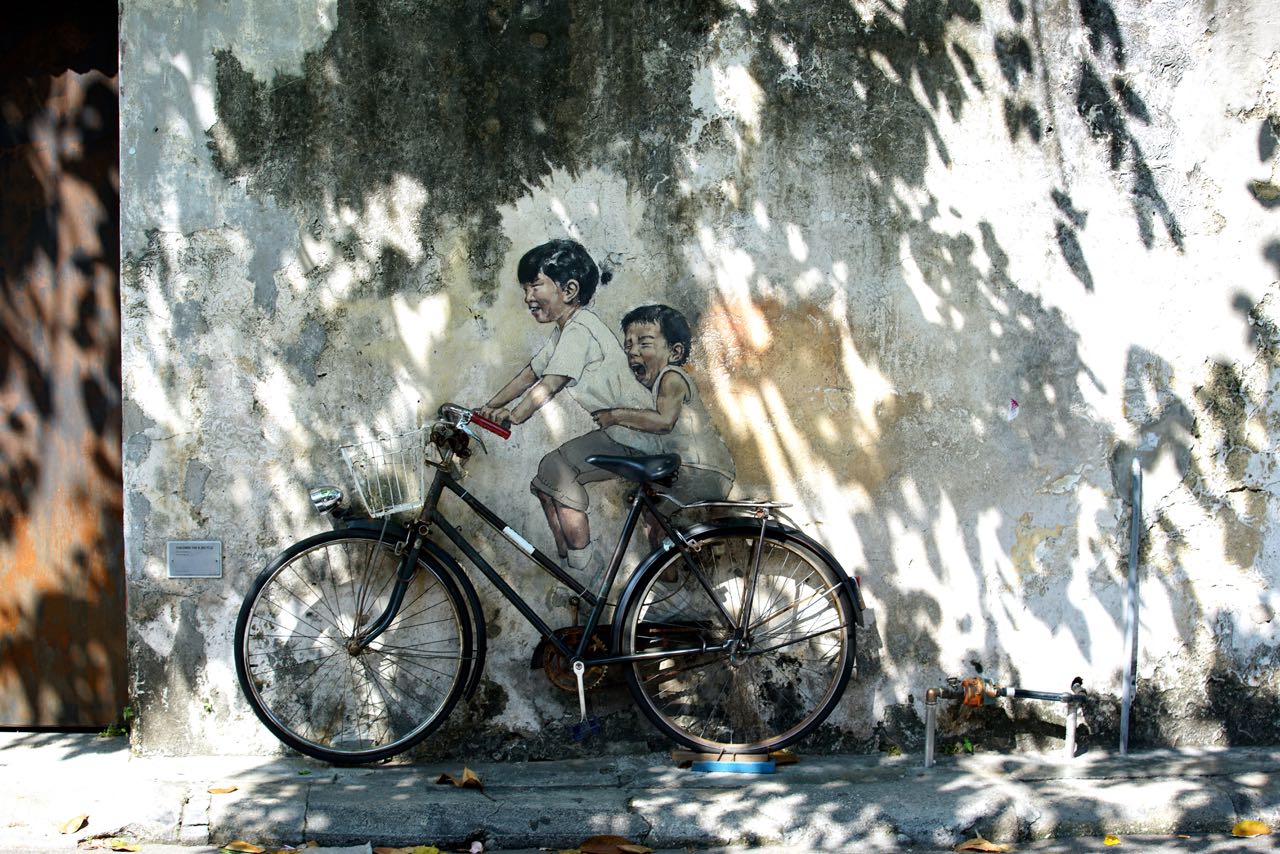 It was pure love of adventure which drove Harry and myself to Chile.  We didn’t know much about the country,...

How does the future taste like ? A self-test regarding liquid food

We are the commander of our sweet self-deception by taming our intellectual world with a carrot and stick in...